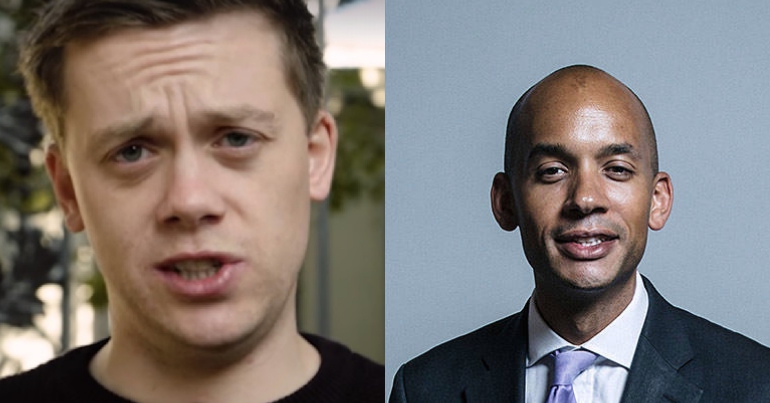 But one person who hasn’t taken this lying down is Owen Jones, who savagely laid into Umunna for his history of careerism and convenient policy flip-flopping.

Umunna has a tantrum, again…

Responding to Corbyn’s new Brexit offer to Theresa May, Umunna launched into the following incendiary rant:

This is not Opposition, it is the facilitation of a deal which will make this country poorer.
A strong, coherent Labour alternative to this shabby, Tory Brexit is absent – it has been since this Parliament began.
Totally demoralising. /1
https://t.co/cRVtopz5Qx 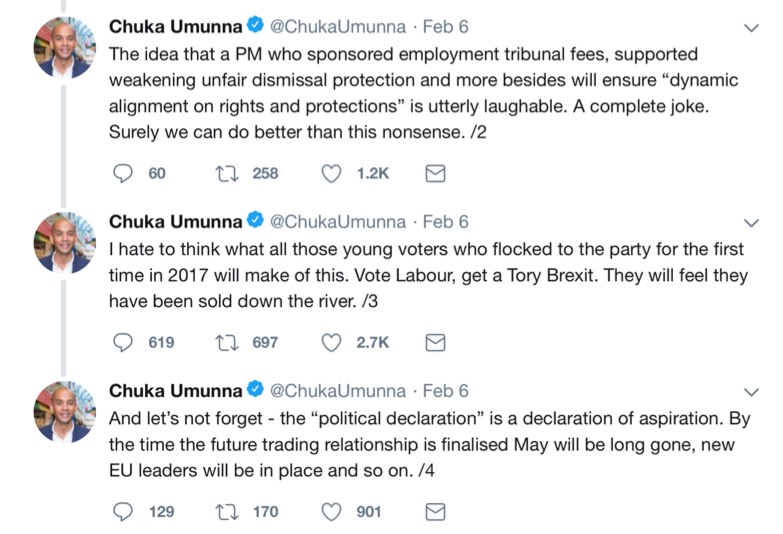 Reflecting the growing frustration of Labour members with the constant centrist sabotage, Jones tore into Umunna over his Brexit hypocrisy:

Chuka voted to activate article 50, he passionately denounced a second referendum, he called for abandoning the single market to scrap freedom of movement. We’re all entitled to change our minds on things (I have!) But this is all about him founding a new party and nothing else. https://t.co/lHFkhqGeai

And as Jones further clarified:

You’ve completely misunderstood. I’m critiquing Chuka’s metamorphosis into arch Remainer to set up a new party, not attacking him for voting to activate article 50 on its own terms

Jones then reminded people of some little-known ‘hard left’ policy positions Umunna previously held when attempting to get elected in Streatham in 2008: 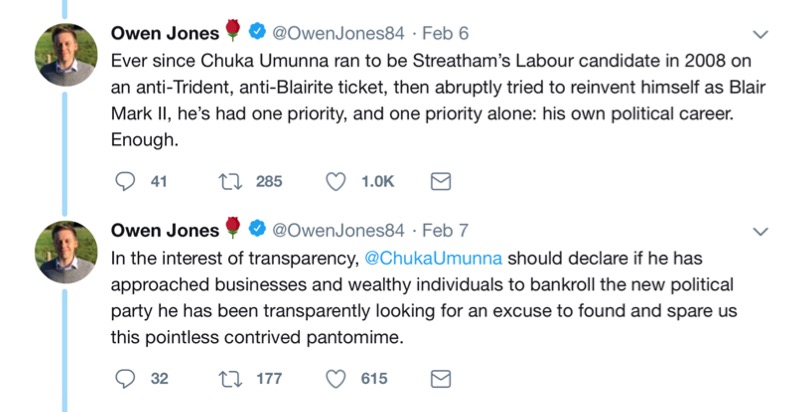 Jones also gave an insight into Umunna’s mentality by referencing the time Umunna called people “trash” on the so-called ‘MySpace for Millionaires’, ASmallWorld. And he pointed out that Umunna’s plans for a new centrist party will “help the Tories stay in power”: 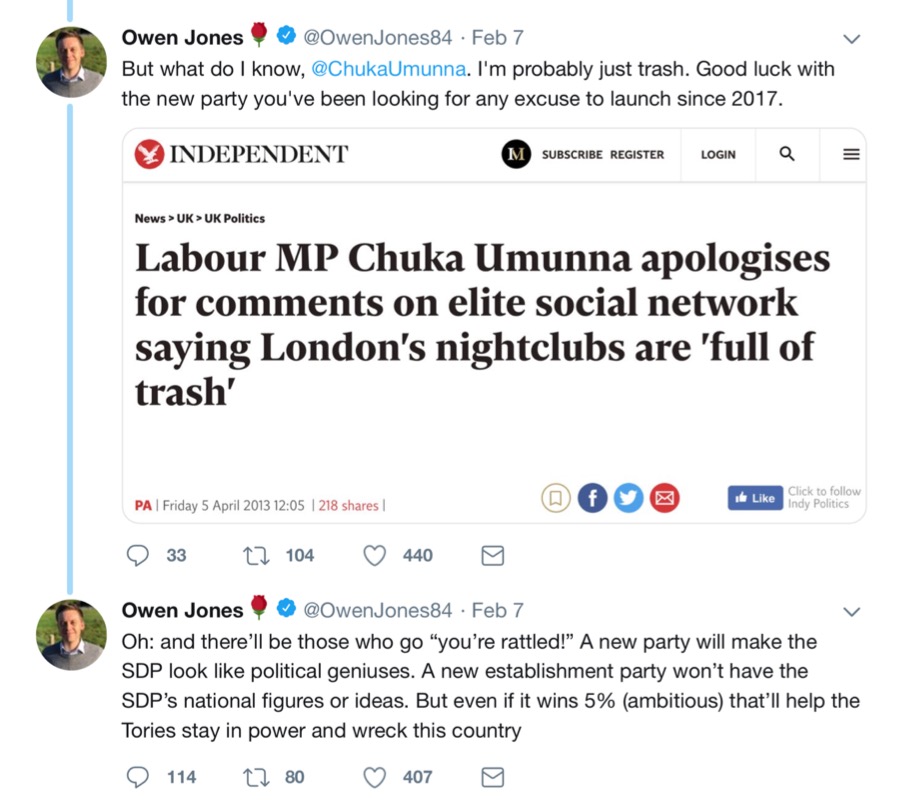 Further people highlighted other times when Umunna’s opinions have changed:

2016:
A 2nd ref would be a betrayal
We must leave SM and end freedom of movement
I've never encountered antisemitism in Labour

2019:
Brexit would be a betrayal
We must stay in SM and keep freedom of movement
Labour is institutionally antisemitic

Clare Hepworth pointed out a key point regarding Umunna standing in the 2017 General Election:

Chuka – with respect – your constant interjections and interventions are NOT helpful.
I really don't understand why you stood in GE17 – and got elected – on Labour's Manifesto if you didn't agree with it. https://t.co/SKpL4KUbRK

But as Michael Walker of Novara Media put it, career comes first for Umunna:

Nah, he’d love the Labour Party if he still thought he could get a promotion. The only thing consistent about Umunna is he only cares about himself. https://t.co/5GfUeN0DK8

The slow demise of Umunna

Umunna, who was privately educated at St Dunstan’s College, was once Labour’s shadow business secretary. Such were his future prospects as Labour leader, his Wikipedia was once mysteriously edited by a computer at Umunna’s old law firm to read “may end up as the UK’s Barack Obama”.  However, since the rise of Jeremy Corbyn, Umunna’s only achievement seems to be endlessly sowing the seeds of sabotage in the Labour Party.

As The Canary recently reported, democratic reforms in his local Labour party mean that pressure will increase to deselect him before the next election. And so with nothing left to lose, Umunna may throw caution to the wind and become even more disruptive in the weeks to come.

Jones’ intervention shows that the Corbyn-left thinks enough is enough. One way or another, it’s time for the centrists to leave.