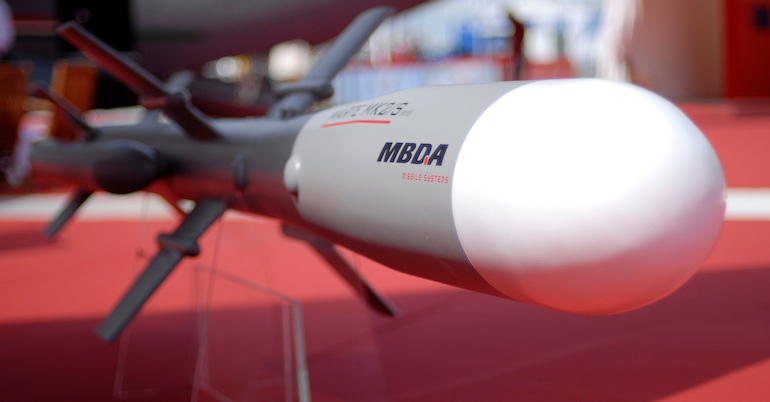 Activists have forced an arms fair to move location for a second time. The Defence Procurement, Research, Technology & Exportability (DPRTE) arms fair has been forced out of  Birmingham’s NEC Centre after continued pressure from anti-arms trade campaigners.

The arms fair was due to take place in Birmingham, on 28 March 2019. But it’s now moved to the Farnborough International Exhibition & Conference Centre. A press release from Campaign Against the Arms Trade (CAAT) stated, “this follows a vibrant local campaign against the event”.

provide buyers and suppliers of all sizes, engaged throughout the defence acquisition supply chain, with an invaluable opportunity to enhance knowledge, collaborate, share best practice and showcase innovation.

It has support from the UK Ministry of Defence and the Department of International Trade. Both are listed as event ‘partners’ but also attend as prospective buyers alongside the US Defence Department.

Exhibitors include BAE Systems, which produces many of the fighter jets being used by Saudi-led forces in the ongoing bombardment of Yemen.

“The arms industry is not welcome here”

The decision to hold the arms fair in Birmingham was announced in November 2018. The event was originally scheduled to take place in Cardiff. But it moved following protests and objections from local people.

Birmingham Stop the Arms Fair planned a day of “creative actions” against the fair. An “active and vibrant local campaign from a diverse range of local activists” highlighted key concerns about the event.

The Canary has seen an email to campaigners which claimed that the decision to move was made following consideration of “the impact of all events on all our guests”. Organisers said it was “more appropriate for DPRTE to be hosted at a more self-contained venue”.

This move is a response to the people of Birmingham and of Solihull making it clear that the arms industry is not welcome here. The DPRTE was already chased out of Cardiff, and now Birmingham. The government might be willing to ignore the death and destruction caused by the arms industry, but local people are not.

The event will now go ahead in Farnborough. Farnborough International Exhibition & Conference Centre also holds an air show that hosts a number of other arms companies such as Raytheon and Leonardo.

We are very glad that this event has been moved, but the Birmingham NEC should never have agreed to host it in the first place. The NEC should not allow its facilities to be used to support companies that profit from arming and supporting human rights abusing regimes around the world.