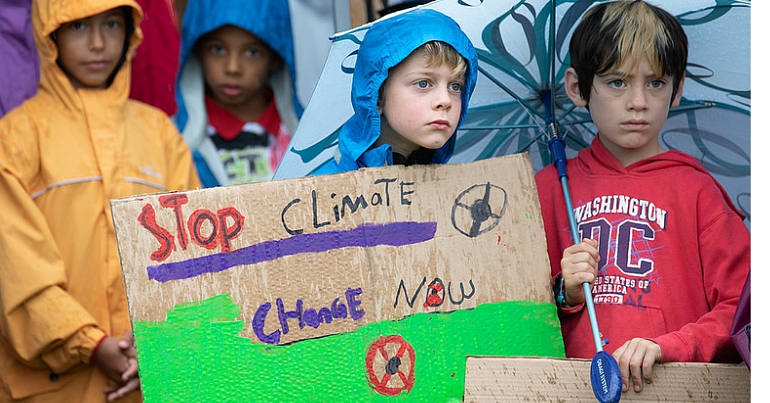 The youth climate strike movement is about to hit the UK big time. On 15 February, young people in at least thirty towns across the UK will be walking out of lessons to demand immediate government action on the climate crisis. From Belfast to Brighton, Fort William to Cardiff, the movement of young people in the UK demanding climate justice is growing rapidly.

Some young people in the UK are ahead of the curve:

Today is my 5th #schoolstrike4climate. I am striking because I love #nature, I love the people on this amazing planet and I want a future that is worth living.

"What is the point in studying for a future which soon will be no more?" – @GretaThunberg pic.twitter.com/R2dTTuz6tT

The idea of striking from school to demand action on climate change came from 16-year-old Greta Thunberg, a Swedish student who went on strike outside the parliament building in Stockholm in August 2018. She handed out leaflets which read:

Since then, Thunberg has become a global climate leader. The strike for climate has spread to an estimated 270 towns and cities around the world and involves tens of thousands of young people.

The adults strike back

The strikes haven’t always gone down well with adults. Strikes have been particularly large in Belgium, where tens of thousands of students have walked out of classes. The country’s environment minister, Joke Schauvliege, was forced to resign after claiming that the young people on strike were being “set up” by powers she declined to name.

In Australia, thousands of children walked out of school in November 2018. In response, prime minister Scott Morrison told parliament:

What we want is more learning in schools and less activism.

There was only one possible response to that, and somebody put it on a placard:

Ultimately, the crisis is so urgent that young people are undeterred by adults who wish they’d shut up and stay in school:

One of the organisers of the upcoming UK strikes, 17-year-old Anna Taylor, told the TES that she would get a detention for missing school. She said:

I don’t mind. The mass extinction of the earth compared to one day of school.

Every reason to walk out

Last year, Green MP Caroline Lucas warned that government decisions on expanding Heathrow, and cancelling a planned tidal lagoon renewable energy project, had “taken a wrecking ball to the UK’s climate policies”. Young people have every reason to walk out of school to demand a liveable future. And with a global strike planned for 15 March, it doesn’t look as if they’re going shut up anytime soon.