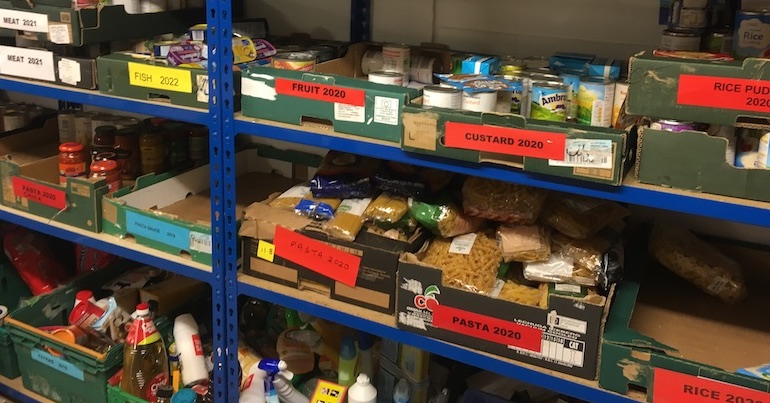 New evidence has emerged to show that the DWP has enacted yet another savage move. A job centre in East Sussex refused to give people foodbank referrals. If replicated in other areas, the implications of this are devastating for some of the most vulnerable people in the UK.

We have been advised that DWP policy does not permit Jobcentres to refer customers to food banks by issuing vouchers or referral forms.

The email said that the job centre would “verbally signpost” people to other agencies. According to Lewis Eye, the job centre told people “to go to the Citizens Advice Bureau or similar agencies”. As it pointed out, the implications of this are huge, because people claiming benefits could be “left destitute” if payments are delayed. As Universal Credit rolls out across the UK, foodbank use is soaring. Since September 2018, over “1,000 people” now receive the controversial benefit in Lewes. As the Trussell Trust reported:

On average, 12 months after rollout, foodbanks see a 52% increase in demand, compared to 13% in areas with Universal Credit for 3 months or less.

According to Lewis Eye, foodbanks in the area confirmed that referrals stopped. It formed a clear conclusion about this, alleging:

the DWP is doing this because the government is frightened that campaigners will be able to show that benefit cuts and the new Universal Credit are driving people into destitution.

“Slipping through the net”

The Independent also spoke to foodbank volunteers in Lewes. They confirmed these allegations. Debbie Twitchen from Landport Foodbank in Lewes said:

she believed it was a way for the DWP to “hide that people are going hungry and needing food banks” due to “failures in the system”, and added: “I know that it’s an obvious ploy – if you can’t show figures for something then it’s not happening is it?

Twitchen said she feared this situation meant some people would start “slipping through the net”.

According to the Independent, a DWP spokesperson claimed that foodbank referral policy “had not changed”:

Jobcentres will signpost people to food banks and other services according to their individual circumstances, as part of their support to help people manage their finances and get into work.

Thankfully, this doesn’t (yet) seem to be national policy. However, The Canary contacted national foodbank network Trussell Trust about this issue. Its response suggests that this might not be an isolated incident. It said:

There is still a very mixed picture reported by food banks about their relationships with jobcentres,

As a result, the foodbank network is working “to gather more information” about the picture across the UK. Trussell Trust told The Canary its two main concerns are:

How do we make sure that someone facing hunger right now is able to access the best possible support as quickly as possible.

How do we move towards a future where people don’t need to be referred to a foodbank in the first place.

Yet under the Conservatives, it seems unlikely that foodbank use will drop. As The Canary previously reported, the impact of austerity alongside the rollout of Universal Credit is devastating, forcing more people than ever to use foodbanks. In 2018, demand rose by 13%.

As The Canary also reported, in January, a Commons select committee report condemned the Conservative government’s failure to “recognise and respond to the issues of hunger, malnutrition, and obesity in the UK”. Pointing to rising levels of food poverty – particularly for children – it made a damning recommendation: to appoint a minister for hunger to deal with the spiralling crisis.

If this does become national policy, it also poses another serious issue. Foodbanks work with “frontline professionals, such as doctors, health visitors, social workers and the Citizens Advice”. These are the “other agencies” who can also make foodbank referrals. But nine years of Tory-led austerity means that these services are stretched to breaking point already. Citizens Advice Bureau (CAB) for example, first reported on the impact of funding cuts in 2011. By 2017, a government response stated that 68 CAB branches had closed since 2012.

It’s shocking that people need to use foodbanks in the first place. But for the DWP to make it even more difficult for vulnerable people to eat is simply unforgivable.