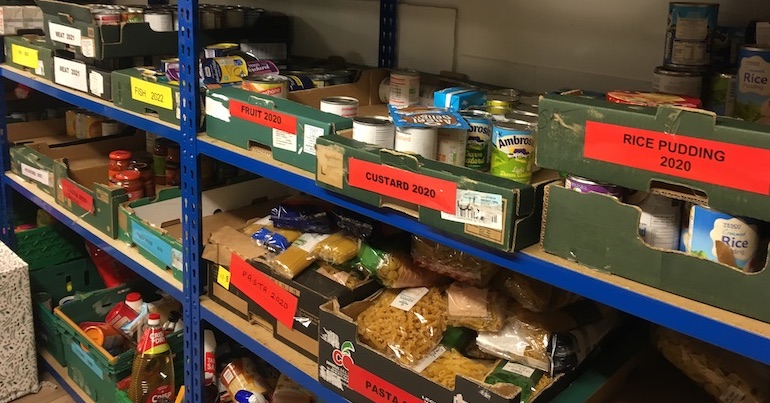 On 10 January, a Commons select committee report condemned the Conservative government’s failure to “recognise and respond to the issues of hunger, malnutrition and obesity in the UK”. Pointing to rising levels of food poverty – particularly for children – it made a damning recommendation: to appoint a minister for hunger to deal with the spiralling crisis of poverty in the UK.

The report from the Environmental Audit Committee (EAC) slams the UK’s “significant and growing” levels of food insecurity. This is defined as “limited access to food… due to lack of money or other resources”. It also found the UK has the worst levels of food insecurity in Europe, especially for children. One in five children in the UK (19%) are hungry.

Food poverty creates two devastating issues: “malnutrition and obesity”. Too many people can only afford the “very cheapest foods, which are often nutrient-poor but calorie-rich”. To resolve this issue, the cross-party report recommends that the government needs to appoint a minister for hunger.

Labour’s David Lammy condemned these findings and called it a “scandal”:

It is a scandal that we, as one of the world's richest countries, are failing to meet UN Sustainable Development Goals and more than two million Britons are now food insecure. https://t.co/8OqASYt7Ks

the sad fact is that more children are growing up in homes where parents don’t have enough money to put food on the table.

She was also clear where the blame for this situation lies:

The combination of high living costs, stagnating wages and often, the rollout of Universal Credit and the wider benefits system, means that levels of hunger in Britain are some of the highest across Europe.

She called the impact on children, “a scandal which cannot be allowed to continue”. The government, she insisted, must take “urgent action at home to tackle hunger and malnutrition”.

This latest news is part of an ongoing crisis. As The Canary has previously reported, the impact of austerity alongside the rollout of Universal Credit is devastating, forcing more people than ever to use foodbanks. In 2018, demand rose by 13%.

A failure to address the root causes of poverty has led to soaring need for food banks, with more than 1.3 million food parcels provided to people by our network last year. It’s not right that anyone in our country faces hunger, and it’s not inevitable.

Revie called on the government “to take concrete steps towards a UK where everyone has enough money for food”.  And she pointed out that while foodbanks continue to support “those in crisis”, this can’t fix the cause of the problem: that people simply don’t have enough money for food. “To end hunger,” she continued, “we need to understand the true scale of the challenge”. Ultimately, this can only come from government action to end the number of people “swept into poverty”.

This news has stunned and angered many people. As lawyer and campaigner Peter Stefanovic pointed out, it reveals the true extent of the devastation caused by the Tories:

This is the point the country has reached under the Tories. MPs are now demanding a dedicated 'Minister for Hunger' as one in five children face food insecurity https://t.co/HjjAc3LZOt

And several people pointed out that the very idea of a minister for hunger tips us closer than ever towards a dystopia that’s beyond even George Orwell’s nightmare vision:

A Minister for Hunger. You couldn't make it up. George Orwell couldn't have made it up.

Although this news is shocking, for those living in poverty and suffering as a result of nine years of Tory-led austerity it’s no surprise. In a country where so many children are going hungry, we need change, and we need it now.