Tories' 'Minister for Hunger' ready to join the other horsemen - Canary 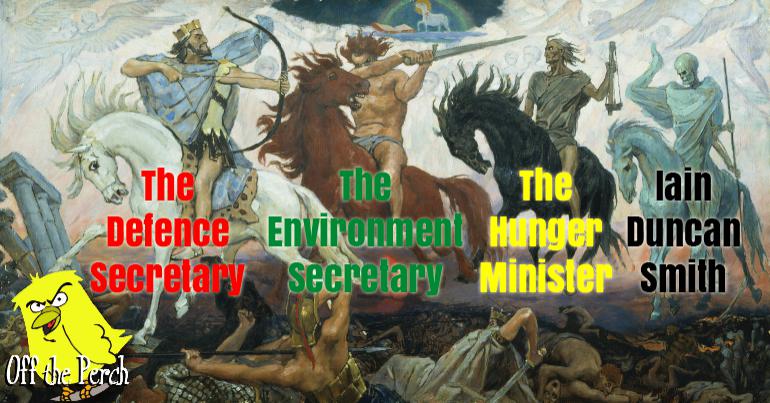 A parliamentary committee has recommended that the government set up a so-called “minister for hunger”. Arguably, we could avoid the creation of such an office by instructing the government to just stop making people hungry. This would involve seeing the wood for the trees, however, and so here we are.

Regardless of why we’re getting this new minister, it will at least add ‘Famine’ to the four Tory Horsepeople.

The Four Horsepeople of the Conservative Party are:

Creating new ministers to deal with the problems created by other ministers is exactly the sort of nightmare politics we expect from the Tory Party. And yet, we could probably do with such a minister.

Unless their job is primarily just massaging statistics to make it look like hunger isn’t an issue anymore. Which is almost certainly what they’ll do, if every other government office is an indicator.