Dear David Mundell: you're right, coming out is 'difficult' and the Tory Party made it harder for millions - The Canary 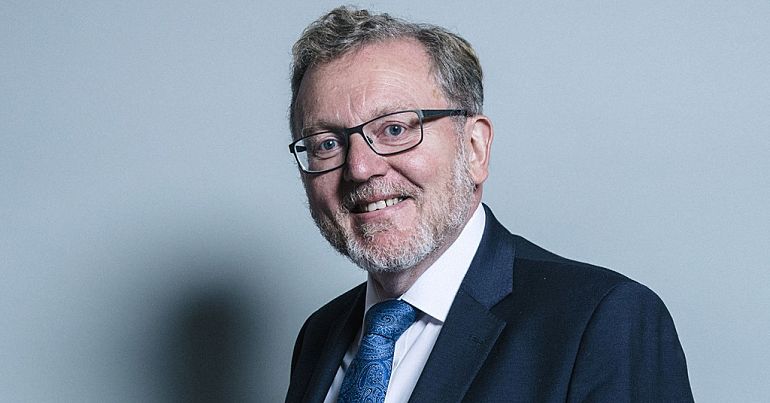 On 22 February, it was Purple Friday. It takes place on the last Friday of LGBT history month and is a day to stand against homophobia, biphobia, and transphobia. I saw coverage about the secretary of state for Scotland David Mundell MP speaking up about the importance of marking LGBT history month. But I couldn’t help but reflect on LGBTQI+ history of the Conservative Party, and felt the need to write him an open letter. Most importantly because Mundell said “coming out was one of the most difficult things I have done”.

I am writing this letter after seeing your comments about how “difficult” it was ‘coming out’. As reported in PinkNews, you said it was one of the most important and difficult things you have done. You also said you received support from friends, family, and colleagues – which would have been invaluable. I can relate to a lot of what you went through in January 2016, as I am a gay man too. You’re right, coming out is difficult but freeing. But I take issue with the historic stance of your party on LGBTQI+ issues. And more specifically, your own early voting record on said issues. I was a pupil of the UK education system under Section 28. And that policy made it even more difficult for millions of LGBTQI+ individuals to come out – including myself.

As you will be aware Mr Mundell, Section 28 was an amendment to the Local Government Act 1988. It was made legislation by Margaret Thatcher’s government. As described in the Guardian, the legislation was to prevent the ‘promotion’ of homosexuality or those “pretended family relationships” by local government. This meant any materials that included same-sex relationships or families were banned in schools – including novels and important health advice. This is particularly worrying as this policy was imposed at the height of the HIV/AIDs crisis. Section 28 also prevented councils from using funds on educational materials or other projects that ‘promoted’ an LGBTQI+ lifestyle. Essentially it was silencing the LGBTQI+ community from education in the UK. It oppressed a community that you now belong to.

Your party and your voting record

This policy was abhorrent. But after the creation of the Scottish Parliament in 1999, Section 28 was repealed in Scotland in June 2000. It was later repealed across England and Wales in 2003. You will know that, Mr Mundell, as you sat as an MSP for the South Scotland region at the time. You voted with your Scottish Conservative colleagues to keep Section 28. Your party was the only one not to back its repeal. You were also not present for the vote on equalising the age of consent for gay men to the same as heterosexual couples. Another policy of equality that your colleagues did not support. It is fair to say the Tories’ position on LGBTQI+ issues was appalling.

I do hope you now regret that decision to vote against the repeal of Section 28. Because that policy made high school a confusing time for me and many other LGBTQI+ individuals. Being LGBTQI+ wasn’t mainstream, and to some, it seemed ‘wrong’. I know plenty of people who also struggled coming out in this environment. And as a gay man, I find it mind-boggling that you can even support the Conservative Party, let alone serve on the frontbench at Westminster.

I profoundly disagree with you on many policy areas but can respect your choice to your political views. But you were a part of the party that made coming out difficult for every member of the LGBTQI+ community of my generation. You were a member, an activist, and an MSP in the Scottish Parliament for the Scottish Conservative Party whilst Section 28 was in place. Whilst you were unable to be comfortable with your own homosexuality, you were depriving others of the means to be comfortable with theirs. And I find that hard to get my head around and impossible to respect.

You must understand and accept it

I understand everyone has different personal circumstances that can make coming out challenging. I was lucky to have supporting and encouraging parents – so that helped. And you having children must have brought unique stressors that I can’t comprehend. But when you say coming out was difficult, you must understand and accept that your party has made it difficult for millions to come out and be themselves. And you must accept that you were partly to blame.