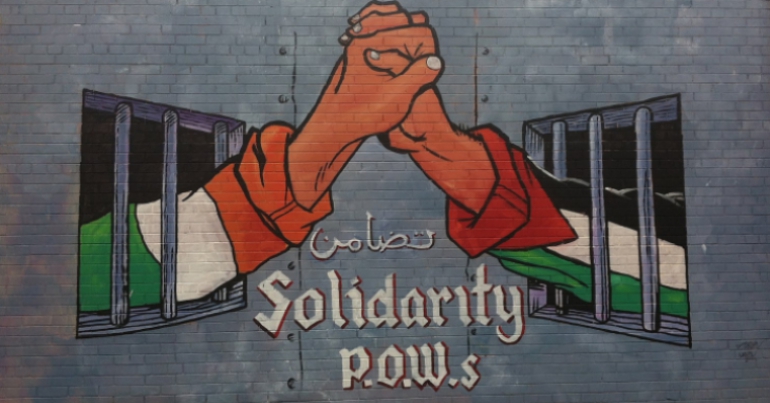 Dublin City University (DCU) students will soon vote on a proposed boycott of Israel. DCU Students for Justice in Palestine (SJP) campaigned for the referendum. If a yes vote is successful, DCU Students’ Union (SU) will have to call on the university to boycott Israeli institutions. Boycott, Divestment, and Sanctions (BDS) is the movement which:

aims to end international support for Israeli violations of international law by forcing companies, institutions and governments to change their policies.

As The Canary has previously reported, many companies profit from the Israeli occupation of Palestinian lands.

According to the College View, the referendum will ask:

Do you think DCU SU should adopt a stance in active solidarity with Palestine by aligning the Union with the Palestinian call for BDS?

Stephanie O’Toole, the chairperson of SJP, spoke to The Canary. She said that a yes vote would give the SU a mandate “to lobby DCU to end ties with companies and institutions who are found to be complicit in occupation and apartheid”. The idea, she explained, is “to build a culture of solidarity with Palestine”. Furthermore, she stated:

The Palestinian cause is a righteous one and our university, especially its student union who we elect to represent us, should at a bare minimum represent all of its students, including the Palestinian students on campus who cannot return to their families and homelands because of a brutal regime of occupation.

O’Toole also pointed out that DCU “has researched and worked with 9 Israeli institutions from 2015 to 2018”.

The Ireland Palestine Solidarity Campaign (IPSC) also support a yes vote. In a statement seen by The Canary, it said:

The Ireland-Palestine Solidarity Campaign calls on all students who care about human rights, freedom, justice and equality for all people to vote in favour of this referendum.

It “urge[s] students to listen to [the] call for solidarity from Palestine”. Furthermore, it told The Canary, “Time is running out for Palestinian people”. As a result:

Our solidarity is needed now more than ever.

If passed, the referendum would add DCU to the growing list of Irish universities whose SUs endorse BDS. In 2014, students at the National University of Ireland Galway voted yes in a similar referendum. And more recently, in 2018, students in both University College Dublin and Trinity College Dublin also voiced their support of BDS. In the north of Ireland, students at Queen’s University Belfast also support BDS. In all cases, students gave the SUs of the universities a mandate to advocate for BDS.

DCU students are due to vote between 5 and 7 March.