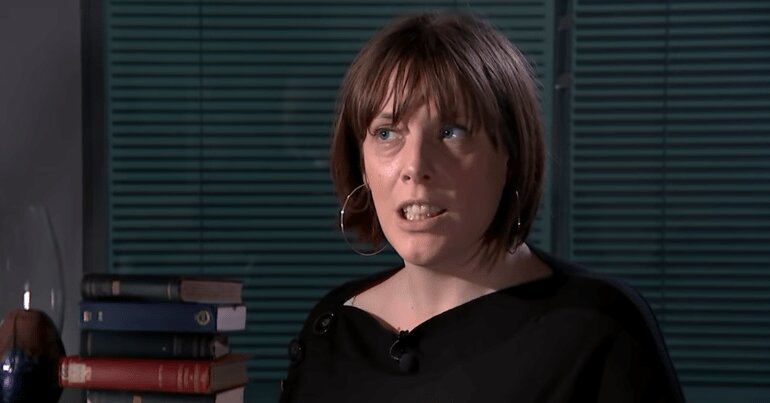 On 21 February, Labour MP Jess Phillips made what could be the most ludicrous accusation of antisemitism so far. And there has been some tough competition.

My red line is the antisemitism… I think that there is an opportunity for [Jeremy Corbyn]… to really comment very very strongly and say things like… what happened with the Labour Party students this week when they put ‘Palestine lives’ at the announcement of Joan Ryan leaving, that that is antisemitic and it has to stop.

But correcting the record, grassroots group Jewish Voice for Labour told The Canary:

Joan Ryan is a non-Jewish MP whose activities as chair of Labour Friends of Israel have pitted her repeatedly against supporters of justice for Palestine…Yoking her resignation with the slogan “Palestine Lives” seems entirely justifiable and carries no hint of hostility towards Jews. The fact that the tweet seems to have been removed is a reflection of the gagging of pro-Palestinian voices that Ryan and her allies promote.

Here Jess Phillips MP claims that Young Labour is "antisemitic" for tweeting the phrase 'Palestine Lives' at the resignation of Joan Ryan MP. Yet:
– Ryan isn't Jewish.
– Ryan is a pro-Israel campaigner who argues international law should be denied to Palestinians. pic.twitter.com/1q340KP4AJ

She was filmed in Al Jazeera’s 2017 documentary The Lobby concocting unjustified allegations of antisemitism against a Labour Party conference delegate who had questioned her attitude to the Israel-Palestine conflict. She has been a vociferous participant in the right-wing campaign to brand Jeremy Corbyn and his supporters as antisemites and Holocaust deniers. She has gone so far as to suggest that it is antisemitic to advocate the UN-sanctioned right of return for Palestinian refugees.

Given such a response from Jewish Labour supporters, The Canary asked Phillips to defend or retract her antisemitism allegation, but hadn’t received a reply at the time of publication.

Undermining the fight against antisemitism

This is an ongoing problem. Phillips is far from the only anti-Jeremy Corbyn figure to misuse the term “antisemitism”. Jewish Chronicle editor Stephen Pollard backtracked in September 2018 after suggesting Corbyn was being antisemitic for calling out the bankers who caused the financial crash. The Jewish Chronicle has relentlessly published articles accusing Labour of antisemitism. But many of the allegations against Corbyn heavily rely on misrepresentation. For example, the Jewish Chronicle suggested Corbyn hosted an antisemitic event in parliament in 2010, because speakers compared the actions of Israel to the Nazis. But at the meeting, a Jewish Holocaust survivor was addressing a room of predominantly Jewish people.

Allegations like these also risk undermining genuine instances and genuine concerns about antisemitism in Labour and wider society. Such as a 2012 comment from former politician Derek Hatton, who was recently suspended from Labour as a result. Hatton tweeted that Jewish people need to start “speaking out publicly against the ruthless murdering being carried out by Israel”. This tweet assumes collective responsibility for Jewish people everywhere for the actions of Israel’s far-right regime. It’s like arguing that all Muslims must apologise for the crimes of ISIS (Daesh).

There are cases of antisemitism on the left and they need stamping out. But the witch hunt allegations of Phillips and Pollard, meanwhile, only damage anti-racist movements and the quest for justice for the Palestinian people. Indeed, on 20 February, over 200 Jewish Labour supporters said that Corbyn’s Labour is actually a “crucial ally in the fight against bigotry and reaction”.

In the Channel 4 interview, Phillips also claimed that there’s a “real chance” the Labour party is finished unless it “pulls its socks up”. Yet Labour increased its vote share by more than at any point since 1945 in the 2017 election.

All things considered, Phillips does seem to be very out of touch with the Labour movement, despite being an MP in the party. She needs to stop undermining the global struggle against racism with utterly ludicrous allegations immediately.