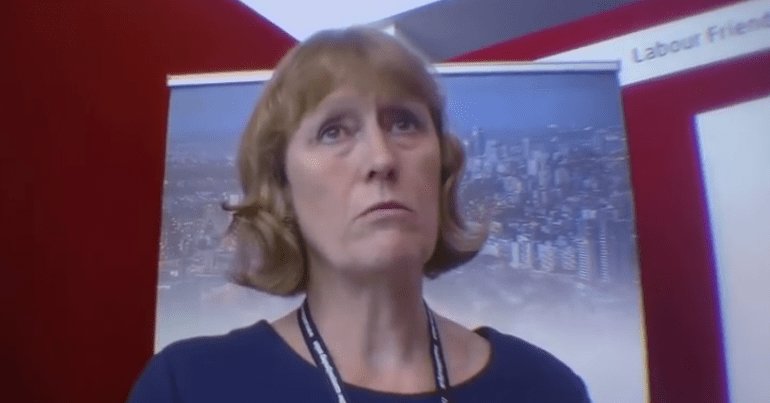 On 20 February, Ryan joined seven other Labour and three Tory MPs in resigning from their respective parties to join a new centrist parliamentary faction. And Ryan, chair of the Labour Friends of Israel pressure group, says she resigned over a “scourge of anti-Jewish racism” that she claims has “infected” Labour under Jeremy Corbyn.

Can we trust Ryan?

Yet undercover footage from the 2016 Labour Party conference brings Ryan’s claim into serious question. And the footage comes in addition to the context that:

Al Jazeera‘s investigative documentary The Lobby filmed Ryan appearing to misrepresent comments from Labour member Jean Fitzpatrick in order to accuse her of antisemitism. Ryan claimed the Labour member said that, if you join Labour Friends of Israel, “you get into Oxford or you get into working in the bank”. And Ryan concluded: “That’s antisemitic.”

But the following undercover footage of the exchange, which leads to Ryan accusing Fitzpatrick of antisemitism five minutes in, shows that the Labour member did not mention banking:

After Al Jazeera released the documentary, Ryan stood by her allegation:

It is the duty of Labour Party members – whether in Parliament or at the grassroots – to report language that they believe to be racist or antisemitic. References to groups having ‘lots of money … lots of prestige in the world’ and suggestions that they advance people’s careers appeared to me to evoke classic antisemitic tropes.

But are there more fabrications from Ryan?

Upon quitting, Ryan – who had multiple ministerial roles under Tony Blair- also claimed that she won her seat:

in spite of [Mr Corbyn], not because of him. I didn’t win my seat on his coat tails

But the evidence suggests the opposite is true. In September 2018, a YouGov poll found that just 2% of Labour supporters voted for the party in 2017 because of the local candidate. 83%, meanwhile, said they voted for Labour either because of its policies or values. And under Corbyn in 2017, Ryan saw her majority increase by 14%. Nonetheless, Ryan and the other Blairites have quit the party without calling a by-election to re-contest their seats. Instead, it looks like they’ll simply sit in parliament on their own terms rather than those they were elected on.

In June 2018, a letter from the Labour Friends of Israel chair equated upholding “Palestinian right of return” with antisemitism. Novara Media senior editor Ash Sarkar laid out the problem with that:

Israel withholds the right of indigenous Palestinians who were forced out of their homeland to return. By contrast, Israel grants citizenship to any Jewish person around the world.

These revelations should have been enough for the Labour leadership to call an inquiry into Labour Friends of Israel. Now, a number of its key members are splintering from Labour and launching yet more damaging attacks on the Corbyn-led movement. And the corporate media is aiding and abetting them through hiding the context that brings Ryan and the other quitters’ accusations into serious question.

There’s no place in the Labour Party for apologists for Israel’s apartheid, occupation and systematic subjugation of the Palestinian people. With that in mind, the phrase ‘good riddance’ seems appropriate.