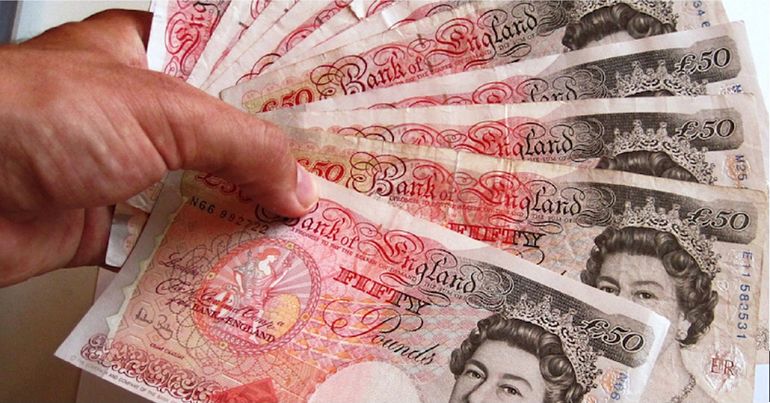 On 20 February, three Conservative MPs – Anna Soubry, Sarah Wollaston and Heidi Allen – jumped ship to join the Independent Group with eight former Labour MPs. But serious questions remain about quite how this new group will be funded. Because it’s not eligible for any public funding.

Since 1975, so-called “Short Money” has been “allocated to opposition parties for parliamentary duties”. According to the Herald, the Independent Group thought it would qualify for “hundreds of thousands of pounds in ‘short money’”. But it’s since emerged that:

the House of Commons has confirmed that short money is not available “to a new political party, if it was established in the middle of parliament”… [This] means that the group will have to rely on public donations to survive in the meantime.

But there was another question over funding the newly independent MPs. Because as The Canary also reported, it looked possible that the new group might exploit important loopholes in electoral law.

The Independent Group website shows that it’s “supported by Gemini A Ltd”. This is a private company, registered with Companies House on 16 January. Former Labour MP Gavin Shuker controls “75% or more” of the shares. The Guardian‘s Jim Waterson suggested this meant that, because the group is actually a private company, “it isn’t subject to electoral law rules requiring [it] to declare financial backers”.

The Electoral Commission has now confirmed that donations over £1,500 will still need to be accounted for. But only days after it was formed, a number of other questions remain about the Independent Group’s transparency and accountability.

Public records of MPs’ expenses reveal that many of these MPs have high outgoings for their work. In fact, most of the former Labour MPs claimed more in expenses than Labour leader Jeremy Corbyn.

Before becoming Labour leader, Corbyn made significantly fewer expense claims than these other backbench MPs.

Some of the newly independent MPs however, already have additional sources of income.

As The Canary reported, questions have also emerged about some Independent Group members’ links with private companies. Smith, for example, voted against nationalising UK water services. Yet, as the Morning Star reported, she and her husband have financial links to “private water companies that also fund the all party group for water that she chairs”.

Smith is also listed as an officer for the Industry and Parliament Trust (IPT). This “educational charity” links corporations with MPs. Its list of business supporters includes major banks, arms companies, oil multinationals, and key outsourcing giants like Capita and Serco. It also lists Cuadrilla – the company behind controversial fracking processes – as a supporter. Smith voted against Labour to support fracking. As Evolve Politics reported, the IPT is “granted special access to directly influence the decisions of MPs from within Parliament”.

Umunna, meanwhile, receives considerable additional income from a wide range of private companies, in addition to his MP salary of £77,379. The Register of Members’ Interests shows that this includes an additional salary of “£65,040 a year” for his work with The Progressive Centre thinktank. No one, however, seems to know who funds it.

Six of the eight former Labour MPs are members of the influential Labour Friends of Israel (LFI) group. Joan Ryan, who quit Labour on 19 February, is chair of LFI. Along with Luciana Berger, she also claimed that a “culture of anti-Jewish racism” in the Labour Party was part of her reason for leaving. This led some people to speculate about potential funding behind the new group.

Support from the State of Israel, which supports both Conservative and Labour ‘Friends of Israel’, of which Luciana [Berger] was chair, is possible and I would not condemn those who suggest it, especially when the group’s financial backers are not being revealed.

It’s important for democracy to know the financial backers for any political group or policy.

George was later forced to issue an apology for suggesting that Israel might be funding the Independent Group. However, if its funding sources remain secret, this is an accusation that may not go away. Because, as Asa Winstanley reported in 2017, an undercover film called The Lobby claimed that LFI “is a pro-Israel lobby group inside the UK’s main opposition party”. Winstanley also claimed that the film establishes ‘financial links’ between LFI and Israel:

In response, LFI issued a statement that claimed:

the money was in relation to a visit “advertised by and paid for by the Israeli embassy. It had nothing whatsoever to do with LFI delegations.”

Ryan’s involvement in this matter has resurfaced widely on social media since she joined the Independent Group:

Joan Ryan MP, who was caught on film accepting a secret £1 million from the Israeli Embassy to spread around for Israeli influence, joins the "independent group" just after Ruth George is universally castigated for suggesting it may be Israel funded. https://t.co/3HmffhQc1x

Less than a week after forming, one thing seems certain. There are more questions about who’s funding the Independent Group than there are answers.