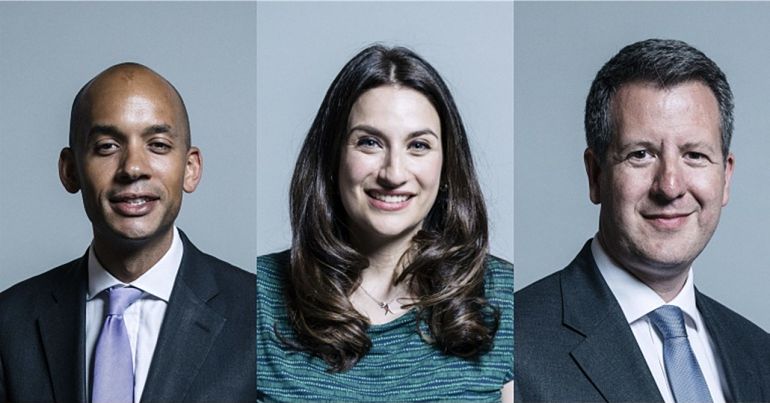 On 18 February, seven MPs resigned from the Labour Party to stand as independents. But a quick look at their voting record offers valuable insight into what to expect from the new Independent Group. Most backed the Iraq war, some back controversial issues like fracking. And to top it all, as well as dubious industry links, they’ve exploited a legal loophole over funding. Just a few hours in, the shitstorm is growing.

The move is a “gift” for “beleaguered Theresa May and warring Conservatives”. As May pushes the country further into chaos over Brexit, she must be over the moon. But the ‘values’ that the seven newly independent MPs – all elected on the back of the Labour manifesto – stand for say it all.

Shortly after the seven MPs made their announcement, Momentum got the ball rolling and shared a few of the Independent Group’s top voting moments. For a start, there was Umunna’s peak hypocrisy around paying interns:

In 2018, he advertised for a free intern. Umunna claimed he was simply offering a student work experience. But it was widely viewed as exploiting a loophole for students to gain industry experience whilst paying huge fees for university courses.

Then there’s Smith’s support for fracking:

Angela Smith supports fracking, and was the only Labour MP to back privatised water (and has vested interests in the water industry).

Smith’s voting record shows her support for the controversial process. Smith also opposes Labour plans to renationalise the water industry. She claimed this proposal would cost £90bn. But she cited figures from a Social Market Foundation report. Private water companies commissioned this thinktank report. Meanwhile, as the Morning Star reported:

Smith’s register of interests for 2016 show that she and her husband, whom she employs as her senior parliamentary researcher, were treated to football matches and dinner three times by Whitehouse Construction, a subcontractor to Anglian Water.

The subcontractor is also a member of the Future Water Association industry group led by private water companies that also fund the all party group for water that she chairs.

If you want an example of UK electoral law loopholes: The Independent Group, which looks/swims/quacks a lot like a political party and is asking for donations, is actually a private company. So it isn't subject to electoral law rules requiring them to declare financial backers.

Under the tagline “Politics is broken. Let’s change it” the website shows that it’s “supported by Gemini A Ltd”. This is a private company, registered with Companies House on 16 January, and Shuker controls “75% or more” of the shares. So far from a ‘fresh start’, the new group looks set to play in very muddied water with no accountability or transparency about who funds it.

The new gang of seven has a pretty atrocious track record on foreign policy too.

Would rather vote for John Leslie than Chris Leslie with this voting record pic.twitter.com/8hVgkE36cz

Many people also took to Twitter to call out Gapes, who voted for the Iraq war, and against later investigations. He also supports Trident and a host of other controversial government policies:

There’s clearly unity among the seven as Coffey’s voting record is very similar. The same goes for Berger, Umunna, and Shuker.

With a bold claim at the launch to challenge allegations of racism in the Labour Party, its website claims that:

Today, visceral hatreds of other people, views and opinions are commonplace in and around the Labour Party.

Yet, it wasn’t long before Smith appeared to call Black and Ethnic Minority People a “funny” colour:

Today's #LabourSplit, we are told, was partly driven by a commitment to 'anti-racism'.

Within hours Angela Smith, one of the MPs involved, referred to BAME people as being a 'funny' colour on #politicslive

This is the first day. pic.twitter.com/XZKb9r1HRn

The Independent Group claims it offers “a different approach”. Yet perhaps the biggest difference is its total failure to recognise the huge rise in support for Labour under Corbyn. And ultimately, it may keep the Tories in power:

So, just hours after its launch, pretty damning evidence is piling up about these seven former Labour MPs. What a total shitstorm.