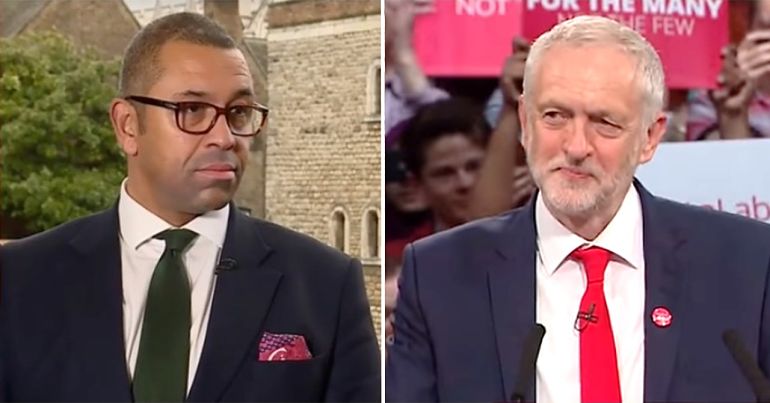 The Conservative Party lacks policies and its government is imploding. But now, out of desperation, its new strategy iseems to be attacking Jeremy Corbyn’s family.

Conservative Party deputy chair James Cleverly has gone after Corbyn’s son for renting out his ex-housing association property on Airbnb. But Cleverly’s desperate smears have been called out and backfired.

Cleverly repeating the Mail on Sunday

On 17 February, Cleverly tweeted the following link to a story from the Mail on Sunday:

Jeremy Corbyn's son (who is an advisor to John McDonnell) rents out his former housing association flat on Airbnb.

McDonnell has opposed Housing Association properties being sold off, and criticised companies like AirBnB.

One rule for them, etchttps://t.co/oCpBYB8ZWZ

It was also repeated by the Conservative Party Press Office:

.@johnmcdonnellMP and @jeremycorbyn – do you have anything to say about this?https://t.co/Idi3g3jVfL

The story says that Tories charge Seb Corbyn with being a “hypocrite” for renting out his ex-housing association property. It claims this contradicts Jeremy Corbyn’s comments about Airbnb and John McDonnell’s criticisms of selling off the public housing stock.

A glaring problem with the story

There was, however, one glaring problem with the story. As Ash Sarkar of Novara Media pointed out:

The Guardian’s Owen Jones was harsher, highlighting the audacity of any Tory taking the high ground over housing and landlordism:

Pathetic. The "story" here is that Seb Corbyn bought a flat in 2016 which six years earlier had been sold by the housing association.

A desperate smear by a Tory party overseeing an epic housing crisis, which many Tory MPs – 27% of whom are private landlords – profit from. https://t.co/E0K839Z1LA

Steve Howell is author of the book Game Changer: Eight Weeks That Transformed British Politics, which documents the rise of Corbyn. Howell suggests that Cleverly’s tweet could even be defamatory:

This tweet implies that Seb Corbyn bought the house from a housing association – which is not the case.

So, it's defamatory, untrue – and not protected by parliamentary privilege.

Not so Cleverly, James.

And Howell clarified his point:

There is case law on 'implied meaning' in defamation. Look it up.

The Conservative Party and its right-wing media supporters regularly use smears to damage their opponents politically. This was the case when the Daily Mail attacked Ed Miliband’s dad for ‘hating Britain’. And even death didn’t save ex-Labour leader Michael Foot from being accused of spying for the Soviet Union. But going after Corbyn’s son is another low point, and echoes the recent experience of Labour MP Kate Osamor.

It’s also a strange tactic for a Tory to criticise profiteering from right-to-buy schemes. After all, the Conservatives introduced the scheme that allowed profiteering to happen in the first place. It also helped cause a housing crisis by putting public housing into the unaffordable private rental sector.

As Jones said, it’s a “desperate smear”, but it seems that anything goes now for the Tories. No matter how personal and self-defeating the attacks may be.