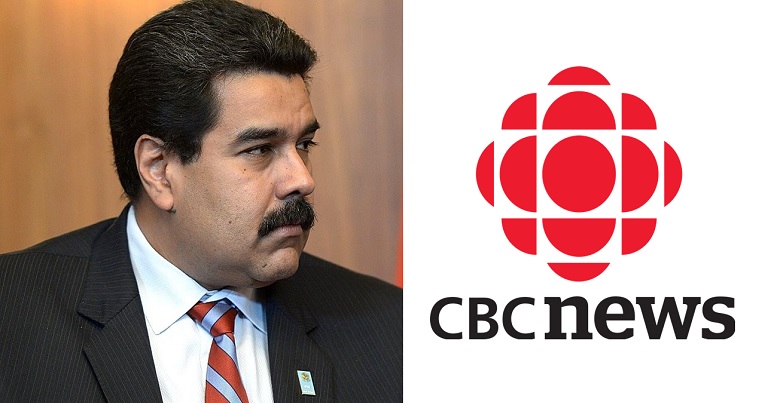 The Canadian Broadcasting Corporation (CBC), which is owned by the Canadian government, ran a Venezuela-related news article on 8 February. It said “[Venezuelan president Nicolás] Maduro says aid not needed in Venezuela, [opposition leader Juan] Guaido wants to allow it”. The CBC claimed Maduro “has been firm that this country does not need handouts from abroad”.

I wrote to the CBC pointing out that Maduro had actually requested and received emergency aid from the UN in November. The CBC was therefore grossly dishonest about the president’s position on international aid. Maduro objects to “aid” from the Trump administration largely because it has threatened Venezuela militarily, openly encouraged the Venezuelan military to perpetrate a coup, and imposed brutal economic sanctions.

Taking direct aim at all Venezuelans

The impact of the sanctions since August 2017 dwarfs offers of aid from anywhere.

About 60% of Venezuelan households have received supplies from the Maduro government’s ‘Local Supply and Production Committees’ (CLAP) program. That statistic is from opposition-aligned pollster (Datanálisis) and was mentioned in passing in an AP article in September. CLAPs distribute food and other basic products directly to households throughout Venezuela.

Trump’s sanctions take direct aim at Venezuela’s population by starving the Maduro government of revenues it needs for programs like CLAP. And last month, Trump made the sanctions far worse.

Moreover, Trump’s special envoy for Venezuela is Elliott Abrams. And he’s a man who played a pivotal role in keeping US material support flowing to death squads in Central America during the 1980s. He was also involved with disguising arms shipments as “humanitarian aid”. So there’s significant cause for suspicion.

The “past” is present

CBC editor Paul Hambleton replied to me saying that an update was added to the article. In the text of the article, the CBC added a comment saying “Venezuela has accepted foreign aid in the past, and Maduro has not always been consistent in his statements on the subject”. A link to the Reuters report I passed along was included in the “update”.

Firstly, referring to November 2018 – only three months ago – as “the past” is comically evasive. But more importantly, Venezuela is receiving foreign aid now.

ABC News reported on 2 February that the International Committee of the Red Cross (ICRC) “currently brings in its own medical supplies and emergency trauma care to support six hospitals located across the country.” Venezuelanalysis, meanwhile, has pointed out that both the UN and ICRC (whose work inside Venezuela requires approval from Maduro’s government) have been publicly critical of Trump’s “aid“ stunt. Venezuelanalysis also noted that the ICRC and UN have – this month – announced plans to expand their operations inside Venezuela.

I replied to Hambleton again and explained why his update was wrong. He told me the CBC article was “narrowly focused” and that he was “comfortable” with it. And indeed, Western journalists are nothing if not “comfortable” with dishonest reporting about a government that Washington has in its gunsights.

Featured image via Kremlin and WikiCommons