As corporate media endorses sanctions on US enemies, let's remember just how harmful and useless they are - Canary 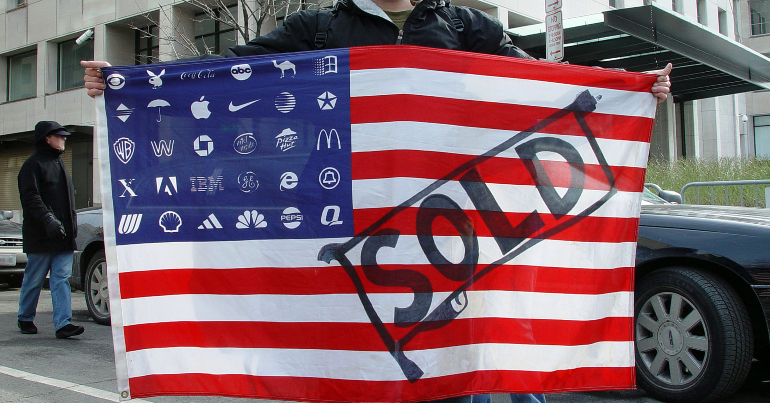 The corporate media has recently been supporting US sanctions against independent governments in Latin America. And while ignoring the clear double standards behind Washington’s hostility, it also gives little attention to whether sanctions are even effective – let alone whether they harm the people they supposedly aim to help.

As The Canary reported, the US recently imposed ‘Nica Act’ sanctions on Nicaragua. Among other penalties, the law places restrictions on the granting of loans to Nicaragua from international financial institutions like the World Bank.

The usual suspects in the media have been obediently repeating anti-government talking points. But a recently published Guardian article represents a new low – even by the paper’s own standards on Latin America coverage.

The article reports on the Nicaraguan government’s crackdown on pro-opposition organisations accused of supporting a US-backed coup attempt earlier in 2018, mentioning in particular “one of Nicaragua’s top independent media outlets, Confidencial, and its leading human rights group, CENIDH“. What it leaves out is that these two groups seem to be far from “independent”:

And as Blumenthal has pointed out, the Guardian‘s one-sided coverage on Nicaragua is nothing new. Like much of the corporate press it claims to be separate from, it often misrepresents brazenly partisan opposition figures as ‘independent’.

The Guardian‘s latest article is no different, with pro-opposition campaigner Bianca Jagger taking center stage. It not only fails to question her bias – describing her simply as a “Nicaraguan human rights defender” in spite of her clear hostility to the government – but also leaves her support for sanctions completely unchallenged. Despite evidence which journalists like Blumenthal have documented, Jagger called the charge of US collaboration with Nicaraguan opposition groups “a complete and total fallacy”. And the article then quotes her not just supporting the US sanctions but calling for more. She states:

This cannot be only the sanctions from the US. It needs to be sanctions for the European Union, from Canada, from Latin American countries, in order for this to work.

But it’s not just the Guardian helping to advocate sanctions. The Washington Post also wrote about Venezuela‘s ongoing economic crisis recently. And it completely failed to mention a major factor that has long been contributing to the crisis and making recovery almost impossible – namely, US-imposed sanctions.

In articles like those mentioned above, there is often zero mention of the devastating impact that sanctions cause on their target countries.

According to the Quixote Center, for example, “the NICA Act will perpetuate poverty within the country.” And this is almost always the case with sanctions. Numerous studies have shown that sanctions usually have the greatest impact on the country’s population – particularly its poorest and most marginalized members – while doing little harm to its intended targets (ostensibly politicians).

While the US often says human rights concerns are the reason for its sanctions, the fact is that sanctions themselves frequently end up violating human rights. The Cuban embargo is the classic example of this paradox – and the UN General Assembly regularly votes to condemn its impact on ordinary Cubans. Indeed, the Office of the United Nations High Commissioner for Human Rights has published its own report on the “adverse consequences of economic sanctions on the enjoyment of human rights”.

And ironically, sanctions also usually fail even on their own terms. A Peterson Institute study found that, since the First World War, only a minority of sanctions have achieved their aims.

Most damning of all, sanctions often make the very problems they purport to be penalizing even worse. For example, studies have shown that sanctions can lead to increases in corruption and organized criminal activity, increases in human rights abuses and political violence, and decreases in media freedom. Some research has also indicated that sanctioned states actually end up becoming less democratic as a result – exposing the absurdity of Washington’s claim of ‘promoting democracy’.

On top of the uselessness and destructiveness of sanctions, there’s also hypocrisy in their implementation. As The Canary has reported on numerous occasions, the US is highly selective in its application of human rights standards. Whereas it not only turns a blind eye but actively aids and abets grotesque human rights abuses by allies in Honduras and Colombia, it singles out for punishment any country that threatens its interests or resists neoliberal economics.

US sanctions – against Nicaragua, Venezuela, or any other country – have no moral justification. They are naked coercion. And they come from a place of great hostility and hypocrisy.