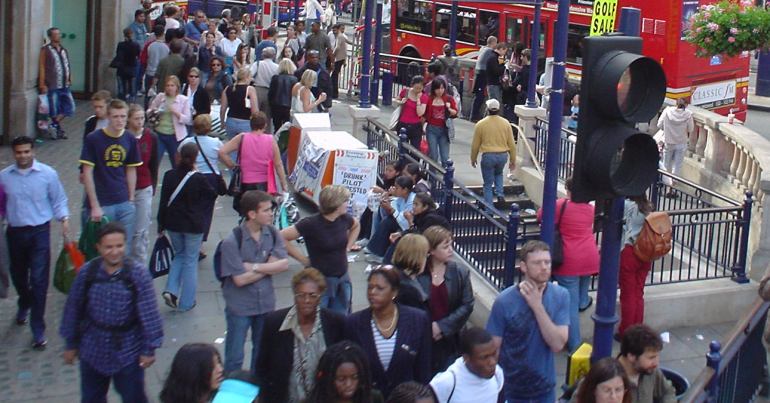 The government published its new white paper on immigration on 19 December. It arrived after both a long delay and a last minute rush from the Cabinet. The paper sets out a post-Brexit immigration policy for the UK, which is due to come into effect in 2021.

Commentators and analysts have already described how the policies in the white paper will ultimately do more harm than good. This applies whether we want to see a reduction in poverty, greater integration or a more liberal, open economy. But what’s missing is the humanitarian argument for free movement, and the racism involved in restricting immigration based on nationality.

One of the claims the government is making is that the proposed new system is focused on talent and skills rather than nationality, making it inherently fairer. It conveniently fails to mention that the new system still discriminates based on nationality, just without being partial to EU countries.

The policy clearly makes an exception for certain nationals, by allowing them to enter the UK without any checks. According to the parliament website:

The White Paper proposes measures to improve border security checks and support frictionless flow of legitimate passengers’ checks. These include…

allowing citizens from Australia, Canada, Japan, New Zealand, USA, Singapore and South Korea to use e-gates to pass through the border on arrival, alongside EU and UK citizens.

It’s baffling that no one responsible for drafting this policy saw any contradiction between claiming to “improve border security” and yet allowing people of certain nationalities in without scrutiny. It’s almost as though “border security” isn’t about security at all, but merely about keeping certain (unwanted) nationalities out.

A Guardian editorial on the white paper pointed out that it still reinforces a hostile environment for immigrants. However, there was one glaring omission from the article: any mention of racism. The so-called hostile environment, implemented by Theresa May during her time as home secretary, is racist at its core. Its hostilities are directed particularly towards people of colour, most clearly observed through the Windrush scandal.

It should therefore come as no surprise that the new policy still gives preference to certain nationalities while excluding others. Lower-skilled workers from certain “low risk” countries will be allowed to work in the UK for shorter periods. What’s notable is the countries that are absent from this list of thirty: Pakistan, India, Bangladesh, and almost the entire African continent. What better way of tackling apprehensions about too many Black and Brown people, than by defining them as higher risk?

Ultimately, the new policy is both racist and classist in practice. As far as Tory immigration policies go, this is, of course, a totally predictable outcome. But it’s important to point out that “talent over nationality” is not as fair and equitable as it sounds. By facilitating migration only for those foreign nationals who earn over a certain wage, low-paid workers are automatically excluded. By allowing in low-paid workers from only selected countries, low-paid workers from Africa and South Asia are the most disadvantaged.

In other words, the policy reinforces the notion of ‘good immigrants’. It’s welcoming only to those educated above a certain level, earning above a certain wage, and presenting themselves in a manner that appeals to British sensibilities. And the poorest workers, who are no doubt struggling due to the legacy of colonialism in their home countries, are still as unwelcome as ever.