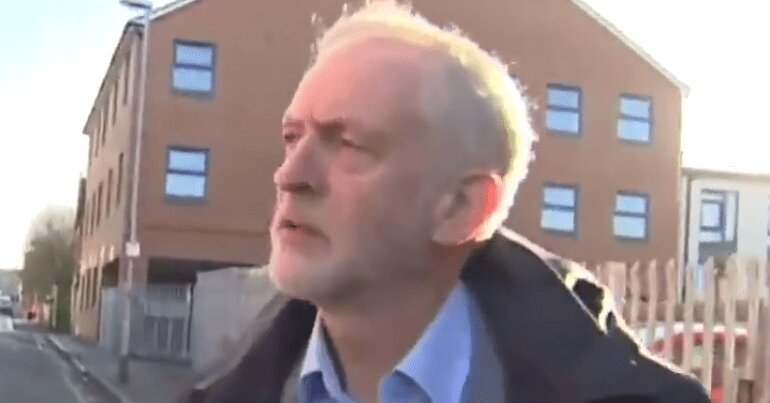 Across the UK press and broadcasters, the main story has been suggesting the Labour leader called Theresa May a “stupid woman”. But, on 19 December, Corbyn returned to the commons chamber to confirm he’d muttered “stupid people”, after the Conservatives had, in Corbyn’s words, turned “a debate about the national crisis facing our country into a pantomime”.

The BBC, meanwhile, continued to report on the MP for Islington’s murmurings with more rigour than it seems to apply to climate change. And Corbyn wasn’t very impressed:

Jeremy Corbyn: "You and your colleagues in the media seem utterly obsessed with this"

Speaking to the BBC, Corbyn accused the media of marginalising real issues:

You and your colleagues in the media seem utterly obsessed with this. The fact that a homeless man died outside parliament has got no coverage whatsoever.

On 18 December, a 45-year-old man without a home became the second to die outside parliament this year. Since the Conservatives came to power in 2010, rough-sleeping has increased by 169%.

In the context of such important issues, BBC Newsnight faced criticism for dedicating its show to the accusation against Corbyn on 19 December:

Jeremy Corbyn’s alleged “stupid woman” comment is receiving more scrutiny on #Newsnight than Theresa May‘s appalling approach to Brexit. The balance and perspective of our political discourse, and the way in which our media interpret it is deeply unsettling right now.

The Conservative Government are currently destroying Britain, ripping apart at the few remaining fabrics that bind society together, yet #Newsnight leads with something Jeremy Corbyn didn’t say. Pathetic.

Accusations of bias against the BBC go beyond the opinions of viewers. Numerous academic studies have revealed systemic bias against progressive politics at the BBC. A major content analysis from Cardiff University, for instance, revealed that the BBC is pro-business and conservative-leaning in its coverage, no matter which party is in power.

As well as the BBC and the broadcast media, the UK press ran to the moon with the accusation against Corbyn: 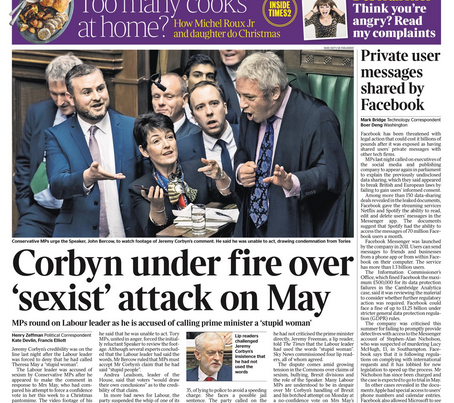 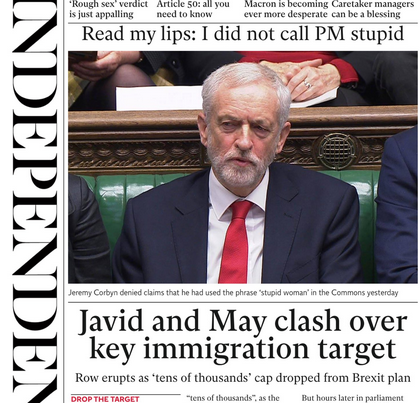 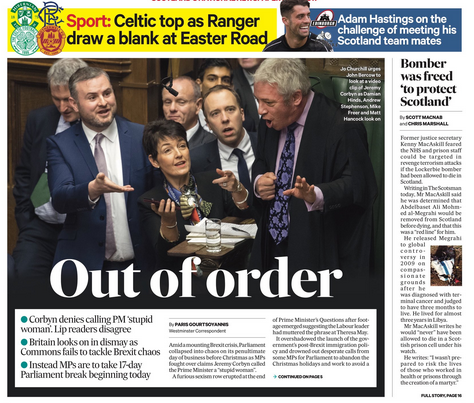 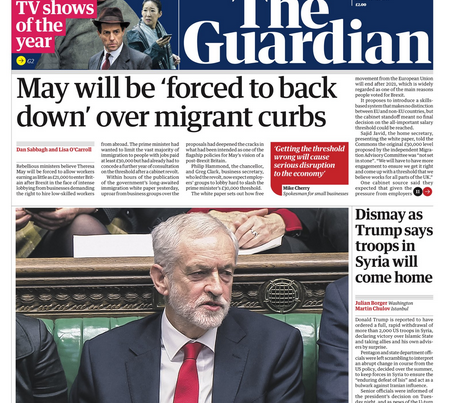 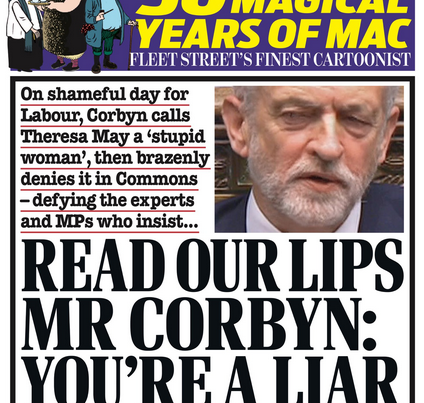 But the UK press does not appear to have much credibility when it comes to the Labour leader. The London School of Economics and Political Science found strong media bias against Corbyn, claiming the press had turned into an “attackdog” against the opposition leader. According to the report, 56% of the Corbyn-related articles analysed did not give the Labour leader a voice at all.

Corbyn represents an existential threat to the status quo. With that in mind, the corporate media only exposes itself as an institutional defender of the establishment when journalists so brazenly try to damage the Labour leader’s credibility. The real story is the concentration of power over our institutions in the UK.