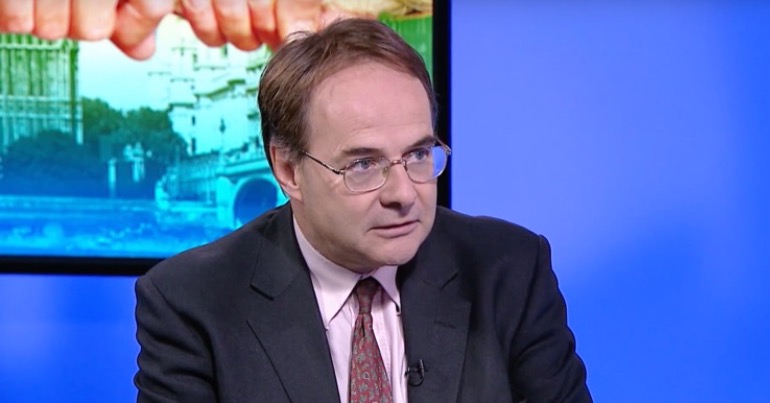 Whatever your opinion on Brexit, the ignorance shown by some of its most prominent media supporters is undeniable.

On 17 February, it was the turn of newspaper columnist Quentin Letts. In an astonishingly misguided tweet, Letts demonstrated he doesn’t grasp basic facts about the EU.

Letts is the author of Patronising Bastards: How the Elites Betrayed Britain. Previously he wrote for the Daily Mail but he’s recently moved to work on Rupert Murdoch-owned publications including the Times and the Sun.

But while on a ski trip, Letts tweeted this Brexit themed observation:

Just skied from the EU into independent Switzerland. Quite disgracefully, there was no hard border. Not even a line in the snow.

Letts appears to believe that him skiing from an EU state to a non-EU state (Switzerland) shows that there is no need for hard borders. This is presumably a reference to Brexit’s Irish border problem.

But the Twitter community was quick to highlight some glaring holes in Letts’s observation:

What you are enjoying there Quentin, is the free movement of people within Schengen.😘 https://t.co/l6Uj3Z7kx9

They still don’t know what Schengen is…

FFS – this is embarrassingly ignorant. https://t.co/0PZ9eoJZUA

Schengen is a reference to the Schengen Area. This is an EU agreement of which Switzerland is also a member. Schengen enables:

citizens to cross internal borders without being subjected to border checks. The border-free Schengen Area guarantees free movement to more than 400 million EU citizens, as well as to many non-EU nationals

Others pointed out that Letts’s analogy doesn’t work anyway:

Reasons why the world is laughing at Brits, part #9867.
Quentin here doesn't realise that Switzerland is part of Schengen. Quentin also doesn't realise there's a difference between a solitary man wearing a bobble hat and a commercial HGV carrying 38 tonnes of medicines or food. https://t.co/WnZSRSnSW7

And this was clarified by professor in international law Lea Raible:

I see it’s again time for a reminder that people are not goods, that Switzerland is in Schengen, and that, were you to try and ski into the country with a lorry full of merchandise it would not be quite so easy because Switzerland is not in the CU. https://t.co/GkazP9853i

When Letts tried to save the situation, he made matters worse. He even spelled Schengen as “Shengen”:

Quentin Letts skiing into a self burn so harsh that 'Schengen' starts trending is an unexpected Brexit dividend almost worth our upcoming national diet of turnip & rat surprise.

Voters ‘were conned’ by such misleading information

Other critics think Letts’s tweet was typical of misleading information that may have influenced some Brexit voters. Conservative MP Anna Soubry didn’t hold back:

#QuentinLetts advocates #Leave #HardBrexit & derides millions of us who believe the best #EU deal is the one we have & want @peoplesvote_uk because millions more now know they were conned by pillocks like @thequentinletts who don’t even know Switzerland is in #EFTA #Schengen https://t.co/e26E4J9hnD

OK. So there's something quite interesting here.
Is it really possible that @TheSun and @DailyMailUK journalist @thequentinletts doesn't know that Switzerland is in the Schengen zone with the EU?
The answer is no. He's not that stupid. He's really not. So why did he tweet this? https://t.co/kZmn6zT6XO 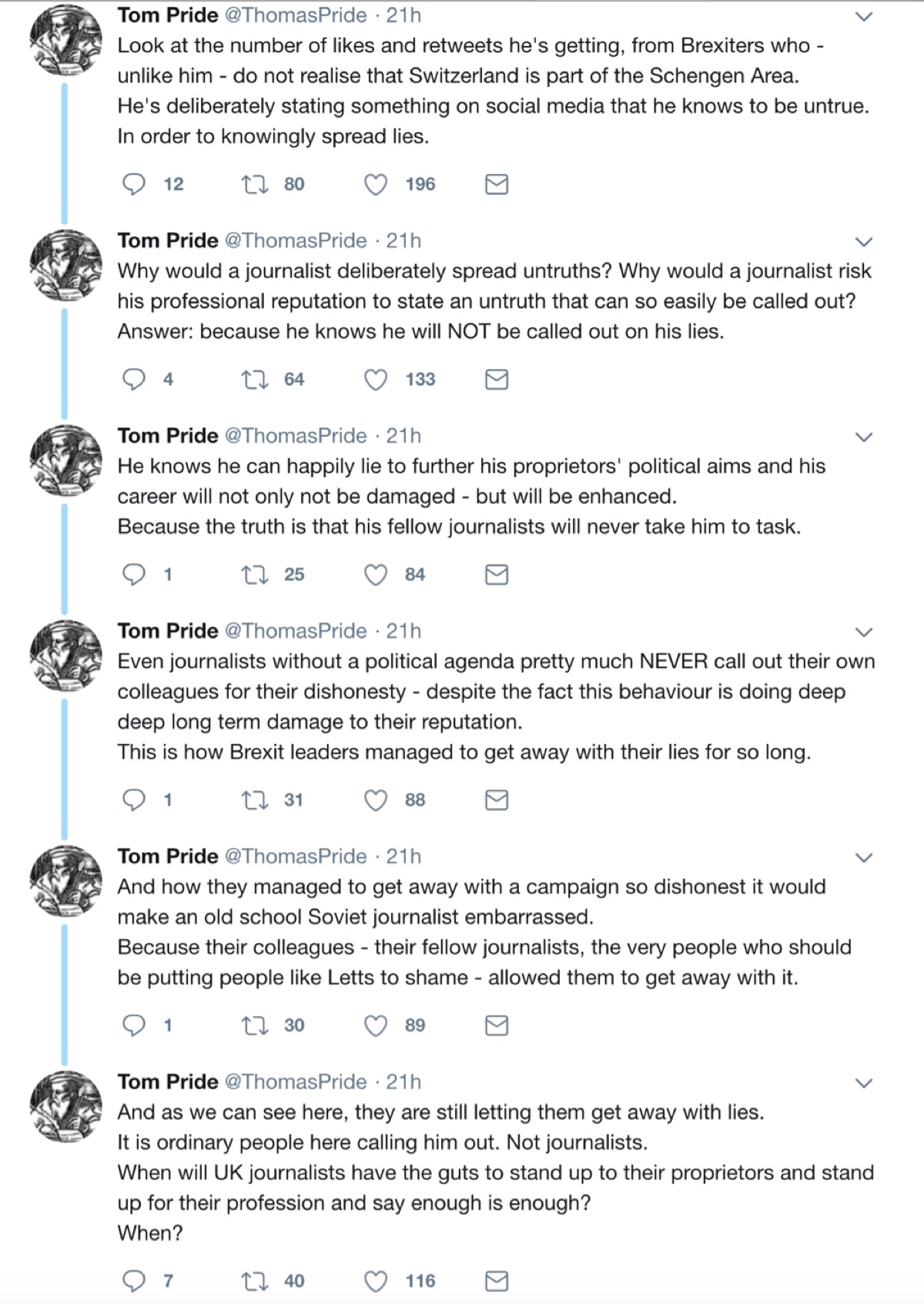 But Letts’s gaffe isn’t the first time a Brexit supporter has been exposed for lacking a basic understanding of Brexit. Spectator columnist James Delingpole made a painful attempt to justify a WTO Brexit:

When empty WTO rhetoric actually gets pinned down on a couch…

…it ends with the whimper “I don’t know the answer to that.”

Everyone should watch this.

Decisions such as Brexit are of huge importance for the future of our country. To see those with powerful media positions lacking a basic understanding of Brexit is disturbing. And such inaccurate information, no doubt, influences public opinion.