In just four lines, Jeremy Corbyn blows the lid off the 'tough choice' made by Labour's quitters - The Canary 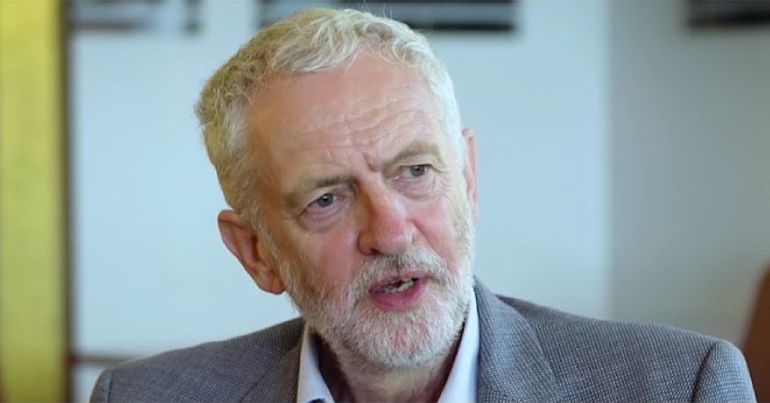 Seven Labour MPs made the ‘tough choice’ to resign from their party on 18 February. As one of them, Chris Leslie, explained, they can no longer “in all conscience… support a government led by Jeremy Corbyn or the team around him”.

Corbyn’s response, however, provided some important context to their exit. Because it shows exactly what, and who, this small group of MPs is really turning its back on.

The Labour leader began by reminding the MPs why they’re even in the position to resign:

I am disappointed that these MPs have felt unable to continue to work together for the Labour policies that inspired millions at the last election and saw us increase our vote by the largest share since 1945.

As Corbyn said, Labour saw its biggest voteshare increase since 1945 in the 2017 general election. The support Corbyn’s Labour attracted, which defied early predictions, resulted in a hung parliament. So, by turning their backs on Labour at this moment, these MPs are also rejecting the will of the people who put them in their current position.

Meanwhile, as the Labour leader stated, these Labour leavers are effectively renouncing the policies that garnered people’s votes. Corbyn laid out what some of these are:

Labour won people over on a programme for the many not the few – redistributing wealth and power, taking vital resources into public ownership, investing in every region and nation, and tackling climate change.

However, although they’re in parliament on the back of a manifesto which promised such things, it’s not surprising that this group isn’t sticking around to secure them. One of the leavers, Chuka Umunna, for example, has a reputation for flip-flopping on policy in the interests of his own career. In fact, the group is largely made up of so-called ‘centrists’ – meaning they don’t veer far from the status quo – rather than supporters of the socialist programme Corbyn’s Labour is offering.

Finally, Corbyn highlighted the importance of unity in the current UK climate:

The Tories are bungling Brexit while Labour has set out a unifying and credible alternative plan. When millions face the misery of Universal Credit, rising crime, homelessness and poverty, now more than ever is the time to bring people together to build a better future for us all

Of course, since Corbyn became leader in 2015, ‘togetherness’ hasn’t appeared a priority for a number of Labour MPs. In fact, MPs like Umunna and Leslie have regularly attacked their own leadership. That’s despite the fact there are lots of issues they should unite behind, like tackling homelessness and poverty, as Corbyn said.

So, there you have it. These seven MPs can claim they’re taking a stand against Corbyn with these resignations. But in quitting the party, they’re turning their backs on the millions who voted for Labour; the manifesto that attracted those votes; and the people who need these MPs to spend their energies fighting ‘for the many’ right now.

That’s not so much a ‘tough choice’ but a selfish one and it’s the foundation of their political futures. Good luck attracting support for that at the next election they face.