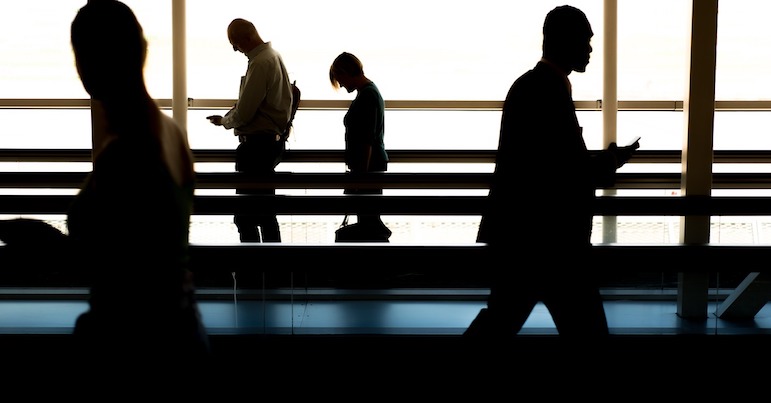 In January 2018, the collapse of outsourcing giant Carillion highlighted the dangers of private companies running public services. Shares in Capita Plc (another outsourcing firm), meanwhile, had fallen 80% since 2016. But despite these clear warnings, outsourcing companies are still running, and they still clamber to make profit as we simply go about our everyday lives. In fact, Serco – one of the biggest outsourcing companies in the world – is almost impossible to avoid.

Serco’s website has proudly proclaimed that the company’s revenue (to the end of 2016) was £3bn. But with similar revenue in 2017, it made £0m profit. It has become increasingly fragile financially; as revenue has slumped, it has rapidly increased debts through borrowing.

The problems don’t end there, though.

In 2012, the Guardian revealed that Serco:

altered statistics and mismanaged an out-of-hours healthcare contract in Cornwall – into a pattern of failures and dishonesty.

In 2013, the Serious Fraud Office launched:

a formal criminal investigation into two of the government’s biggest suppliers, G4S and Serco, following claims by the justice secretary, Chris Grayling, of tens of millions of pounds of overcharging on electronic tagging contracts for offenders.

Serco was accused of [paywall] “tagging prisoners who had been released or died”.

And in 2017, the leaked Paradise Papers revealed that an offshore law firm regarded Serco as:

a “high-risk” client, expressing concern about its “history of problems, failures, fatal errors and overcharging”… Chief among the law firm’s concerns about Serco were allegations of fraud, the cover-up of the abuse of detainees, and the mishandling of radioactive waste.

But the Serco machine hasn’t stopped. On any given day, most people in the UK will probably hand over some of their hard-earned cash to a Serco-run service; or they’ll encounter Serco services in one of our previously publicly owned sectors.

A day in a Serco-filled life

To highlight just how pervasive Serco is, this fictional ‘diary’ shows some of the times you might encounter them on an average day:

06.00 – Remembered to take bins out. But forgot it was recycling day. So took recycling out.

06.30 – Borrowed a bike to get to the gym – did weights last week so went swimming today.

08.45 – At work. I hate my job, but I was forced to take it after I lost my job and had to do the DWP Work Programme. Now I’m cleaning in a hospital on a zero-hours contract.

12.30 – Really stressed as I’m still trying to get a parking ticket cancelled. Should never have got it, and I had to sell the car months ago anyway.

15.30 – Had a nightmare with my council tax so had to speak to someone over the counter – but the queue was so long I’ll need to go back tomorrow. Just not enough people in there.

19.30 – Got a letter about a test I had last month – was so worried. It said to call the helpline, but I swear when I finally got through he didn’t have a clue what he was talking about.

Every single one of these encounters or activities are provided by Serco.

But Serco’s influence goes even further. In 2007, it took over management of the notorious Yarl’s Wood detention centre. A detainee died there in 2014. As previously reported by The Canary, conditions are so bad that women went on hunger strike.

Most recently, Serco mismanaged a hotline after 450,000 women failed to receive letters for final breast screenings. People handling the calls reportedly only received an hour’s training.

The Guardian said that Serco’s:

operations suggest some real-life version of the fantastical mega-corporations that have long been invented by fiction writers; a… version of the Tyrell Corporation from Blade Runner.

Outsourcing was the dreamchild of Margaret Thatcher’s government in the 1980s. It offered a clear way to “neuter strikes, downsize blue-collar council and NHS workforces, and cut costs”. Tony Blair’s New Labour also embraced the idea as “billions of pounds worth of public services” were outsourced. According to John Tizard and David Walker from the London School of Economics:

The UK state spends £200bn a year on goods and services from third parties. About half of this – up to £100bn – is paid in service contracts.

But as Tizard and Walker point out, a key problem is that:

We simply don’t know – now – which companies work where, let alone how they book costs and profits; their performance is only recorded at points of crisis and failure.

Carillion’s collapse will cost UK taxpayers ‘at least’ £148m. But so far, Theresa May’s Conservative government has yet to even suggest legislation to limit the growth of outsourcers or their dominance in public services. And as Forbes reported:

After a string of profit warnings and the collapse of Carillion Plc, the once mighty U.K. support services sector has become a laughing stock and a political nightmare.

But Serco is more than a political nightmare. It’s often referred to as “the biggest company you’ve never heard of”.

We really need to know about it, though, because Serco seeps into the fabric of our lives – for no apparent motive other than profit. If Serco crashes like Carillion, jobs will be lost and we’ll foot the bill. We need to stop this toxic creep, and we need a government that will stand up to it.