Things are getting interesting in the Green Party leadership elections - Canary 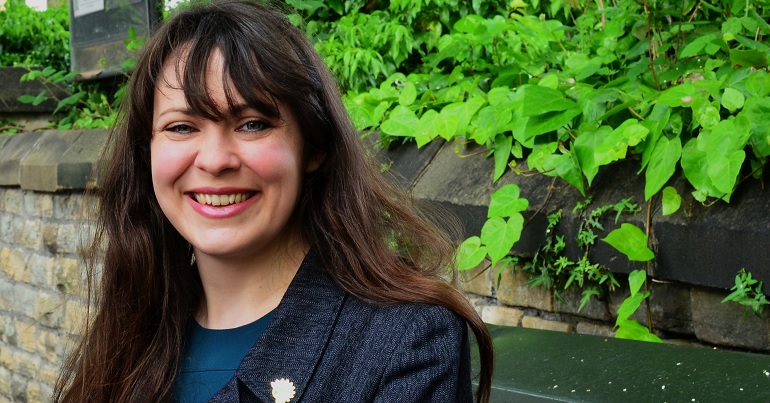 Another week, another round-up of the latest developments in the Green Party’s leadership elections. With three weeks to go until nominations close, things are getting interesting.

The race for the top job hasn’t properly started, with only Jonathan Bartley and Sian Berry announcing their joint candidacy. But four people have thrown their hat in the ring to be the party’s deputy. This week, two more people put their names forward.

The first is Jonathan Chilvers who announced he was standing on Twitter. Chilvers is leader of the Green Party group on Warwickshire County Council. His background of election success in the West Midlands – an area where the party has seen significant growth in recent years – will help his candidacy. But he is yet to build a significant profile outside of his local area. So he could struggle to make an impact in a field of candidates well known nationally.

Speaking to The Canary about the election, he said:

I’m proud of our unique Green philosophy and I want to see the party get better at communicating those principles in ways that make sense to people on the doorstep. As a twice-elected Councillor and regular media contributor I’ve got the skills and experience in these areas to make a strong deputy leader.

Later in the week came the most interesting development in the elections yet. Amelia Womack, the party’s current deputy leader, entered the race. The announcement focused on her experience in the role over the past four years:

Having worked in the post for 4yrs, I’ve helped deliver results during a turbulent time in politics, from the Green surge, 2 general elections, an EU ref, Welsh & London Assembly elections & 4 council elections, it’s certainly been an fascinating time to be representing our party

Working with local parties and campaigning groups has seen me travel thousands upon thousands of miles across England and Wales and beyond to spread the Green message and build our support base. I want to continue to commit my time to this.

I’ll be announcing a range of ways to get involved in my campaign over the upcoming weeks, so please watch this space.

Womack putting her name forward effectively puts her at the front of the race. Well respected across the party, she won both her previous elections convincingly. First elected in 2014, she received 53% of the vote in the final round when re-elected in 2016.

Womack and Chilvers will face two others in the election battle. They join the Kirklees councillor Andrew Cooper and the party’s LGBTIQA+ spokesperson Aimee Challenor.

Choosing a new leader – an election or coronation?

There’s much less to talk about for the top job. Rather than new candidates putting their name forward, two people tipped as potential leaders confirmed they wouldn’t be standing this week. Molly Scott Cato, the party’s MEP for South West England ruled her self out, as did Cleo Lake, the mayor of Bristol.

This, alongside the early announcement from Berry and Bartley, has caused some to wonder whether there will be a contested election and an open debate about the party’s future.

The last time the Greens picked a leader, Caroline Lucas entered the race early on a joint ticket with Bartley. No other major party figures stood. The following debate was limited, and the pair won 86% of the vote.

The risk for the party is that the vital debate about the party’s future won’t take place, yet again. Strong local election results in May and recent polls putting Greens ahead of UKIP is positive news for the party. But the party has struggled to carve out a unique political space since Jeremy Corbyn’s election as Labour leader.

Where the party positions itself in the coming years in order to find that space will be crucial. A deep, national debate is needed to find that. The leadership election provides the space for that debate. But the question still remains whether somebody will step forward to start it.