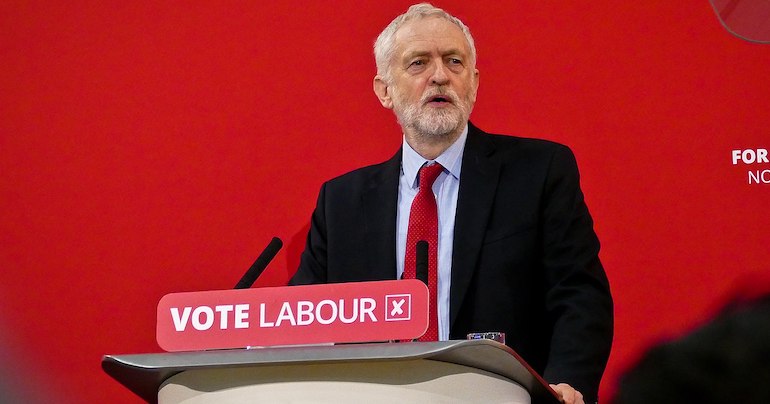 On 18 February, seven Labour MPs quit, to stand as independents. By 19 February, Joan Ryan had joined the Independent Group. All eight former Labour MPs have openly criticised Jeremy Corbyn, claiming his leadership is a key reason for leaving. Yet each and every one of them significantly increased their vote share under Corbyn in the 2017 general election.

So far, each Labour quitter has ruled out calling a by-election. On 20 February, the Times also reported that Labour might be considering “plans to consult on extending the rules” to trigger by-elections “to include an MP changing party allegiance”.

Yet one simple fact remains: in 2017, each Independent Group MP was elected with an increased majority with Corbyn as Labour leader:

All off Corbyn & LAB members backs.
Call a by election you cowards.#SplittersCoup pic.twitter.com/P2GhZEYove

Joan Ryan’s majority boost was similar, with a 14.3% increase.

It remains to be seen whether these MPs will face a by-election. But many Labour voters are not happy.

Another MP, elected only through the support and power of the labour movement, resigns from the Party but won’t trigger a by-election. Because, again, they know they would lose. Completely and utterly disgraceful.

Call a by-election and stand against Labour.

Lots of talent in the Labour Party, particularly women, who can replace them and offer a bold socialist vision. #LabourSplit

People feel that if these MPs think their increased vote share was nothing to do with Corbyn, then they should be happy to face a by-election:

Strange that Joan Ryan's majority increased by 8,000 under Jeremy Corbyn in 2017. Almost exactly same increase as average of the other Tinge Party MPs. If all to do with their individual brilliance, as they claim, a by-election win would be easy. Surely?

Including John Woodcock & Frank Field There are now 10 MPs sitting in Parliament having been elected on the back of 1,000s of hours of unpaid work by Labour activists, gloating at the fact they don't even have to call a by-election after stabbing all these people in the back.

I live in the neighbouring constituency to Joan Ryan’s, and went to school in Enfield North. Corbyn’s manifesto increased her majority nearly tenfold. She’s morally obliged to seek a new mandate from her constituents. pic.twitter.com/d0hnXJrVhI

And some constituents have also spoken directly to the MPs they voted for as Labour candidates:

Dear @ChukaUmunna,
You are my MP.
I voted Labour at the last election. Your resignation means I am no longer represented by the party I and 38,000 others voted for.
If you really are putting your constituents first, then please resign your seat and fight a by-election

I'm a Labour member and constituent of @ChukaUmunna in #Streatham. I pounded the streets during #GE2017 to elect Chuka on a Democratic Socialist Labour manifesto. He should immediately resign his seat and call a by-election. #shame #LabourSplit

Labour saw its biggest voteshare increase since 1945 in the 2017 general election. The support Corbyn’s Labour attracted defied early predictions and resulted in a hung parliament.

Now three Conservative MPs – Anna Soubry, Sarah Wollaston and Heidi Allen – have also jumped ship to join the Independent Group. If the defections do force by-elections and voters refuse to back the newly independent MPs, it could tip the balance of the Conservatives’ narrow Commons majority. Eyes on…