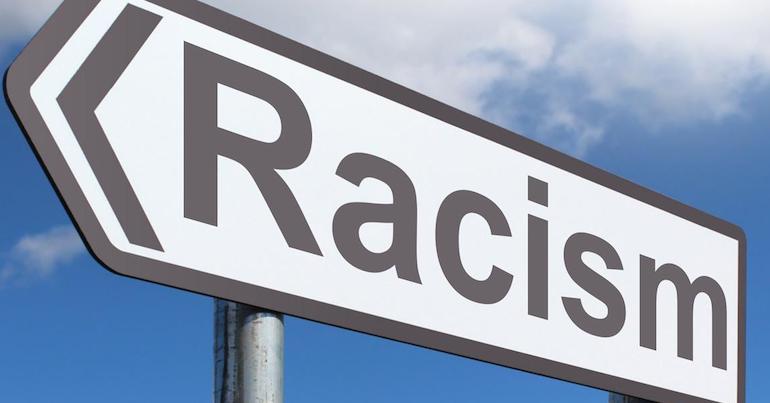 This article is one of three Opinion pieces looking at what’s next for Brexit in the aftermath of the EU elections. You can also read Josh Funnell argue why Labour must now campaign fully to Remain and Tracy Keeling on why Labour mustn’t support a second referendum.

Once the votes came in from the EU elections, yet another wave of Brexit chaos kicked in. Pundits one way screamed that the Leave vote had solidified. On the other, many insisted that Remain votes ‘won’. Everything’s still in flux. Little is certain, beyond two things. Nigel Farage and the Brexit Party claimed victory. And racism is rising in the UK. This is the terrifying truth about Brexit.

Following the results, Labour centrists and the right steamed into what may well be (yet) another coup against Jeremy Corbyn. Tory implosion continues, and the EU election results will determine whether the party gets a shit leader or a truly terrifyingly shit one. Meanwhile, Farage’s smug smile wafts above it all.

Neither Farage nor hardline Brexiteers ‘created’ racism. But we can’t ignore the fact that they’ve used Brexit to legitimise and embolden racism in this country. New research from Opinium shows that 71% of people from Black and minority ethnic (BAME) communities have faced racial discrimination. In January 2016, before the EU referendum campaign began, this figure stood at 58%. That’s still 58% too many, but as the researchers noted, this study “suggests racists are feeling increasingly confident in deploying abuse or discrimination”.

Racial insults from total strangers “rose from 64% in January 2016 to 76% in February 2019”. And equally worryingly, the research found that online racism “has more than doubled” and:

racial discrimination and abuse is rising both on social media and amongst younger people. The survey found that at the end of 2016, 37% of people saw racism on social media on a day-to-day basis, but that has now risen to 50%, and is even higher for younger minority ethnic people aged 18 to 34.

The study also found that online, there’s an identifiable rise in people referring to immigration or making racist comments and ‘pretending’ these “sound like jokes”. Turnout for the EU elections was only 37%. Yet if that’s compared to the rise in racist abuse, surely we need to ask further questions about what’s really going on in the UK.

“Remove anything you feel is unlike you…”

One positive from the EU elections was seeing the overtly right-wing and racist UKIP fall off the map. Fortunately, Stephen Yaxley-Lennon (aka Tommy Robinson) lost both his deposit and any shred of legitimising his vile brand of overt racism. Voters also refused to elect UKIP leader Gerard Batten, who’s previously stated the prophet Muhammed was a “paedophile” and called Islam a “death cult”, or the equally vile Carl Benjamin.  Across the UK, UKIP only polled 3.3% of the vote.

But while this is cause for some celebration, it really doesn’t resolve the deeper issues. In UKIP’s place, 31.6% of those who voted elected Brexit Party MEPs. And as children’s author Michael Rosen so astutely noted, fascism doesn’t always “arrive in fancy dress”, like Batten, Yaxley-Lennon or Benjamin:

Fascism arrives as your friend.
It will restore your honour,
make you feel proud,
protect your house,
give you a job,
clean up the neighbourhood,
remind you of how great you once were,
clear out the venal and the corrupt,
remove anything you feel is unlike you…

The Brexit Party dodged having any kind of manifesto. But there’s no doubt that ahead of the EU elections, it pumped Rosen’s salutary warning of what fascism truly is through letterboxes across the country.

Meanwhile, Labour and Conservatives self-implode with endless discussion, denial and debate. In the face of extremities between no deal or a second referendum can we wake up and deal with the bigger issues? Brexit has already divided this country, possibly to the point of no return. Millions of people suffering under austerity already know this far too well, and so too does every single member of the UK’s BAME communities who’s ever had to deal with racism. And let’s not forget, that behind all overt racism is a growing undercurrent of dangerous xenophobia and ‘othering’. These shocking statistics perhaps don’t paint a full picture of just how terrifyingly emboldened racists may now be. And behind Farage’s smug gloating smile, that’s exactly what he wants to happen.

As The Canary reported, the Brexit Party candidates stand united behind fake smiles and sickening viewpoints. A video surfaced showing Farage openly discussing how to ‘use’ immigration to build populism with former White House strategist and Breitbart co-founder Steve Bannon. Too many people voted for that stance. Many of those people voted for it because their lives have also been shattered by austerity.

I’m acutely aware that I’m writing this from a place of white privilege. I’ve not experienced direct racism, but I’ve witnessed it and that’s hard enough to deal with. Having said that, the only way to tackle and challenge racism fully, both on an individual scale and systemically, is to stand strong in solidarity with my BAME sisters and brothers.

I’ve lived in Cornwall for 12 years. It’s been shocking and utterly sickening to witness first-hand the low level, constant trickle-feed of racism towards Black friends. From open stares and hostile looks on public transport to more overtly racist comments, it’s a huge issue here. Vicious words are often bundled up in what the perpetrators clearly think is humour. Nothing racist is, or ever will be, funny. In the EU elections, the Brexit Party took 36.7% of the South West vote.

One tragic story highlights just how far this racism has gone.

An eleven-year-old boy, who’s recently moved to Cornwall, “has been the subject of hateful comments from other children, including names such as “black idiot”, “slave” and the n-word”. Worse, his school told his parents that their son “should think about how he reacts to the abuse”.

No child is ever born racist. It’s a learned pattern of behaviour. If adults condone and teach racism, and we see this spewing out into the playground, then we need to act. And act fast. Whether we believe we should leave or remain, whether we voted Labour, Green, or even Lib Dem we can’t ignore the fact that racism is raging across the UK.

I can’t see an easy way out from Brexit now. Any party that ignores those who voted Leave lays itself wide open for Farage’s racists to pick the bones bare. Equally, insistence that a second referendum holds ‘the answer’ is now a burning torch held aloft by many intent on keeping a Corbyn-led government out of power.

I voted Remain. But as time’s gone on, I don’t really give a shit about Brexit any more. I care more about stopping the rise of racism and the implicit fascism that lurks in every racist shadow. I care more about ending Tory-fuelled austerity, which has already killed too many people. The economics of austerity, Brexit and racism are intrinsically linked. As the late Harry Leslie-Smith said:

Since the Iraq war our country has been on a downward decline, as successive governments have eroded democracy and social justice, and savaged the welfare state with austerity, leading us into the cul de sac of Brexit. Like Trump, Brexit cannot be undone by liberal sanctimony – it can only be altered if the neoliberal economic model is smashed, as if it were a statue of a dictator, by a liberated people.

So now, more than ever before, we need unity. We need to smash down that statue whether it appears to wear Farage’s fanatic grin or the sinister smirk of the next Tory leader. There may be no easy solution to this mess, but unity is something we can do if we hold hands, stand firm and unite against the true “grotesques and monsters”.