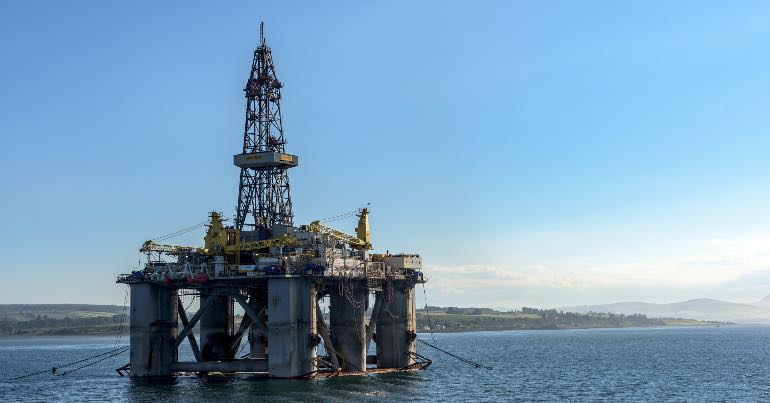 The Irish government has given the go-ahead for oil drilling off the south-west coast of Ireland. CNOOC Petroleum Europe Limited and Exxon Mobil have been given permission to begin operations.

The news comes as the Irish Green Party saw a rise in its fortunes in recent local elections. It also comes despite the government’s supposed goal of “demonstrating the most leadership on climate change”.

CNOOC (part of the Chinese National Offshore Oil Company) and Exxon intend on drilling an exploratory well off the Kerry coast. According to the department of communications, climate action & environment (DCCAE), the drilling will take place in water up to 2,200 metres deep. It expects the process to last “100 to 150 days”, with the purpose being to investigate the possibility of future drilling.

The DCCAE also noted that:

Once the proposed drilling operations are complete the exploration well will be permanently plugged and abandoned, whether or not commercially viable quantities of hydrocarbons are found.

But in spite of this, the DCCAE determined that no environmental impact study is necessary before drilling begins. It argued that the drilling:

is not likely to have a significant effect on the environment and, consequently, an Environmental Impact Assessment is not required in respect of the application.

Reaction to the news has been largely negative. Environmental NGO Climate Case Ireland pointed to the contradiction between a “green wave” in the recent elections and the granting of the licence:

Here’s the approval page itself pic.twitter.com/RewMH0KLiS

One climate writer and researcher argued that, given our current situation, it’s “probably not a great idea to keep drilling”:

The world already has enough fossil fuel reserves on the books to smash through 4 degrees warming, so probably not a great idea to keep drilling… https://t.co/gDml4lJ53u

A Green Party candidate in the European elections, meanwhile, said:

Absolutely astounding neck… was Leo not just talking about Climate change and “getting the message” https://t.co/pytAJybF4c

These criticisms of the government and its climate policies are legitimate. Because Ireland is nowhere near on track to meet its targets for renewable energy. And even though the Irish parliament recently declared a climate emergency, the minister of communications, climate action & environment, Richard Bruton, has other things in mind. He’s insisted, for example, that fossil fuels are an important part of fighting climate change and therefore:

We are not in a position now to talk about ceasing fossil fuel exploration.

His department, the DCCAE, has also written that:

there has been an upswing in the exploration momentum offshore Ireland [sic] as reflected by the number of exploration authorisations, which is currently at its highest ever level.

Many of us hoped that our governments would, by now, be taking real steps to combat climate breakdown. But it seems that is too much to ask of the Irish government.