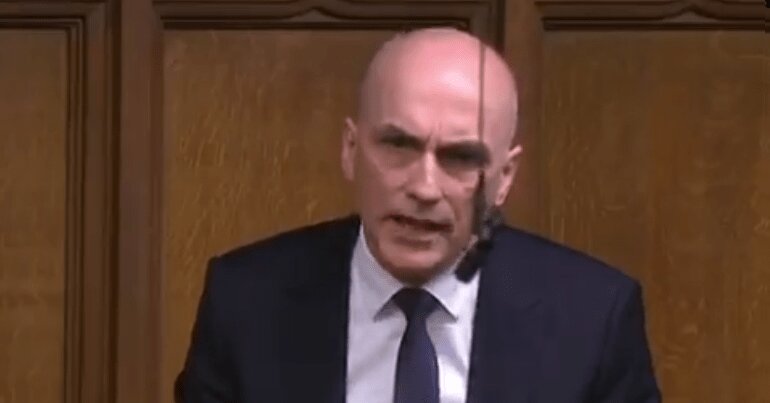 The real reason the Labour right and the corporate media hounded MP Chris Williamson out of the Labour Party is a bitter pill to swallow.

On 9 July, Labour’s Disputes Committee kept Williamson suspended from the party, referring his case to a new panel.

Alleged antisemitic behaviour triggered Williamson’s suspension. But the attack on the MP actually has nothing to do with antisemitism for right-wing Labour power players. Given Williamson hasn’t said anything remotely antisemitic, that much is obvious. He said that Labour has been “too apologetic” in response to being “demonised as a racist and bigoted party”. And he spoke of tackling the “scourge of antisemitism” in the same address. In other words, Williamson was defending the membership and leadership from demonisation, while recognising genuine antisemitism.

In the past, the MP for Derby North established his constituency’s annual Holocaust Memorial Day commemorations and has long fought the far-right with the Anti-Nazi League.

War against the membership

So clearly, it’s not about antisemitism for these Labour elites. In reality, the hounding of Williamson is an extension of the Labour establishment’s war against its own membership. This war began in 2015 when Jeremy Corbyn’s rise to the leadership brought hundreds of thousands of new members to the party.

Labour elites felt threatened by the new grassroots base. Deputy leader Tom Watson, for instance, ludicrously smeared hundreds of thousands of people as under the control of “Trotsky entryists”. Instead of welcoming new party support, Watson tried to diminish the views of Labour members with a conspiracy theory about “old hands twisting young arms”. Then, he and the Labour right barred over 100,000 Labour members from voting in the second leadership contest, fighting them all the way to the High Court. Other tactics involved booting out as many left-wing members as possible for ‘crimes’ such as liking a tweet supporting Green Party fracking policy (apparently that qualified as betraying Labour).

Open selection and the threat from the membership

With this history in mind, it’s no coincidence that Watson and the right are after Williamson. Williamson has been the only Labour MP to tour the country campaigning for ‘open selection‘. This policy represents a direct transfer of power from MPs and union leaders to the membership. It enables anyone from the grassroots to become the Labour parliamentary candidate for their constituency if they can generate enough support. Open selection:

Unfortunately, MPs and union leaders scuppered the chance because they would lose power over Labour’s selection process. In other words, Labour grandees refused to devolve power to the democratic will of the membership.

But Williamson did the opposite. He toured around the country in a ‘Democracy Roadshow’, campaigning for open selection. As the Guardian reported, he risked the “wrath of centrist colleagues” as he campaigned for greater democracy in their constituencies, which could ultimately result in them losing their jobs.

Williamson’s campaign helped expose too many Labour MPs and union leaders as power-drunk elites hiding under Labour banners. The prospect of open selection generated fear and anxiety in Labour grandees. And Williamson’s strident support for Corbyn and his anti-imperialist foreign policy only pushed him closer to their crosshairs.

The real motive behind Williamson’s suspension is elite anxiety over losing power to the membership. It’s a cynical manipulation of the very real issue of antisemitism for political ends. And it’s utterly foul.