Now Boris Johnson is prime minister, it's time to talk frankly about his nasty streak - Canary 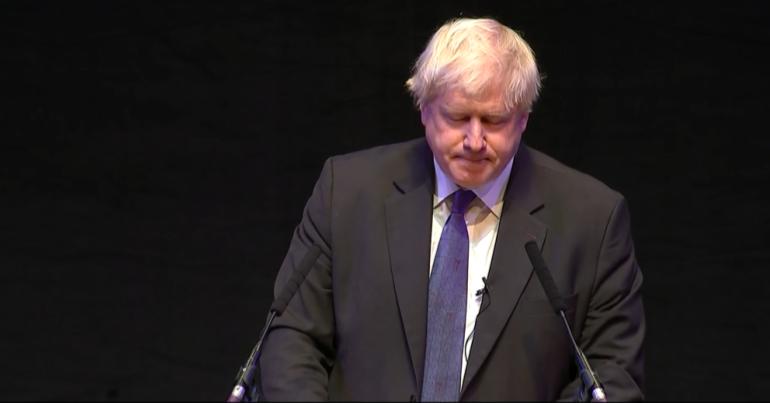 The issue with new prime minister Boris Johnson isn’t only his voting record of cuts, war and privatisation. It isn’t confined to his bluster, lies and embarrassing incompetence. He also has a nasty streak.

No problem with physical violence

Johnson was secretly recorded conspiring to have a journalist’s ribs broken with his friend Darius Guppy in 1990. According to the Guardian, Johnson “tried four contacts to obtain the details”.

During the call, Johnson seemed mainly concerned with his own well-being, saying things like “if I get in trouble…” or “I will be fucking furious” if identified.

Guppy wanted Stuart Collier beaten up as punishment for investigating him. And Johnson agreed:

Johnson’s disregard for violence doesn’t seem to have changed much. The new Conservative leader refused to apologise in October 2017 after saying that Libya could be turned into a luxury resort once people cleared away the “dead bodies”.

Jeremy Corbyn and shadow chancellor John McDonnell were two of 13 MPs to vote against military action against Libya, warning of the risk of increased instability and terrorism. Johnson voted with David Cameron to intervene in the country, which the foreign affairs select committee concluded in 2016 was ultimately an “opportunist policy of regime change”.

Cameron, the US and France had no “strategy to support and shape post-Gaddafi Libya”, the report found. This led to the Libya of today – a hot bed of terrorism, organ harvesting and slave markets.

Still Johnson took no issue with laughing as he said publicly:

They have got a brilliant vision to turn Sirte into the next Dubai.

As well as the bluster and legislative violence, Johnson seems to be a nasty individual happy with abusing his power for personal gain. He’s not a statesman, but a poundshop mafia boss born with a silver spoon up his arse. Almost nobody voted for this irresponsible asshat to be prime minister. We need a general election immediately.