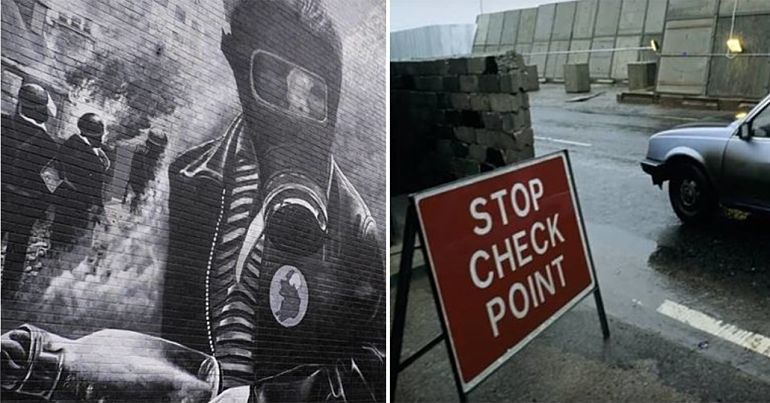 On 12 August 1969, a battle between Irish republicans on one side and British police and loyalist gangs on the other raged for two days in Derry city. The battle of the Bogside, as it became known, ensured the conflict in Ireland would continue for another 29 years.

And despite that protracted conflict, it seems as if lessons haven’t been learned. The seeds for a new conflict are being sown during this period of Tory-led, no-deal Brexit shambles as the party once again cosies up to unionism.

But, despite what some remainers would have us believe, it wasn’t a hard border that ignited the last conflict. Instead, it was British pandering to unionists. This hard-right form of government must end.

Seeds of the battle are sown

The shock surrounding a two day battle in such a small city is not that the battle occurred, but that it didn’t occur sooner. Irish republicans experienced discrimination at the hands of a unionist government in the north since its foundation in 1922.

The year prior to this battle saw British police and hard-line loyalists brutally attack Irish civil rights marchers in Armagh and Burntollet. So this battle was inevitable. And given Britain’s worldwide colonial experience it’s unfathomable they couldn’t have predicted it.

The battle of the Bogside raged for two days and began as a loyalist parade through the city was ending. The seeds for this battle were sown in Armagh and Burntollet and in the previous January following Royal Ulster Constabulary (RUC) violence.

The streets of the city were covered in rubble and filled with CS gas. The fighting was so intense that the Irish government reportedly set up field hospitals on the southern side of the border.

The battle ended with a “weary RUC” when home secretary James Callaghan sent in British troops.

The border didn’t start it

Custom posts existed in Ireland from 1923 until their removal in 1993. But the battle in Derry didn’t begin because of the existence of such posts. It began as a result of decades of discrimination and violence noted above, and because of the free hand successive British governments gave to unionism.

And there are echoes of that in the make-up of the current Tory-DUP alliance. Even more so since Boris Johnson became leader of the Tories and he appointed Julian Smith as the new secretary of state for Northern Ireland.

That violent past is still our present. Last weekend saw the victims’ families march to commemorate the Ballymurphy massacre that took place from 9 to 11 August 1971. Other unresolved legacy issues put peace at risk. And as they have remained unresolved for so long, grassroots republicans could start asking what their lives will be like under a hard-right Tory government and its hard-right DUP allies.

Today’s 50th anniversary serves as a timely and stark reminder that it wasn’t the presence of borders that caused conflict. But we can’t learn that lesson properly when the hard right is in power.

People must prepare for the upcoming election and ensure we boot out this unfeeling and uncaring government as soon as possible. We need a government that cares about human rights for the people of Derry and Belfast and everywhere else.