Tony Blair is concern trolling you. Centrists do not fear a general election because of Brexit. - Canary 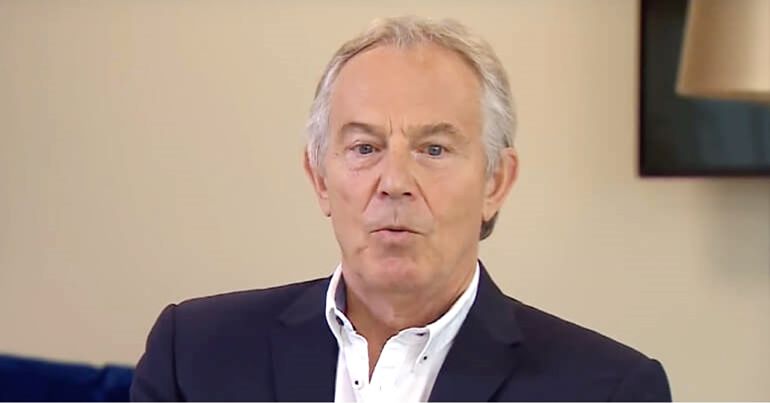 Tony Blair and the centrists are essentially concern trolling the Labour leadership, its supporters, and anyone who wants to see the back of the Conservatives. They say that a general election is Boris Johnson’s “elephant trap” for Labour.

But in reality, the centrists don’t want an election because they fear Jeremy Corbyn winning.

Blair’s position is utterly ridiculous. An election is the opposite of a ‘trap’ for the opposition. The last thing a sitting Conservative government wants is a huge risk that it will lose power. On the flip side, the ideal thing that the official opposition wants is the chance to gain power. It’s a hallmark of centrist nonsense that people are having to reiterate this. As long as the election doesn’t automatically enable no-deal through its timetable, Labour should absolutely vote for it to go ahead, as shadow attorney general Shami Chakrabarti has suggested:

We need a locked in guarantee that Britain will not crash out of the EU in an election campaign period.

Blair, meanwhile, is performing mental gymnastics to try and convince Labour to threaten Johnson, not with an election, but with the prime minister’s own job security. That’s because Blair’s not actually primarily concerned with Brexit, but with stopping Corbyn entering Downing Street.

This is likely the number one issue for Blair. And not only because a Corbyn premiership would finish the job of making his centrist politics irrelevant. In May 2016, Corbyn stood by his previous assertion that he could oversee a trial locking Blair up for the Iraq war:

Another issue with the centrist noise is that, actually, the only way to stop no-deal is Corbyn winning an election. Centrists such as Labour MP Mary Creagh have suggested the opposite, saying that “we aren’t going to agree to [an election] when there is a threat of a no-deal Brexit hanging over the country”. But even if Labour secured legislation that blocked no-deal, Johnson could simply repeal that legislation if he won an election.

It’s a pointless exercise that only makes Labour look as if it cannot win the battle of ideas. And such posturing could throw away the chance to end austerity, win the culture war and genuinely prevent a no-deal Brexit.

While Labour gained 30 seats in the last election, the untold story is how the party changed Tory safe seats into marginals. The new electoral battleground means Corbyn’s Labour has teed up victory for next time.

Labour should ignore melts like Blair and vote for an election to go ahead as soon as possible.