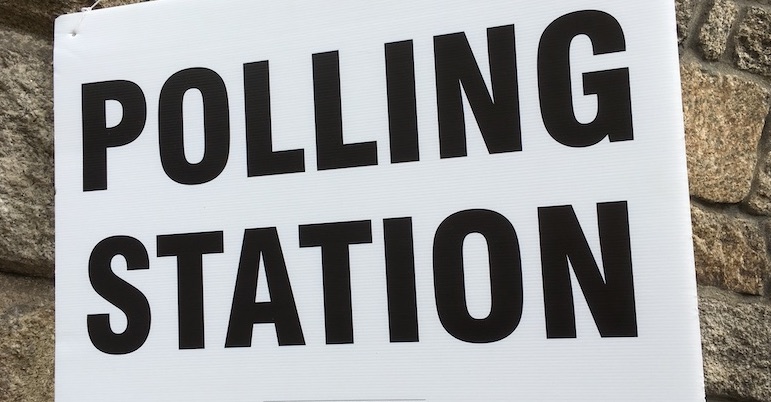 The current chaos in UK politics means a general election may be called any day. But as Boris Johnson pushes the country to the brink, his timing may also deny thousands of people the chance to vote. We need to act now.

On 3 September, parliament defeated Johnson’s right-wing government. In response, he’s likely to call on parliament to vote for a snap general election. Although, at this stage, Labour plans to resist this until parliament can block a no-deal Brexit. But it’s looking increasingly likely that there’s a general election imminent.

If Johnson pushes ahead with an election on or around 14 October, people must register to vote 12 working days beforehand. This could mean by midnight on 26 September. The latest date to register for a postal vote would be 5pm on 27 September.

As many people pointed out, it’s never been more important to make sure that everyone is able to vote.

There will be a General Election. It will be a choice between Tory austerity, barbarism & chaos with Boris Johnson or Labour growth, justice & equality with Jeremy Corbyn.

An election is coming.

And remind everyone you know!

We need to get this shower out and @jeremycorbyn in!

But the timing of Johnson’s latest move also has an added sting. Because thousands of students across the UK are set to head to university over the next month, they’ll need to make sure they’re registered at the correct address or for a proxy vote. This is the first time most of these young people will have been eligible to vote in a general election. And many may not realise the urgency.

Journalist Paul Mason stressed how important this is;

Students – please register to vote: if the Tory-Farage alliance wins this could be the last free and fair election the UK ever holds. Think that's hype – just google Dominic Cummings. Register here: https://t.co/j8khNIjfya

Others, meanwhile, worried that lack of information may deny thousands of people the chance to vote:

Deadline for registration is 26/9
with 27/9 for postal or proxy votes.
STUDENTS need to register ASAP at both your addresses to protect vote/vote by post https://t.co/AGOY8J6Cso

If you know students going to university for the first time, be aware unless they register for a proxy vote, there’s a risk they might miss voting in any October general election. And it seems to be a cumbersome process requiring the university to stamp the form.

But if people act in time, these votes could be strategically important. Students can register both at their home address and at university. So, as some people pointed out, this means that if either a student’s home or university address is in a marginal seat, their vote could mean even more:

If you’re still a student you can register in both your home and uni constituency. You can only vote in one so make sure you chose the most marginal one to vote in!

The youth vote is vital to kick Johnson’s right-wing government out. In the 2017 general election, Labour saw its biggest vote share increase since 1945. One key factor was support for Corbyn-led policies from young people. Artists like Stormzy spoke out and connected to empower young voters. Some, like artist AJ Tracey who spoke out about homelessness, connected on key Labour policy issues. Grime MC JME met with Corbyn to explain “why bare of us don’t vote”.

This time around, the stakes are even higher. So it’s vital that we don’t let Johnson deny young people, or indeed anyone, the chance to vote. We need to get out there and make sure that no one loses the chance to vote him out.