To stop the DUP, Sinn Féin considers working with other parties in possible snap election - The Canary 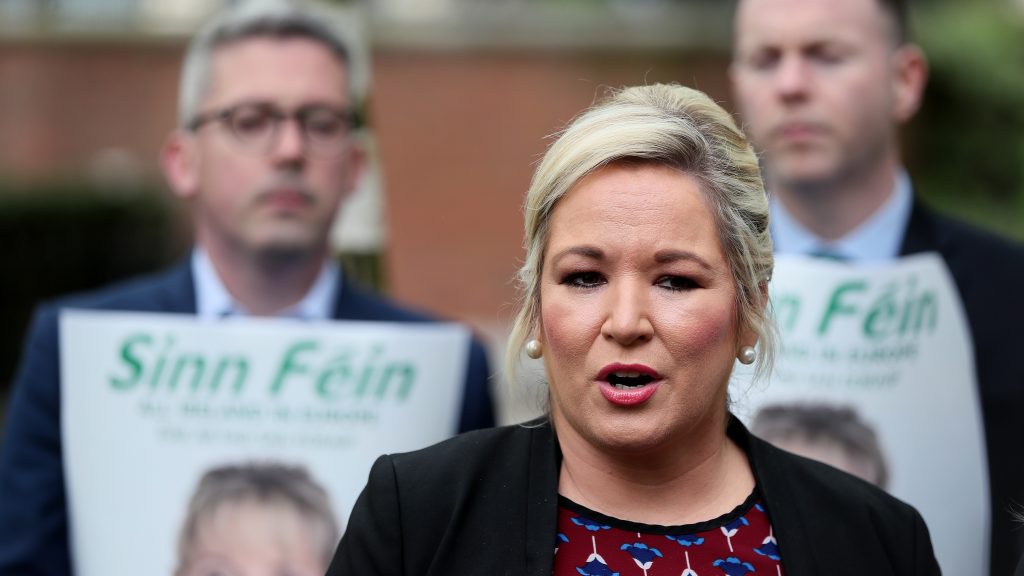 Sinn Féin has signalled a willingness to co-operate with other pro-Remain parties to challenge DUP Brexiteer candidates if a general election is called.

Party vice president Michelle O’Neill did not rule out electoral pacts with other “progressive” parties to maximise the chances of taking seats in the north of Ireland.

She was at Stormont on Wednesday to chair an election planning meeting with party colleagues, and said:

Clearly we are moving very quickly towards an election…

Sinn Féin has joined forces with the SDLP, Alliance Party and Green Party at various junctures in the last few years to articulate joint positions on Brexit developments.

On the prospect of working with other pro-Remain parties during an election campaign, O’Neill said:

Of course we have to be open to working with other parties, as we have done throughout the course of the last two and a half years. We have been able to work with the other progressive, pro-Remain parties in making sure that our voice is heard very strongly in that we want to protect the Good Friday Agreement, that we voted to remain and there is nothing good to come from Brexit.

“Anyone watching what is happening in Westminster can see that Irish interests will never be served there. Sinn Féin will stand firm in defending the GFA and the interests of the citizens of Ireland” @moneillsf pic.twitter.com/xD3Ma6p2yP

Asked whether the party would be prepared to stand aside in certain constituencies to give another pro-Remain candidate a better chance of taking a seat from the DUP, she replied:

The party will clearly have to discuss all of those things, but what I have said is we have clearly stood on a progressive agenda of working with other parties, where we can send out a very clear message that we say no to Brexit, that we want to protect the Good Friday Agreement and that people here voted to remain – that will guide us through the conversations and discussions that may occur.

O’Neill also made clear Sinn Féin would not be reconsidering its Westminster abstentionist policy ahead of any snap poll.

Westminster never has and never will act in the interests of the people of Ireland. The nationalist and republican people look at the chaos of Westminster and there is no desire to be in there – @ChrisHazzardSF #VictoriaLive pic.twitter.com/oKaNW1UNyA