After PMQs, Johnson may have thought his day couldn't get worse. He was wrong. - Canary Workers’ Co-op 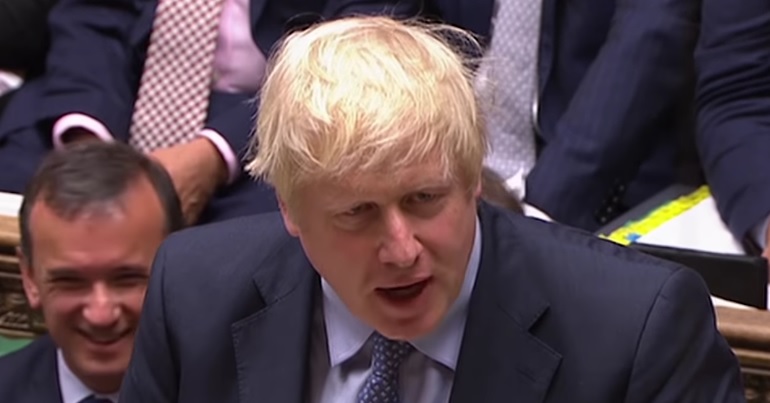 PMQs did not go well for Boris Johnson. In fact, his week so far has all been pretty shit. But it just got worse. Because shock new research shows that, if he gets the general election he clearly wants but says he doesn’t want, a Tory party win is by no means a guarantee.

According to the Evening Standard, the weekday average for people registering to vote over the last month was 27,000. But in the last 48 hours, that number has grown rapidly. 52,408 people registered on 2 September. 64,485 then registered the following day. That makes well over 100,000 new applications in just two days.

Now obviously, a number of those rushing to register could be supporters of Johnson. Some could well be people who watch him suspending parliament, insinuating he’ll ignore new laws, firing Tory MPs from the party for not falling into line and think ‘wow, that’s my kind of PM’.

But over half of those new applications were from people under 34 years old. 58% of them, in fact. And in the 2017 general election, under Jeremy Corbyn’s leadership, young people overwhemingly voted for Labour. According to pollster YouGov, 63% of people aged 18-29 voted Labour in that election.

In an interview with author Naomi Klein in July 2017, Corbyn explained the exact battle he believed the party won in that election:

We didn’t win the election. I wish we had. But in that campaign, we changed the debate

During the interview, Klein suggested that Corbyn’s success in doing so hadn’t gone unnoticed in the Conservative Party. She said:

We’re seeing that again this time round too. The spending plan just announced by Johnson’s chancellor Sajid Javid was filled with promises to throw money into numerous areas. It’s the sort of plan that Britain’s Tory-leaning media would have used as a stick to beat Labour with if it proposed such a thing. As shadow chancellor John McDonnell says, given the party’s usual devotion to ‘fiscal conservatism’, it stinks of “grubby electioneering” by the Tories.

Whether such electioneering will attract young voters at any potential election remains to be seen. But clearly, young people are planning to show up to have their say, in their droves.