Another 64,000 reasons to get rid of the Tories ASAP - Canary 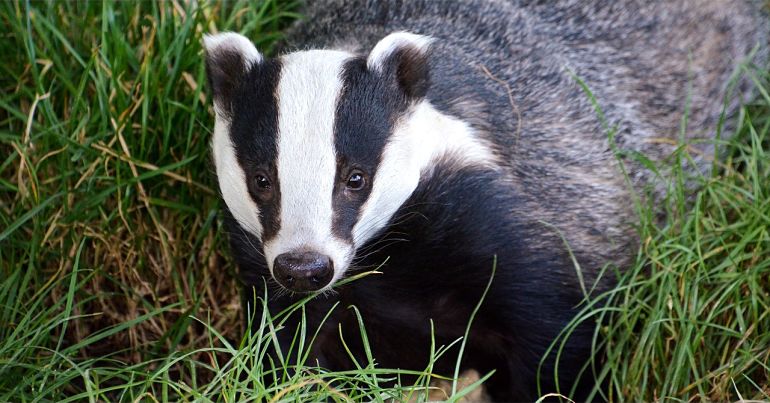 The government has confirmed plans for this autumn’s badger cull. As many as 64,000 animals will be killed across 43 areas running the length of England. This would be twice the number killed last year and would almost double the total killed since the cull began in 2013. The cull is the government’s preferred method for tackling bovine tuberculosis (bTB) in cattle.

Among many horrendous Conservative policies that have blighted the country since 2010, the badger cull stands out as being particularly wrong-headed. The Tories’ crimes against decency and reason are so many and so serious that it would be utterly wrong to attempt to impose any sort of hierarchy. Austerity, the fatuous idea that we can speed up the economy by pulling on the handbrake, has plunged millions into poverty. Scandalously, one single budget cut – to public health – has led to over 130,000 premature deaths. Ill-conceived, badly designed, and callously imposed welfare policies such as Universal Credit have inflicted misery on people, with no convincing explanation for why the government ever thought they’d be a good idea.

The badger cull flies in the face of science. A large-scale experiment took place under Labour between 1998 and 2006. During that time, 11,000 badgers were killed. But the Randomised Badger Culling Trial (RBCT) used strict scientific methods. From the beginning, it established its aims and processes. And it published its findings in the appropriate journals as it went along, to allow the scientific community to judge it. The current cull, meanwhile, stands accused of being “inhumane” and “a failure”. Prof Rosie Woodroffe was part of the team that carried out the RBCT. And she reacted with dismay to the latest cull announcement. The Guardian reported her as saying:

I cannot understand why the government has permitted this massive expansion of badger culling, when it has not yet responded to the Godfray Review it commissioned and received nearly a year ago.

This report, from Oxford university’s Prof Charles Godfray, found that bTB was more likely to spread between cattle than directly from badgers. It particularly blamed cattle trading and poor quality fencing on farms. And Godfray made a revealing point:

There are passionately held, irreconcilable differences between people who believe it is unconscionable to kill wildlife such as badgers and those that believe it is absolutely necessary. It is not a science decision – it has to be made by ministers.

In the parliamentary debate when the government began the cull in 2013, Labour MP Huw Irranca-Davies spoke on similar lines. Referring to various MPs who had spoken “passionately on behalf of farmers”, he added:

as an aside, we note that the various farming unions around the UK are possibly the only unions not routinely denigrated by this Government.

In the first year of the badger cull, the National Farmers Union (NFU) was not just involved in driving government policy – it was in the police control room during the cull. NFU representatives allegedly worked hand in hand with police to disrupt activists who were seeking to save badgers’ lives. There’s been a feeling ever since 2013 that the government is simply dancing to the NFU’s tune regarding badgers.

It’s part of a wider and more profound connection between the political and landowning classes. This peculiar idea that farmers know best and highly trained scientists are just busybodies clings on in the countryside. It certainly explains why the government favours an unscientific badger cull over more effective methods. And it’s just one more reason (or perhaps 64,000 reasons) among so many why we have to get rid of this ignorant and cruel Conservative government at the earliest opportunity.