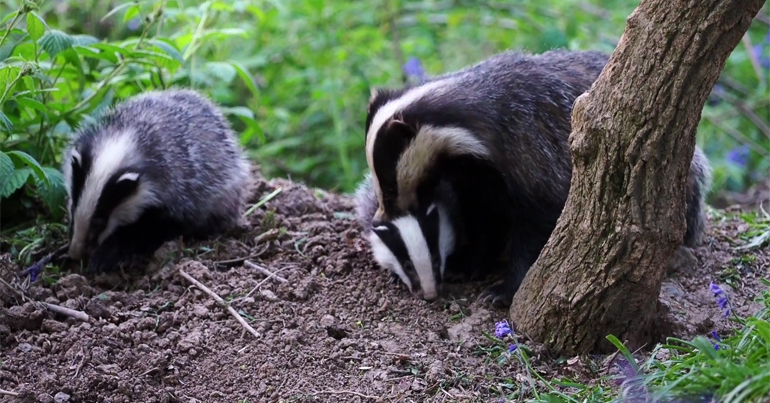 The 2018 badger cull was the “largest destruction of a protected species in living memory” according to one anti-cull campaigner speaking after its true scale was revealed.

The scale of the badger cull

On 18 December, the Department for Environment, Food and Rural Affairs (DEFRA) published its report on the 2018 badger cull. It’s the sixth year in the government’s 25-year plan to control bovine TB (bTB).

The report revealed a total of 32,601 badgers were killed across 32 areas. This total outstrips previous years’ figures by a huge margin. Since culling began in 2013, the number of badgers killed includes:

Speaking in the Guardian, Badger Trust CEO Dominic Dyer estimated more than £50m of public money will have been spent on the cull by the end of this year. He also called the 2018 cull:

the largest destruction of a protected species in living memory.

2018’s numbers included 602 in Cumbria. The county was the first ‘low risk area’ (LRA) to be licensed. As The Canary previously reported, opening up LRAs means potentially “no part of England” will be safe for badgers.

It comes after DEFRA said on 13 September that the cull’s first two pilot areas in Somerset and Gloucestershire successfully reduced bTB. But the claim was widely condemned by anti-cull scientists and campaigners. Zoological Society of London professor Rosie Woodroffe said DEFRA had “cherry-picked” data and published “fake science”.

Woodroffe was equally scathing about the latest cull’s figures. She criticised Tim Hill, the government’s lead scientist for the bTB strategy, as lacking a “deeper understanding” of the impact of population change in badgers. Woodroffe also described the government’s method of shifting targets mid-cull as “bizarrely seat-of-the-pants”. And, in a stark illustration of what 2018’s cull looks like, she said:

if you laid 32,000 badgers nose-to-tail, and started walking at 10am, it would take you until 4pm to reach the last one, even without breaking for lunch!

Meanwhile, direct action group Stop the Cull also highlighted the government’s slippery numbers. It pointed out that the number of badgers killed per square kilometre in order to be considered successful has had to be constantly reduced. Despite this, five zones still failed to reach their targets in 2018.

Campaign group TB Free England posted its own brief analysis saying less than 0.3% of shoots were monitored. About 10% of those monitored were unable to retrieve badgers, meaning the animals “potentially suffered”.

Intensive cattle farming, lax controls on livestock movement, and even hunting hounds have all been put forward as alternative sources of bTB spread. On 17 December, the BBC reported that one farmer was caught injecting his cows with diesel in order to fake positive results of the disease. Meanwhile, the government’s own data suggested the cull isn’t effectively controlling cattle infection.

The Badger Trust has shown with its Derbyshire Vaccination Project that non-harmful methods of bTB control in badgers are possible. Despite this, the government continues with the cull. Consequently, it’s been repeatedly slammed for putting politics over science. With the number of badgers senselessly murdered expanding year-on-year, we must find out who the government is really serving.