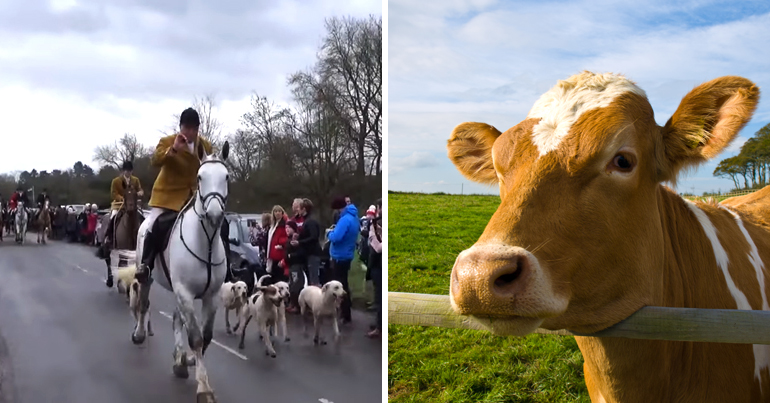 A veterinary research group has called for a stop to hunting. It says there is a “great deal more evidence” to show hunting hounds are responsible for spreading bovine tuberculosis (bTB) than there is for badgers. And it says the government’s response to the presence of bTB in hounds has been “negligent”.

Veterinary research body Prion Interest Group has called for the Department for Environmental, Food & Rural Affairs (Defra) to announce a temporary ban on hunting. It follows the revelation that 97 hounds from the Kimblewick Hunt were killed following a bTB outbreak in the kennels. It took a long time for the full facts of this case to emerge. Prion Interest Group said there is:

The group condemned the Kimblewick Hunt for introducing bTB into a new area. And it called for a stop to all hunting activity until hounds across the country are bTB-free.

Citing a July 2018 report by the University of Edinburgh into the Kimblewick Hunt outbreak, Prion Interest Group points at infected farm animals fed to hounds as the source of infection. As a result, the group also called for an immediate ban on the feeding of livestock to hunting hounds.

Prion Interest Group criticised Defra’s actions after the outbreak. The department banned the feeding of offal. But, the group says, bTB isn’t confined to offal and described Defra’s policy as “inadequate” and “negligent”.

“No evidence” of bTB

The Canary contacted Defra for comment and a spokesperson said:

We take biosecurity and animal welfare extremely seriously and expect hunt organisers to put in place appropriate measures to protect people and animals from the risk of disease. TB in dogs caused by Mycobacterium bovis in the UK is extremely rare. There is no evidence to suggest dogs play a significant role in the persistence of bovine TB in England or that hunting with dogs contributes to the spread of the disease in cattle.

Prion Interest Group accuses Defra of being “secretive” in its response and says the department needs “radical reform”.

When the Kimblewick Hunt cover-up became public, anti-hunting campaigners quickly pointed to Lord Gardiner. The under secretary for rural affairs and biosecurity is not only a former deputy chief executive of pro-hunting lobby group Countryside Alliance but an honorary member of the Kimblewick Hunt.

The Canary also approached Defra about this but received no comment.

In order to wipe out bTB, the government has run an annual programme to cull badgers since 2013. In 2018, more than 40,000 badgers could be killed. But scientists and campaigners have long pointed to other causes for the disease’s spread, including hunting hounds. This latest report adds to a growing pile of evidence showing the badger cull is needless murder.

– Follow Hounds Off and the League Against Cruel Sports for more information about bTB in hunting hounds.

– Check out the National Trust’s response to concerns about bTB in hunting hounds.

– Read more about the badger cull and wildlife crime at The Canary.