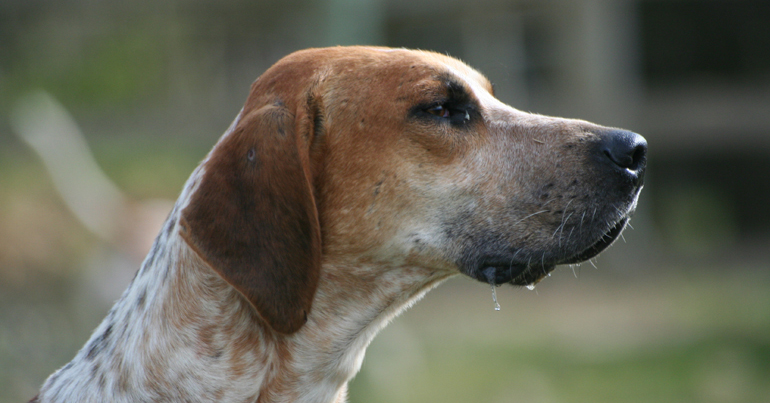 Nearly 100 foxhounds from a single hunt have been killed because of bovine tuberculosis (bTB), a recently published study reveals. This is four times more than originally confirmed by the Kimblewick Hunt. And this news arrives around the time badger culling normally begins.

Researchers from the University of Edinburgh published An outbreak of tuberculosis due to Mycobacterium bovis infection in a pack of English Foxhounds on 31 July. It investigates the Kimblewick Hunt, whose hounds were killed following an outbreak of bTB in December 2016.

The story originally broke in March 2017. At the time, “about 25 hounds” were put down, the Kimblewick Hunt claimed. But the recently released University of Edinburgh report confirms [paywall] 97 hounds were killed.

A December 2017 report [pdf, p32] by Prof Stephen Harris and Dr Jo Dorning for the League Against Cruel Sports responded with surprise at the initially reported figure:

In the UK bTB is rarely recorded in dogs. Only eight cases were diagnosed in dogs from 1993 to 2009 … and these were invariably isolated cases… Thus the number of hounds infected with bTB at the Kimblewick Hunt is particular remarkable.

The actual figure, therefore, comes as a bombshell.

While the League’s report suggested [pdf, p43] an “infected carcase” fed to the hounds might be the source of bTB infection among the Kimblewick Hunt’s hounds, the University of Edinburgh report is less clear. It says:

The likelihood of feeding infected material to the hounds at this kennel was consequently assessed as low, but with a medium level of uncertainty regarding prevalence of carcase infection and dose–response in dogs.

The researchers also highlighted kennel conditions as a major factor. Overcrowding of hounds allowed “an ideal opportunity” for bTB to break out. This high density may also have stressed the animals, making them more liable for infection. And kennel buildings in “sub-optimal” states of repair meant proper disinfection was impossible.

The investigation also discovered that one human had subsequently contracted latent TB.

Infection of bTB in hunting hounds is significant because they have received sparse attention as a transmitter of the disease. While the government’s preferred strategy of culling badgers continues to expand, the Kimblewick Hunt hounds show that other factors are at work.

At the time of infection, there were 35 known cases of bTB amongst cattle herds in the area covered by the Kimblewick Hunt. Just four months later, in April 2017, there were 90.

Harris and Dorning’s report for the League lays out a number of risks posed by infected hunting hounds. These include the animals travelling through farms and farmland during a day’s hunting. Hunting hounds also have lower veterinary standards than domestic dogs. These and other risks mean hunts haven’t received proper scrutiny in their role as possible spreaders of bTB.

– Check out the League Against Cruel Sports for more information about this case and the fight against all bloodsports.