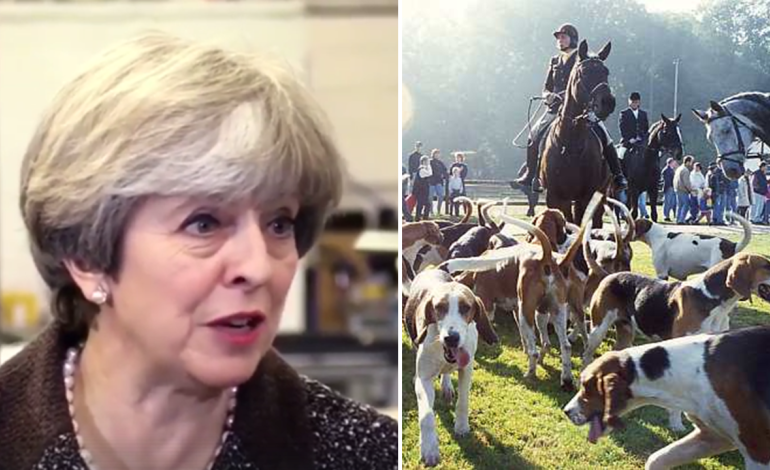 Three weeks into her election campaign, Theresa May confirmed that she would be supporting a vote on fox hunting. It turned out to be the first serious misstep of what had previously been a lacklustre but uncontroversial pitch. A week later, Jeremy Corbyn unveiled the Labour Party manifesto to great acclaim and the Conservative manifesto that followed two days later plunged the party into the chaos of the ‘dementia tax’. When polling day demolished the Tory majority, it became clear that there will be no chance of fox hunting changing its legal status for years, if ever.

So hunting foxes with hounds remains illegal. Yet hunt groups continue to operate up and down the country. Some, no doubt, enjoy the activities, such as trail hunting, which are legal under the Hunting Act 2004. But evidence suggests that, far too often, hunters exploit the compromises in the Act. Reports of hunts running riot through communities show a disturbing lack of respect for the law and for nature.

But new evidence appears to suggest that hunting practices may be dangerous to more than just foxes. In March, news broke that hounds at the Kimblewick Hunt had contracted bovine tuberculosis (bTB). As the name implies, this is a cattle disease and it seems the infection happened when hounds ate infected beef. Farmers routinely donate the carcasses of ‘fallen’ cattle to their local hunt kennel. The infection occurred in December 2016. At least 25 hounds were put down and another 120 monitored for symptoms. But the Department for the Environment, Food and Rural Affairs (Defra) made no public announcement. And it said the outbreak could be dealt with by the hunt’s ‘private vets’. Visiting hunts were allowed to bring their own packs of hounds to hunt the Kimblewick’s ‘country’, while the Kimblewick voluntarily ceased activities.

The ‘private vets’ tasked with handling the situation were members of the Kimblewick. The Parliamentary Under Secretary of State for Rural Affairs and Biosecurity at Defra is Lord Gardiner of Kimble. He is also a former Deputy Chief Executive of the pro-hunting Countryside Alliance and a former chairman of the previous incarnation of the Kimblewick. His Defra role includes oversight of farm biosecurity measures and issues of animal health and welfare. Unsurprisingly, some commentators are suggesting that vested interests could be downplaying the Kimblewick incident.

And now, it appears those fears may be valid. The Times reported [paywall] that there were 35 bTB outbreaks confirmed in the Kimblewick area at the time the infection is thought to have happened in December. By April, there were 90. According to [paywall] vet Iain McGill:

There is a TB epidemic spreading out of control. I’m extremely concerned that the government is ignoring significant evidence that this disease is being carried by hunting hounds.

The Conservative government’s main plan to tackle bTB over the last few years has been the badger cull. The party’s manifesto made no mention of it, unlike Labour’s, which said a Corbyn government would “cease the badger cull, which spreads bovine TB”. This refers to the ‘perturbation effect’, where the cull causes remaining animals to roam more widely.

With research increasingly suggesting that farm biosecurity is a more significant factor in bTB prevalence than the presence of badgers, the government should really be seeking to tighten up slack practices. And on top of the feeding of untested dead cattle to hounds, perhaps it’s time to call an end to hunting packs rampaging through the countryside.