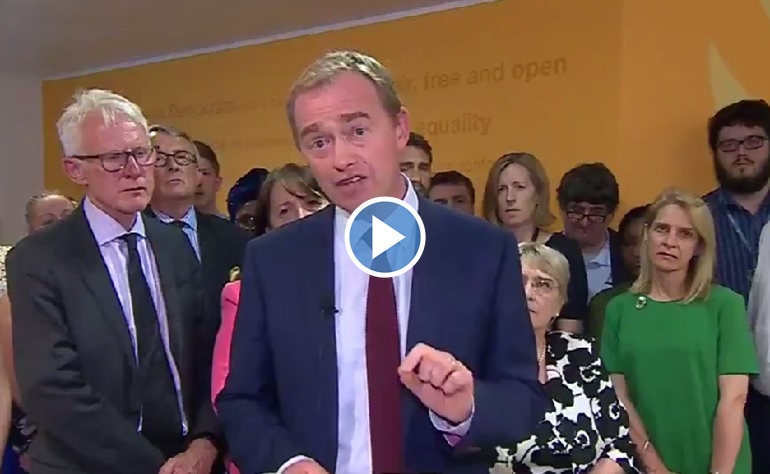 After the 8 June general election, sources reportedly said that Tim Farron was “bulletproof” as leader of the Liberal Democrats. This was in spite of the slashing of his own majority, and a failure to overturn the continued decline in votes for his party. But on 14 June, Farron decided to step down as leader. And this decision says all we need to know about the state of the party today: that it’s divided, and seriously out of touch.

On 14 June, Lib Dem home affairs spokesman Brian Paddick resigned from his post. This was apparently due to concerns about Farron’s personal views; in particular, the questions that Farron has faced about homosexuality and abortion (even though he has since insisted that he’s not opposed to either).

.@timfarron resigns as leader of the Liberal Democrats, saying he has been "the subject of suspicion" because of his religious beliefs pic.twitter.com/CDXucTBqHV

Religious issues, however, are unlikely to be the only reason for Farron’s resignation. For while it was always going to be difficult to overturn his party’s electoral fortunes in the wake of its coalition with the Conservatives, he simply didn’t seem to understand the public mood. And this was particularly clear when he said, pessimistically:

There will be a Conservative landslide. There is no point in pretending otherwise.

It was also clear when he claimed that Labour Party leader Jeremy Corbyn was somehow “not progressive”, or “demonstrably the worst leader in British political history”.

But at least Farron had the guts to step down after failing to win Britain over. Unlike others, as Labour MP Sarah Champion pointed out:

Farron’s resignation is also a positive for the Lib Dems, though. Because now, they have a chance to read the public mood and respond appropriately. As The Canary previously argued, they desperately need to stand for something. And to become politically relevant again, they must drop the failed doctrine of neoliberalism completely, and embrace the spirit that saw their forefathers support the foundation of the NHS.

If they don’t do that, their poor electoral fortunes are only likely to continue.

– See more from The Canary on liberalism and the Lib Dems.