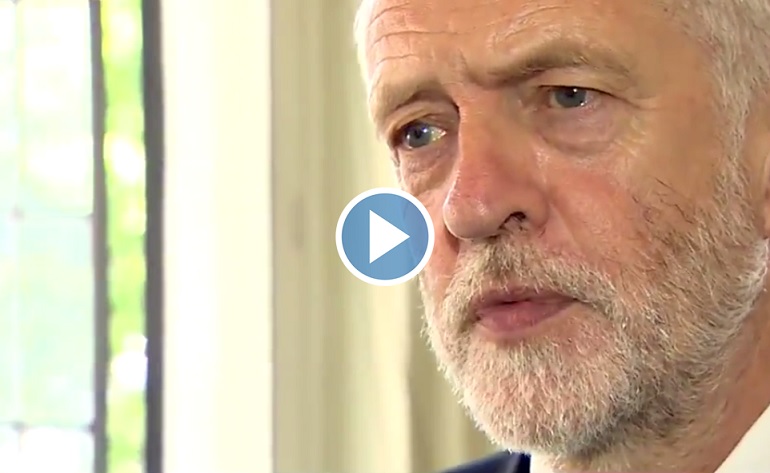 There were calls from some commentators on 14 June ‘not to politicise’ the tragic Grenfell Tower fire in London. And Labour leader Jeremy Corbyn also insisted that “today is the day to support the emergency services and the residents”. But at the same time, he didn’t shy away from making clear that it’s difficult to separate the tragedy from past political failures.

The Labour leader first sent “sympathy, support and solidarity” to everyone affected by the fire, before saying a “huge thank you” to the emergency services on the scene.

But when Sky News questioned Corbyn about the Grenfell Tower fire in relation to a similar disaster in 2009, Corbyn said:

lessons have to be learned…

Harriet Harman – the MP for Camberwell and Peckham who represented those people that suffered in the fire there in 2009 – has made the point that, if you cut local authority expenditure, then the price is paid somewhere.

.@jeremycorbyn says there are lessons to be learned and "if you cut local authority expenditure, a price is paid somewhere" #GrenfellTower pic.twitter.com/iWhvFM0hd2

Harriet Harman soon spoke out herself. And she suggested that lessons had not been learned from the past. She told BBC Radio 4‘s World At One programme:

Meanwhile, Corbyn also told Sky that, in the aftermath of the Grenfell fire, it would be important to look at:

And he told the BBC that:

You can never compromise on safety where fire is concerned… The reports that were made in the past have to be acted on.

A chorus of criticism

But Corbyn wasn’t the only one not afraid to link past political decisions to the tragedy at Grenfell Tower.

Novara Media co-founder Aaron Bastani insisted in the wake of the disaster that:

From poor safety standards to Tories rejecting laws to make all homes fit for human habitation, this morning’s tragedy in London is a political matter.

Others made similar points. From the landlord KCTMO’s alleged failures to its apparent profit-making:

To cuts to the fire service:

And to the Conservative government’s participation in, and failure to deal with, Britain’s chronic housing crisis:

To those calling for people not to politicise this tragedy: it's inherently political. You cannot separate social housing from politics.

Anyone who knows the area knows council/developers been trying to get rid of this overwhelmingly poor, multicultural community for years…

The idea that the #GrenfellTower tragedy was preventable is shattering. The neglect here is just inhuman. https://t.co/qbzELzec4w pic.twitter.com/jGx9M0JKqO

Or as Mark McGowan, the Artist Taxi Driver, said:

There’s literally people out in the streets screaming… ‘we told you, we told you’. And then you’ve got people saying ‘don’t politicise this’…

Don't politicize the Grenfell Fire.. people are literally screaming in the streets we told you so!!!! pic.twitter.com/UvHwn2zsrf

In short, today is indeed a day to focus on saving lives, to thank our emergency services, and to support everyone affected by the Grenfell Tower disaster in any way we can. But we also owe it to all the people who have suffered to look closely at why this happened, and to stop it from happening again. To do that, we need to be asking some very serious questions. And they’re almost all political.

– See more from The Canary on the Grenfell Tower fire here.