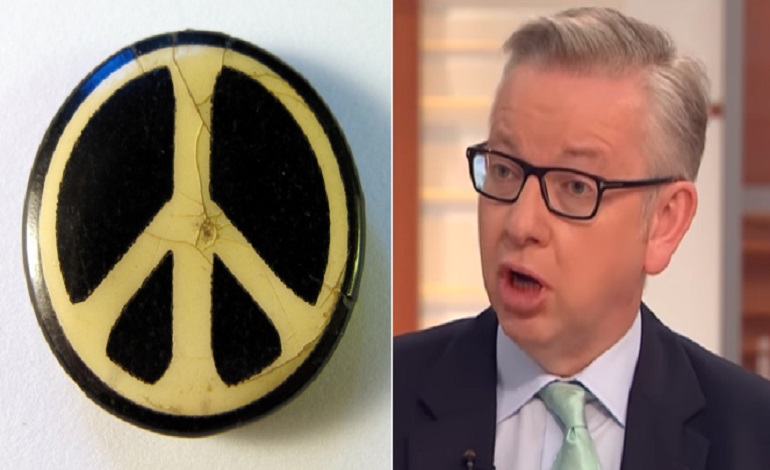 The Campaign for Nuclear Disarmament (CND) has criticised what it calls the “ill-advised” appointment by Theresa May of Michael Gove as Environment Secretary. Its condemnation comes ahead of a conference on renewable energy. And The Canary spoke exclusively to CND General Secretary Kate Hudson about climate change, renewables and the future under a potential Conservative-led government.

The CND was formed in 1957, with the specific goal of campaigning for an end to nuclear weapons. But over the years, the group has broadened its remit, and on Saturday 17 June it will be holding a conference on renewable energy. Entitled No need for nuclear: the renewables are here, it will be tackling:

Nothing new for the CND

But as Hudson told The Canary, tackling nuclear power is nothing new for the CND. In fact, she says the group has been addressing renewables for “decades”:

CND is best known for being anti-nuclear weapons but for some decades now we have also had an anti-nuclear power stance. The technologies are inextricably linked and the radiation impacts are of shared devastation. Nuclear power is dirty, dangerous, expensive and absolutely unnecessary. Renewables now demonstrate that final point beyond all question. The idea that nuclear power is worth the risk is finished. Many countries already recognise that and it’s time for the UK to kick its nuclear addiction in the interests of people and planet.

Renewable energy in the UK currently makes up, on average, 20% of our supply. And in May, solar power hit a record high, outperforming nuclear energy for the first time and accounting for a quarter of all UK electricity.

But the UK still lags behind other countries. Germany, for example, broke into the record books in May. Because it saw coal and nuclear’s share of energy production fall to just 15%, with 85% coming from renewables. The German government aims for this to be “completely normal” by 2030, with combustion engines banned. And it also wants to see its carbon emissions at 20% of 1990 levels by 2050.

The UK’s commitment to renewables and tackling climate change was called into question, however, with the appointment of Gove as Environment Secretary. Green Party co-leader Caroline Lucas said:

It is hard to think of many politicians as ill-equipped for the role of Environment Secretary as Mr Gove. His record of voting against measures to halt climate change and his attempt to wipe the subject from our children’s curriculum show him entirely unfit to lead our country in tackling one of the greatest threats we face.

And Hudson echoes these sentiments:

It seems an ill-advised appointment if we want any real change. We will have to really keep the pressure up, but we are also seeing business interests changing too – many old energy companies are re-orienting to new energies and this will have an impact on government, as will pressure from farmers and communities that are being impacted upon by climate change, through flooding, drought etc.

The issue of renewables, and sustainability more broadly, appears to be more mainstream than ever. Labour leader Jeremy Corbyn was vocal about the environment during the 2017 general election campaign. He criticised Donald Trump’s withdrawal from the Paris climate change agreement, and May’s ‘dereliction of duty’ for not signing an EU-wide statement condemning Trump’s move. But Hudson believes the public has been waking up to the issue of the environment for quite some time:

In spite of setbacks like Trump’s absurd position on climate change, public awareness has really changed about what’s necessary for health, the environment and the future. We see the impacts all around us and we don’t like it. Politicians cannot stand aside from that scale of attitudinal change.

Her hopes for the issue of climate change and renewables being a priority for the Tories are reserved. Hudson says that they “need to realise that the public is not on their side over this issue”. But she also insists that the CND will try to “build alliances across civil society to maximise the pressure on government”. And pressure is indeed needed. Because, as The Canary has repeatedly reported, the Conservatives have ignored legal warnings over air pollution levels in the UK.

Illegal levels of nitrogen dioxide in the air, attributed in the main to diesel emissions, led to 40,000 early deaths in the last year alone. This means toxic air killed twice as many people last year as car crashes, breast cancer, and murder combined. It is roughly equal to the number of people who die each year from a stroke.

In London, nearly 10,000 people die each year as a result of air pollution. Researchers from King’s College London said there were 5,900 deaths in London in 2010 associated with long-term exposure to nitrogen dioxide (NO2). And 3,500 deaths were as a result of exposure to a particulate matter called PM2.5.

So action by campaigners and the public is needed now, more than ever. And Hudson is confident that the CND, now in its sixtieth year, can make a difference:

All the rational arguments have been won against nuclear power and nuclear weapons. It’s just common sense now to phase both out. They are tragic twentieth century technology and society needs to move beyond them and clean up the damage as best it can. This is where we are getting to, and we need a big final push on both fronts. We can do it!