The Department for Work and Pensions (DWP) didn’t seem to get the memo about Twitter not forgetting awkward tweets. As a tweet it put out in 2016 is doing the rounds again. And people aren’t happy with it.

In May 2016, the DWP tweeted about its 90-minute, one-way commute rule. It makes claimants look for work 90 minutes away. To this day, it’s still a requirement if you want certain benefits. But of course, the DWP didn’t spin it quite like that:

Look for jobs up to a 90 minute commute away. Travelling further opens up more vacancies https://t.co/i10x6ML5x1 #UniversalCredit

Just think! You too can enjoy Candy Crush on the 90-minute trip to your minimum wage job! But the DWP small print says the rule is part of the claimant commitment. Break this rule and it may sanction you.

So, for some reason the tweet resurfaced this week. And people were still not happy with the department’s idea of commuting:

And what do you suppose people pay for all this extended travel with? Buttons? #UniversalCredit @DWP https://t.co/UQl1GEAtHt

Since austerity began, the DWP has been used to weaponise our welfare state. It has sanctioned and humiliated the people it’s supposed to protect – driving many to the brink of survival – removed social security to ‘incentivise’ jobs, then closed job centres. This is rich ?? https://t.co/zKjCy8mDrc

It previously defended a daily three hour commute just to get the minimum wage. But writer Alex Tiffin showed that sometimes this could be an impossible demand. Because if you live in Scotland this could mean working in the… umm… sea. Maybe the DWP should get in it, too:

If you're on #UniversalCredit the DWP expect you to take a job within 90 minutes of where you live.

Excluding some points near edge of my radius because of transport issues, this is the area claimants in my area are expected to work.

One fifth of the entire United Kingdom. pic.twitter.com/AT2WArLq1D

Or if like me you live near Bromley, south London, you too could enjoy working in Brighton under its rules – if you take the train: 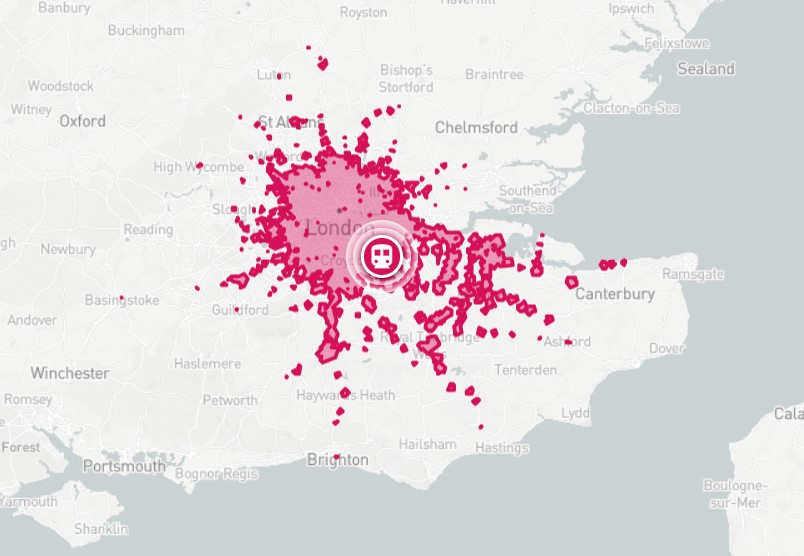 If you drive, you could soak up the sun each day on the south coast, while on £7.83 an hour: 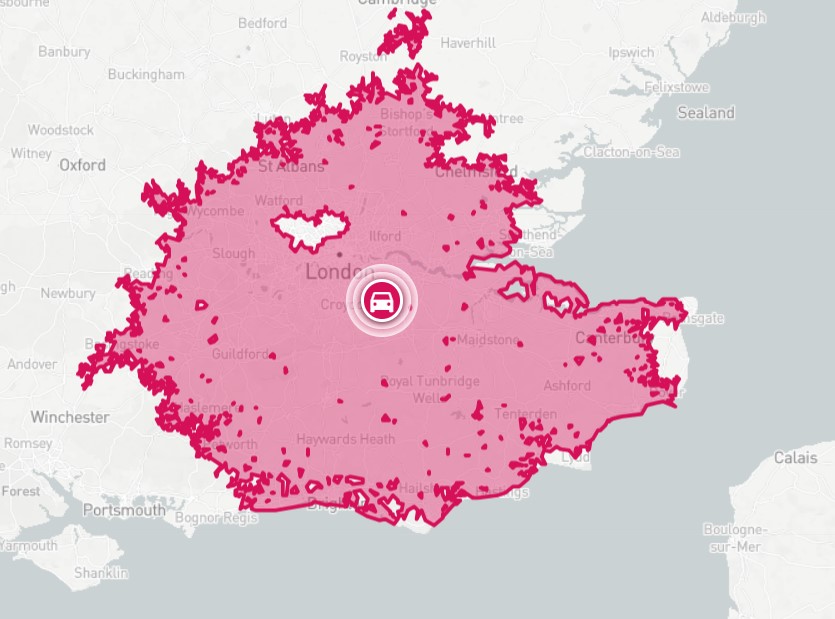 Meanwhile, “Jo” did the sums for the daft rule:

My 55 min commute to Sheffield costs £27.90 off peak return, £35.90 anytime day return, or £59.80 anytime return. I walk back & forth to train station, otherwise this would add on £5 extra. Living far away from where you work simply not financially viable for many. ? ? https://t.co/idBYoVDFVJ

But “Newsfox” maybe summed it all up best:

Earn fuck all and never see your kids. Yes it is the latest cheery advice from the DWP.

The DWP is getting more and more detached from reality by the day. So if you think its 90-minute rule is as daft as other people believe it is, tell the DWP on Twitter.