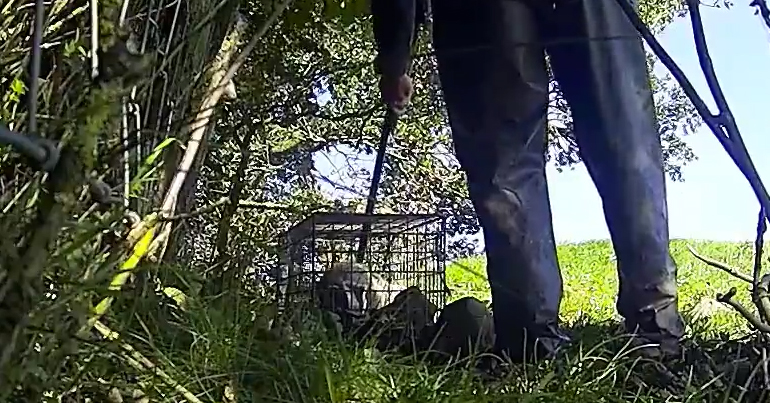 Titled Animal welfare impacts of badger culling operations, it highlights footage released on 30 September. In the video, a badger keeps moving for nearly a minute after being shot. Meanwhile, a cull contractor looks on. The open letter says this breaches “current Natural England best practice”. And it also “raises serious questions” about the capability of contractors in relation to badger welfare.

The letter, signed by vets from wildlife protection group Born Free, goes on to say:

The veterinary profession has no business supporting this licensed mass killing with all its inherent negative welfare and biosecurity implications, and for which the disease control benefits are, at best, extremely uncertain.

And it states that ongoing support for the cull by “veterinary bodies” could damage the profession’s reputation.

The BVA responded in a statement published alongside Animal welfare impacts on badger culling operations. While refusing to comment on the video, senior vice president John Fishwick says the body hasn’t “shied away from challenging practice in the past”. He also points out the BVA’s concern for trapped badgers during the summer heat.

The response says the:

BVA supports a comprehensive approach to tackling bTB that should include control measures in cattle alongside simultaneous and coordinated measures in badgers, other wildlife and susceptible farmed species.

Fishwick goes on to say the body’s approach is based on evidence and epidemiology. He also says the BVA believes the “the methods used in badger cull areas must be humane”. But the response doesn’t comment directly on claims of the cull’s “uncertain” effects on controlling bovine tuberculosis (bTB).

In a letter published by the Network for Animals on 20 October, another group called for the government to withdraw claims about the badger cull.

On 13 September, DEFRA announced success in two cull pilot areas. It said zones in Gloucestershire and Somerset showed reductions in new bTB outbreaks amongst cattle. But doubts were quickly raised by the Wildlife Trusts and by Rosie Woodroffe from the Zoological Society of London, as The Canary previously reported.

Now, a group of senior vets have detailed concerns about the government’s figures. The letter points to the difference between ‘incidence’ and ‘prevalence’. The former is what DEFRA’s September claim is based on. But the letter says:

Greater clarity [on bTB control] can be obtained by focusing on prevalence rather than incidence.

The cull’s impact appears different when looking at prevalence. In the three years leading up to the start of the pilots, the letter says, bTB prevalence fell in both areas. Once culling began, however, prevalence remained stable. It goes on to say:

Put simply, there are approximately the same proportion of bTB affected herds now, as there were before culling started. Badger culling has not resulted in a decrease in bTB in cattle in cull zones, for the prevalence remains unchanged.

In addition, the letter airs concerns that DEFRA hasn’t made its data public and calls for the government to release this information.

Speaking in the Guardian, however, DEFRA said:

The minister was commenting on this drop in new cases which is the primary measure behind our analysis on the effect of the culls. This is the same measure used in the randomised badger culling trial. Calling our calculation of the rate of new bTB cases ‘opaque and impossible to confirm independently without raw data’ is simply incorrect.

The 2018 badger cull is expected to kill up to 40,000 badgers. As in previous years, it has been the target of direct action by saboteurs. This year, though, has resulted in heavy-handed law enforcement. In early October, three people from Liverpool Hunt Saboteurs faced armed response while taking action in Cheshire. And in late September, Devon and Cornwall Police said drones could be used to monitor activists.

Evidence is catching up to the strength of passion from campaigners and activists. Blatant animal cruelty is bringing the cull to the doorstep of the country’s top veterinary body. The government’s massaged numbers are losing credibility. And experts are starting to ask if it’s human bad practice rather than uncontrolled wildlife that’s to blame.

– Check out groups taking action against the cull including Stop the Cull, Badger Action Network and Underground Badger Syndicate.

– Read more about the badger cull at The Canary.