The Department for Work and Pensions (DWP) has had to hire more staff. This is to deal with the levels of complaints from claimants. But the news also raises questions over how well it deals with them.

The DWP: buckling under the pressure?

As the FT Adviser reported, the DWP has had to hire 13 more staff. This is to cope with the amount of people complaining about the rise in the women’s state pension age. A body within the department deals with complaints. It’s the Independent Case Examiner (ICE).

As the FT Adviser reported:

Of these 3,161 were related to pensions, which had ‘increased significantly’ due to state pension age complaints

In a written answer on 16 October, DWP permanent under-secretary Justin Tomlinson said the DWP was funding 13 more ICE staff in 2018/19. It may need it – as the WASPI issue affects hundreds of thousands of women.

As the WASPI campaign explains, the result of these reforms is that:

hundreds of thousands of women born in the 1950s (on or after 6th April 1951) have been hit particularly hard.

They have seen their retirement age increase by up to six years. It has meant women cannot claim their pension until 65 from November 2018 and until 66 from October 2020.

It is these women that have been complaining in their thousands to the ICE. But, as its annual report shows, the majority of these women’s complaints are dismissed.

Of the 3,161 complaints people made to the ICE, it looked into 1,810 of them. Of these, it “resolved or settled” 14 without investigating. People withdrew five others. The ICE investigated the remaining 115, of which it:

It comes as the ICE’s own service standards report showed it was struggling to manage the number of complaints. Figures showed that for 2017/18 the ICE was only clearing 40.1% of its investigations into complaints within the standard 20 weeks: 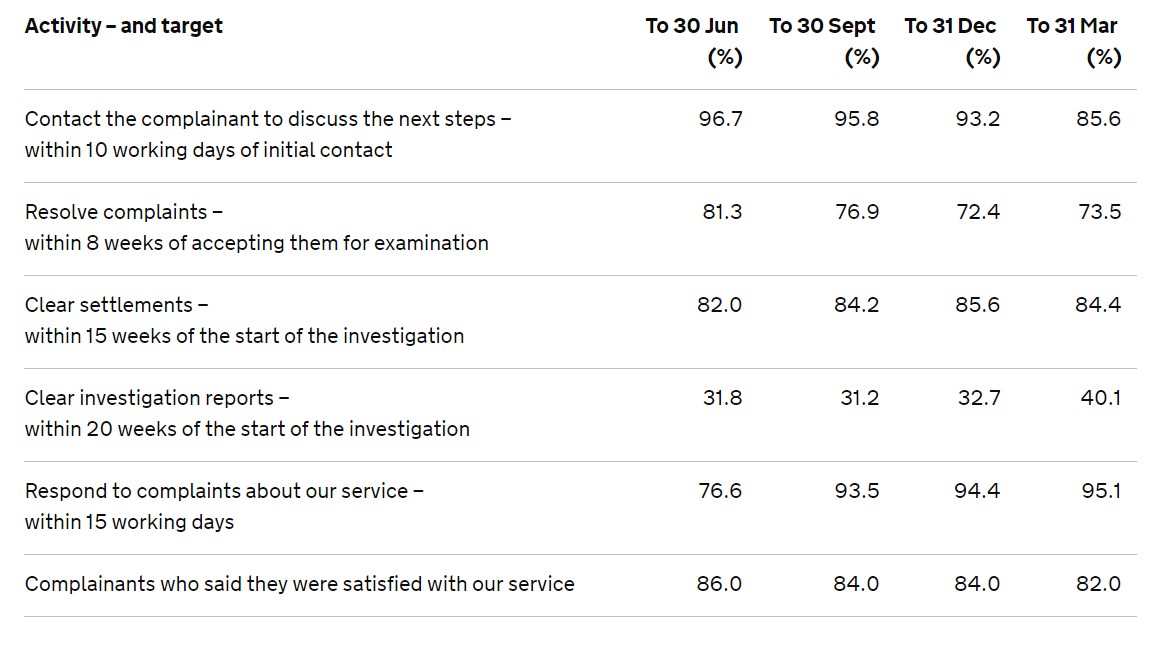 MPs have also been asking questions about ICE and its work.

On 13 September, Lib Dem MP Christine Jardine asked the DWP whether or not ICE was effective. Specifically, she asked:

what assessment she has made of the efficacy of the [ICE] in investigating complaints from women affected by state pension age equalisation measures.

The approach of successive governments has been consistent. The [ICE] is independent. She is appointed under contract to adjudicate on escalated complaints about the DWP… in cases where the complainant has exhausted the relevant internal complaints process and remains dissatisfied. If a complainant is dissatisfied with the outcome of an [ICE] investigation (or the service provided…) they can ask their Member of Parliament to escalate their complaint to the Parliamentary and Health Service Ombudsman

Chaos at the ICE?

On 16 October, Tomlinson answered another question over the ICE and women’s pensions. He published the numbers of people who had complained to the ICE since 2010. “Determined” means the ICE investigated: 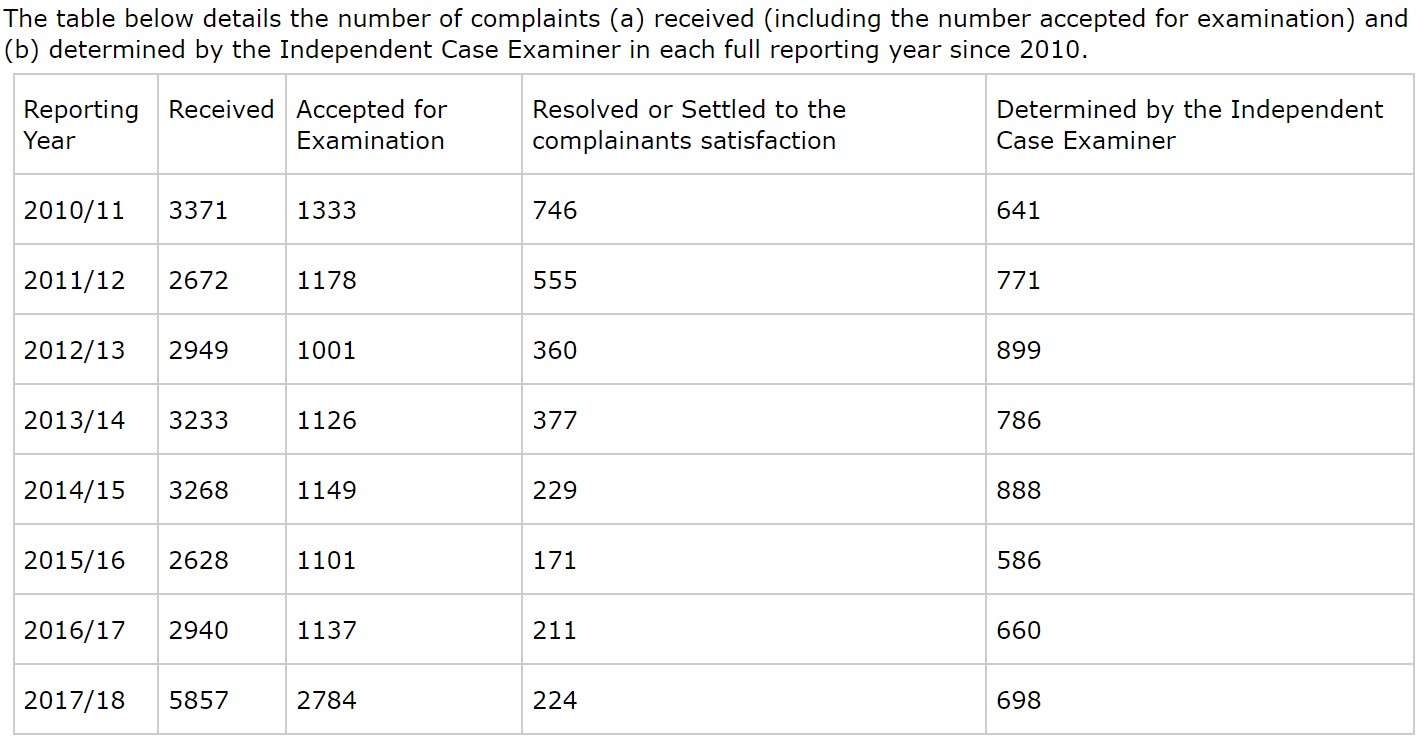 It seems the ICE has a far from a ‘consistent approach’, contrary to what Opperman said. Because in 2010 it “resolved or settled” 56% of complaints “to the complainants satisfaction”. But by 2017/18, this had collapsed to just 8%.

Complaints to the ICE are skyrocketing. Whether or not this is the reason for the high levels of cases it dismisses is debatable. But what is apparent is that with WASPI complaints through the roof, the DWP won’t brush this issue off easily.