Just before the bank holiday, the government quietly revealed plans to slaughter badgers across the whole of England - Canary 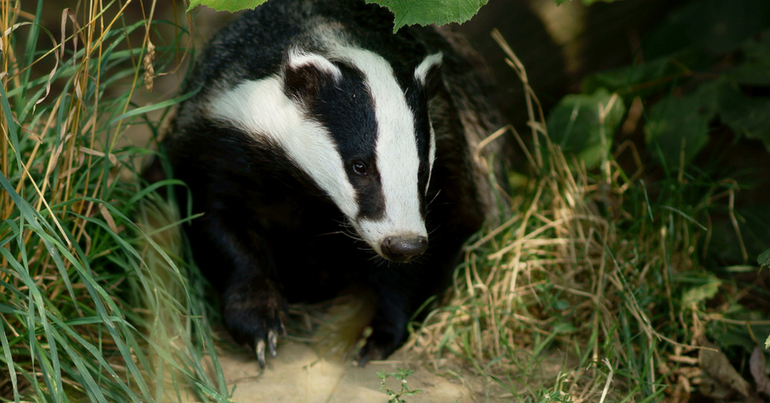 A government minister slipped out an announcement about extending the badger cull before the bank holiday recess. On 24 May, farming minister George Eustice quietly announced:

Following the recent consultation on the principle of allowing badger control in the low risk area (LRA) of England, I am announcing my intention to enable badger control measures in the LRA in the rare event that disease in badgers is linked with infected herds.

The badger cull currently operates in 21 areas. In 2017, 19,274 badgers were slaughtered in these areas. Dominic Dyer, CEO of the Badger Trust, told the Guardian that the cost of the cull could reach over £100m by 2020.

Eustice’s announcement means that no part of England will be safe for badgers. They will be able to be killed anywhere provided that:

veterinary epidemiologists judge an area to meet the published criteria for a [bovine TB] ‘hotspot’.

The Department for Food, Environment and Rural Affairs (DEFRA) ran a consultation in early 2018 on extending the cull to low-risk areas (LRAs). Some respondents [pdf p7-8] were in favour of badger control, including the National Farmers’ Union, the Country Landowners’ Association, the National Beef Association and the British Cattle Veterinary Association. However, the report states [pdf p7] that:

Most respondents, who answered the question, expressed broad opposition to controlling the risk from badgers with TB in the LRA.

The report fails to properly address whether badger culling is effective in preventing the spread of TB in cattle. In its submission to the Defra consultation, the Zoological Society of London states [pdf,p1]:

While recognising that badgers can and do transmit TB to cattle, we note that the best estimates indicate that approximately 6% of TB-affected cattle herds become infected from badgers, with the remaining 94% acquiring infection from other herds… Badger culling has the capacity to increase cattle TB as well as reducing it, making it an unsatisfactory tool for TB control. Primary analyses have so far revealed no significant reduction in cattle TB from farmer-led culls.

This notion is even backed up by the Defra report itself, which states [pdf, p15]:

Sporadic cases of bovine TB do occur in the LRA, mostly due to movements of TB-infected cattle that escape detection through routine and pre-movement cattle testing.

Almost twenty years ago, the Labour government commissioned a comprehensive study [pdf] of the effects of badger culling on bovine TB. It ran from 1998 to 2006. The conclusion [pdf, p5] of that study was clear:

… badger culling can make no meaningful contribution to cattle TB control in Britain.

Defra already has huge cull targets. The new policy may see that number increase even further. It’s a disaster for science and a disaster for the public purse. But most of all, it’s a disaster for badgers. Eustice may have hoped we wouldn’t notice his little announcement. But we did – and we should all raise our voices to oppose this new slaughter.

– Support organisations opposing the slaughter: Badger Action Network, Stop the Cull, The Wildlife Trusts, the Badger Trust, the Save me Trust.