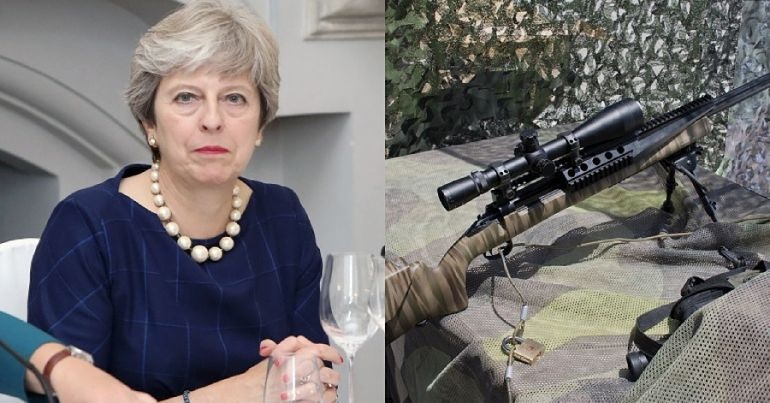 Latest figures show the UK has sold a record amount of arms to Israel. And the news comes as Israeli violence against people in Gaza has once more reached horrific levels.

On 14 May, Israeli troops’ actions lead to the deaths of at least 60 Palestinian protesters. The extent of the violence was so great that the UN Human Rights Council (UNHRC) voted to investigate violations of international law in Gaza. It suggested Israel’s actions were “wholly disproportionate”.

Although the UK government abstained from the UN vote, it now faces questions about whether Israel used UK-made weapons in the violence last month. Because the latest figures from Campaign Against Arms Trade (CAAT) show that in 2017, the UK approved £221m worth of arms licenses to defence companies who export to Israel.

According to War on Want, since 2014 [pdf, p1] the “UK government has approved over £490million worth of arms exports to Israel”. These weapons include [pdf, p2]:

In 2010, a cross-party report found that UK arms exports were “almost certainly” used by Israel to attack Gaza.

There is little doubt that UK equipment has been used against the people of Gaza time and again, but that hasn’t stopped successive governments from licensing even more arms to the Israeli military.

Smith called the attacks a “massacre” and said:

By continuing to arm Israeli forces the UK isn’t just making itself complicit in future attacks, it is sending a message of support for the collective punishment that has been inflicted.

In addition to the deaths, over 2,400 people were injured as the Israel Defense Forces (IDF) opened fire. Children and a baby are among the dead and injured.

But Israel and the US have defended the violence. According to the Israeli-US narrative, Palestinians, and specifically Hamas, were largely to blame for Israel’s killing of civilians.

Don’t make this about Hamas. Keep your eyes on what Israel is doing. Stop blaming the victim, and scrutinise what the aggressor is doing here.

These latest figures show that we also need to scrutinise the actions of the UK government. Because when it profits from arms sales to Israel, that makes it complicit with this aggressor. And that’s a source of national shame.

– Sign the petition to end UK arms sales to Israel