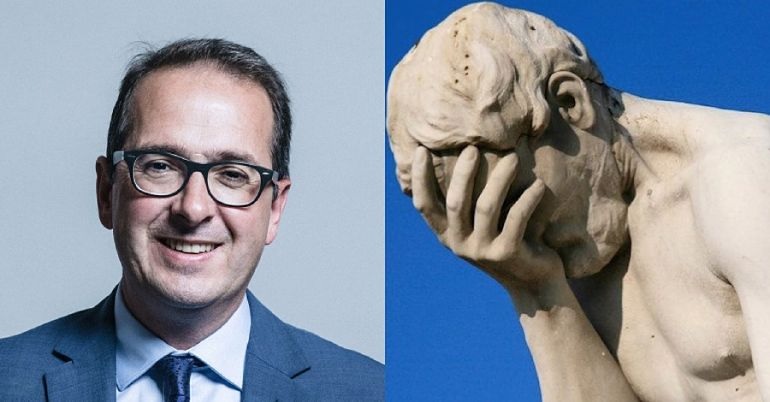 Failed Labour leadership candidate MP Owen Smith isn’t having a very good weekend. He jumped in on a Twitter thread to apparently ‘out’ John McDonnell’s communications chief, James Mills. But Smith got the wrong guy and social media users had a field day.

Twitter user @James4Labour joined in a conversation about Labour’s policy on Brexit and a second referendum. They tweeted:

We did! We were offered a second referendum by @OwenSmith_MP: he was rejected overwhelmingly.

Labour also ran on a manifesto pledge respecting the referendum result: to leave.

Smith, however, couldn’t help himself. Seemingly believing ‘James’ was Mills, he attempted to ‘out’ him, evidently thinking this was Mills’ anonymous social media profile. It was a cheap dig:

Hey, someone told me this evening that you are James Mills who works for John McDonnell. Haven’t you got some proper work to do, James?

But as @James4Labour was quick to point out:

Haven’t you got something better to do with your time?

I’m sure the good folk of @johnmcdonnellMP’s office aren’t foolish enough to use the same name if they were operating undercover.

And Twitter fell about laughing at the failed Labour leadership candidate:

But as other people pointed out there is a serious side to what Smith did:

You actually think this is an appropriate way to raise an issue about someone you have been “told” is a staff member? What if what you have been told is not true ? Or if it is true public shaming of Party staff? Really?

And others pointed out that higher standards of verification should be expected from an MP:

Seriously. Incorrectly doxing someone on Twitter based on the word of a single anonymous source isn't a good look for an MP.

But it seems Smith wasn’t even prepared to offer an apology. @James4Labour contacted him to ask:

What time can we expect your apology?

Smith responded by calling them a “troll”:

It’s easy to make mistakes and wrongly identify people on Twitter. But no one, let alone an MP, should be publicly trying to expose someone if they’ve chosen to keep their anonymity: especially via hearsay.

Having done so, and then getting the wrong person, the least Smith could do is offer an apology.

At least we can just be thankful he didn’t end up as Labour leader.