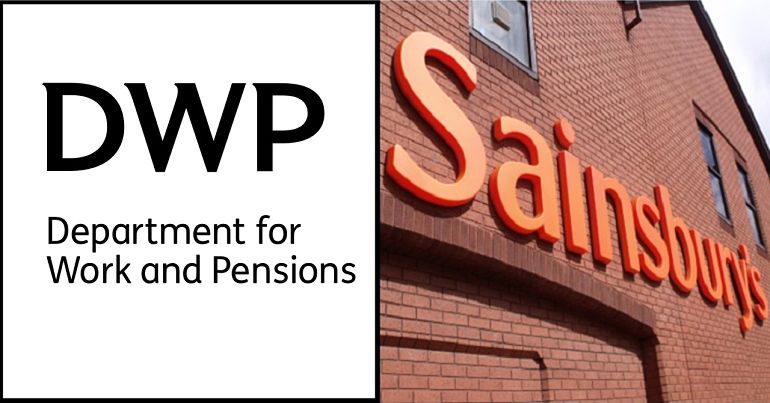 The Department for Work and Pensions (DWP) has been colluding with Sainsbury’s to spy on welfare claimants and disabled people.

The DWP: in bed with Sainsbury’s?

https://t.co/U2HsjFnXVB "Occasionally we share CCTV with public or regulatory authorities such as the police or the DWP or in response to requests from individuals seeking to protect their rights or the rights of others."
DWP? Neither public nor regulatory auth? #privacy

They believe that this clause is new:

Tesco has a similar policy, but doesn’t specify the DWP:

A Sainsbury’s spokesperson told The Canary:

As will be the case with other businesses and public organisations, from time to time we will receive requests to share CCTV with the police or regulatory authorities. We will consider each request on its own legal merits and only share where appropriate.

Surveillance helps us to prevent and detect crime, and is only used in strict accordance with the law. The DWP uncovers thousands of benefit fraud cases every year and recovered a record £1.1bn in overpaid benefits last year.

The DWP harvesting data when it investigates suspected benefit fraud is nothing new. As it stated in reply to a Freedom of Information request (FOI):

Fraud investigators can where appropriate access publicly available information, such as on Facebook, Twitter etc., to gather evidence. Investigators cannot create fake social media profiles to engage with suspects in order to obtain evidence about that individual and again these activities are carefully managed and controlled.

Fraud investigators can request CCTV footage as part of a specific investigation or operation under and in accordance with the Data Protection Act 1998 and the CCTV Code of Practice 2008, issued by the Information Commissioner’s Office.

As SKWAWKBOX reported, there has been anecdotal evidence that the DWP has been asking leisure companies, like theme parks, for CCTV footage of claimants using their facilities. But moreover, this ‘big brother’ attitude to welfare claimants, and specifically disabled people, has been developing for years.

Last year, the UN accused successive Conservative-led governments of having “some responsibility” for society seeing disabled people as “parasites, living on social benefits… and [living on] the taxes of other people”. It previously said in 2016 that successive governments had created a public perception where disabled people:

have been… negatively portrayed as being dependent or making a living out of benefits; committing fraud as benefit claimants; being lazy and putting a burden on taxpayers, who are paying ‘money for nothing’.

The evidence validates the UN’s claims. As the Guardian reported, between 2010 and 2015 the public reported over 1.6m cases of alleged benefit fraud to the DWP. But of these, 85% were false. Also, as The Canary previously reported, actual benefit fraud is relatively rare – totalling 1.1% of the tax credits bill. For the DWP, benefit fraud and error accounted for 1.9% of its total bill.