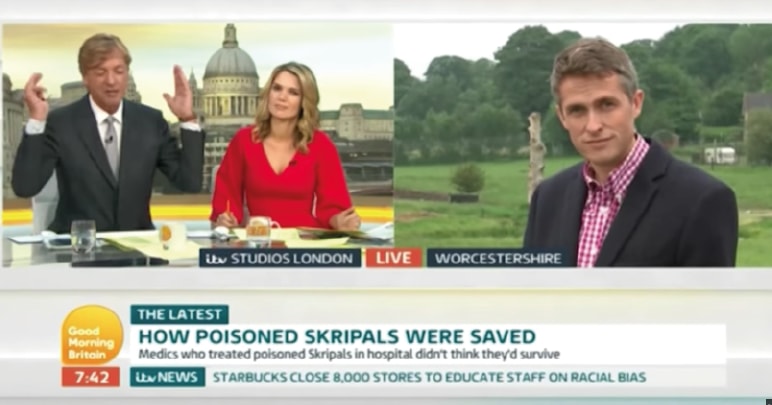 Politicians are known for going out of their way to avoid answering questions. But one interviewer has now taken a stand against this. Because Richard Madeley, interviewing Gavin Williamson, opted to end an interview rather than listen to any more deflections.

Madeley was questioning Williamson about his response to the Salisbury poisoning case. Specifically, he wanted to know if Williamson – the defence secretary – regretted telling Russia to “go away and shut up”. Williamson responded by not answering the question.

The problem for Williamson was that Madeley wouldn’t let it go. He just repeated the question as clearly as he could:

Williamson’s response was far less than clear, though. And that led Madeley to respond:

You’re not going to answer, are you? Okay… interview terminated because you won’t answer the question… it would be helpful if you answered a straight question with a straight answer.

A bemused Williamson looked like he couldn’t understand what was happening.

Blimey, not often you see an interview terminated by the host because a politician isn't answering questions. You can literally see the horror on Gavin Williamson's face https://t.co/5lBVSjyzgU

The government is unlikely to be happy with this embarrassing situation. But the people who are sick of dishonest politicians were thrilled: 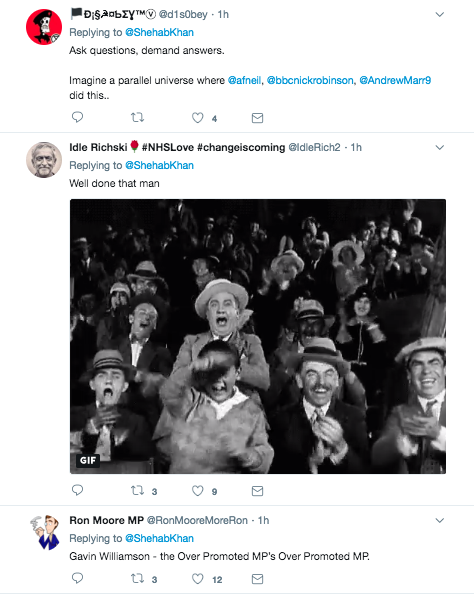 People also had something to say about the man in general:

The more I see Gavin Williamson, the more I'm convinced that he's the political equivalent of those guys who show up at high schools and pass themselves off as students for months, and it's only with hindsight that everybody's like "Well yes I suppose the signs were there" pic.twitter.com/4epVPxnNcW

Williamson became the defence secretary during the middle of a scandal involving the whips’ office. This was described as “truly astonishing” at the time, because Williamson was the chief whip. It also led to several prominent people in politics questioning how that happened:

Tarantula man Gavin Williamson as May's Defence Secretary promotes a shadowy Chief Whip who knows where bodies are buried. He buried them

So. The chap who sat on the dossier of indiscretion is the new Secretary of State for Defence. I won’t reveal the words used in the newsroom

The career trajectory of Williamson shows exactly why the media must hold politicians to account.

People need to know if politicians are trustworthy. And interviews being terminated because a politician won’t answer a question should be the norm.

– You can also read more Canary articles on Gavin Williamson.