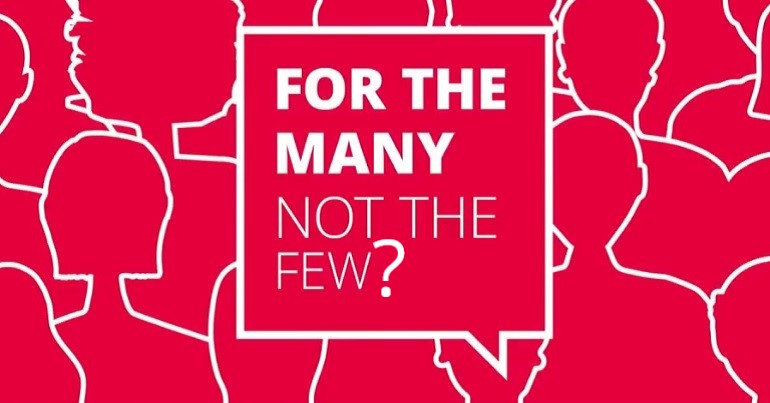 Labour-led Lambeth Council is once again under fire, this time being accused by the co-leader of the Green Party of doing “the worst kind of politics” to protect its own “gravy train”.

In its full meeting on Wednesday 23 May, Lambeth Council agreed on the rates of “special responsibility allowances” for councillors. These are extra money for councillors who perform additional duties on top of their normal roles. They include, for example [pdf, p1], the chief whip and chair of the overview and scrutiny committee. But the leader of the opposition of the council also gets an enhanced rate of pay.

In 2017/18, the then-leader of the Conservative opposition, Tim Briggs, received [pdf, p1] £5,613 on top of his standard remuneration for being a councillor. Now that position is taken by Green Party co-leader and councillor for Streatham Jonathan Bartley.

But at the meeting, it was announced that Bartley had received [pdf, p1] an additional £10,594 compared to Briggs. The announcement has prompted an angry response from Bartley; not least because he specifically didn’t ask to be given a pay rise.

The Canary asked Lambeth Council for comment. It said because it was a political matter the Labour Party must deal with it. So Labour councillor Jack Hopkins, a deputy council leader who gets £28,518 in additional allowances [pdf, p1], told The Canary:

The Green Party made a big play during the election about doing things differently and being straight talking. But their very first act as the official opposition has been to ask for more money privately, while at the same time publicly making a moral song and dance about councillors’ allowances. It’s a shameful example of politicians saying one thing in private, and then a completely different thing in public, and shows why Lambeth residents can’t trust the Green party.

But emails passed to The Canary show that Bartley was asking for more money; just not for himself.

The Canary has seen an email dated 14 May, in which Bartley had asked Labour’s Lib Peck, who gets an additional allowance [pdf, p1] of £40,617 for being council leader, if there was:

a way that some small amount of money could be reallocated from other additional allowances to provide a small allowance for both the deputy opposition group leader and opposition chief whip? I think it would also be an important signal…  rather than increase the allowances budget it might be possible to reallocate an additional £5,000 from other allowances?

He was asking for £2,500 in special responsibility allowances for each. Then on 23 May Bartley sent a second email; this time to Labour’s Jane Edbrooke, who gets an additional allowance [pdf, p1] of £16,356 for being Labour’s chief whip. Ahead of the full council meeting, Bartley told Edbrooke:

To be crystal clear, there was no request – direct or otherwise – for a pay rise for myself. The request was explicitly for a small amount of remuneration for the deputy and whip of the green group only…

I am sure it is not your intent to mislead but as the whip I need to make you aware that any attempt by any member of the Labour group to present this as a request for a pay rise from myself would be to misrepresent the facts.

The Canary did not see any emails apart from those sent by Bartley. But it appears the council ignored his requests and tabled the £10,594 payrise for his position, which was passed by the council.

Lambeth Labour tweeted about it after Bartley said it “voted to award Lambeth councillors £472,335 in ADDITIONAL allowances”:

Not true. Allowances were cut tonight…apart from for the Green leader of the Opposition who got a 200% pay rise #kerching https://t.co/FkkwIMMe01

While rightly criticising cuts to Lambeth Council of 56% from central Government, Lambeth Labour continues to award itself over £450,000 in additional councillor allowances. On its own this is obscene. But to also increase the allowance of the opposition leader purely to provide political cover for its own gravy train is the worst kind of politics. It is time that Lambeth councillors stood in solidarity with those they claim to represent.

If by “worst kind of politics” Bartley means behaving like school children, trying to get one over on the other children in the playground, then he’s right. Because that is exactly how Lambeth Labour’s actions could appear to many of its constituents.