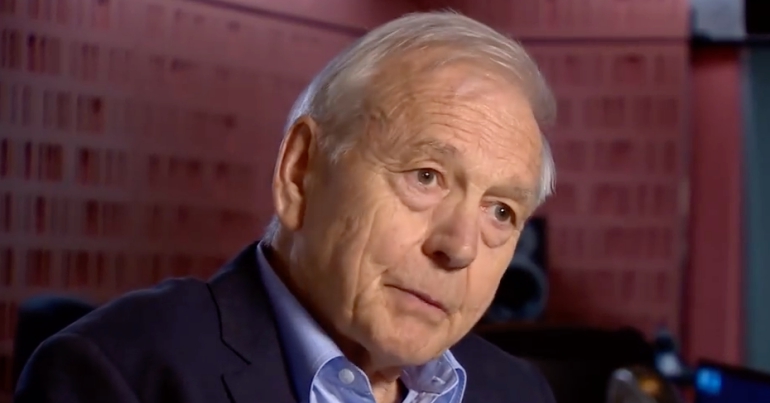 On 29 May, Radio 4‘s John Humphrys interviewed Clare Akamanzi, CEO of the Rwanda Development Board, on the BBC‘s Today programme. The interview was about Rwanda’s decision to invest £30m to sponsor Arsenal F.C. to promote tourism. The deal has prompted criticism because of the country’s human rights record, the fact that it’s the 20th poorest country in the world, and because the UK is giving [pdf] it over £60m in aid.

But while these criticisms are valid, Humphrys’ tone throughout the interview was not. And Akamanzi only needed eight words to nail everything that is wrong with Humphrys, saying:

You are either ill-informed or ill-intentioned.

Akamanzi attempted to explain why tourism is good for Rwanda:

Rwanda has a goal. Our goal is to not remain a poor country.

And she stated that Rwanda wanted to get to the point where it was no longer reliant on aid; in particular, to double its income from tourism. She asked:

How is that going to happen if we are not proactive in how we market ourselves to the world?

But Humphrys repeatedly derided the sponsorship deal as “bizarre” and “eccentric”. He also appeared to fail to understand how advertising works:

People on Twitter were quick to call Humphrys out:

Glad others noticed terribly embarrassing #r4today with #Rwanda. John Humphreys would not challenge a Western government's tourism drive on the basis of other issues in their country. Conflating British #aid with #Rwanda's economic policies is shortsighted

Perhaps the real #bbcnews at 8am on #r4today should have been the Rwandan Tourism Spokeswoman calling out John H. for “having a problem” over Rwanda’s ‘bizarre’ advertising on Arsenal’s shirts. Would he call the likes of Emirates, Chevrolet, and loads of others ‘bizarre’

#r4today This sounds like Humphrys in full Daily Mail mode, refusing to understand what may be perfectly sensible marketing by Rwanda.

Twitter users also pointed out other problems with Humphrys’ interview:

#r4today John Humphrys has long been a national embarrassment, now he's gone international with his bigoted and ill-informed Rwanda interview.
How much longer must we put up with him?

#r4today Devastating display of ignorance on Rwanda by John Humphrys.A dinosaur.Knows nothing abt Rwanda or Africa today. And rude in the manner of White Imperial Man towards his excellent Rwandan guest. Today prog? Retitle it: Yesteryear Today. How can BBC tolerate this rubbish

Others highlighted the double standards in the interview:

This piece on Rwanda is sickeningly racist and colonialist, in tone and attitude.
Humphrys has to go.

And odd isn’t it, that #r4today never challenges the Saudis or Israelis on human rights and torture like this.

And some social media users observed areas that Rwanda is excelling in, such as gender equality (and providing universal eye-care):

What was it with #r4today this am? Staggeringly patronising interview with #Rwanda rep by @JohnHumphrysr4 for its ad deal with #arsenal followed by sympathy call for Ambramovich for not getting his visa speedily. BTW @BBCr4today Rwanda is top 5 in world for #GenderEquality

Whether or not you’d choose Rwanda as a tourist destination is another matter. President of Rwanda Paul Kagame won the election in 2017 with 98.8% of the votes. Human Rights Watch interviewed people “who spoke of intimidation and irregularities during the campaign and voting period”. Diane Rwigara, a businesswoman who attempted to stand against Kagame, is currently on trial with her mother – accused of [paywall] “inciting insurrection or trouble among the population”. There are also reports of extrajudicial killings and torture. And Reporters Without Borders has called Kagame a “predator of press freedom”.

But this is the case with many tourist destinations. Turkey, for example, has an appalling human rights record and has recently been found guilty of war crimes by the Permanent Peoples’ Tribunal in Brussels. Reporters Without Borders, meanwhile, has called the country “the world’s biggest prison for the media profession”. Its income from tourism in 2017, however, was $26.3bn; and it’s unlikely that the BBC would have questioned its promotion of tourism in the same way as Rwanda’s.

It was later in the Today programme, however, when Humphrys revealed part of his problem. Speaking about Starbucks closing 8,000 stores across the US for ‘racial awareness training’, he stated:

You can’t change that attitude with a training course… if it’s been inbuilt… for the whole of his life.

And if Humphrys believes that attitudes can’t change with training, then there really is no hope for him. He’ll continue conducting interviews that people find racist, colonialist and patronising. And this is not something any of us should want from our public service broadcaster.