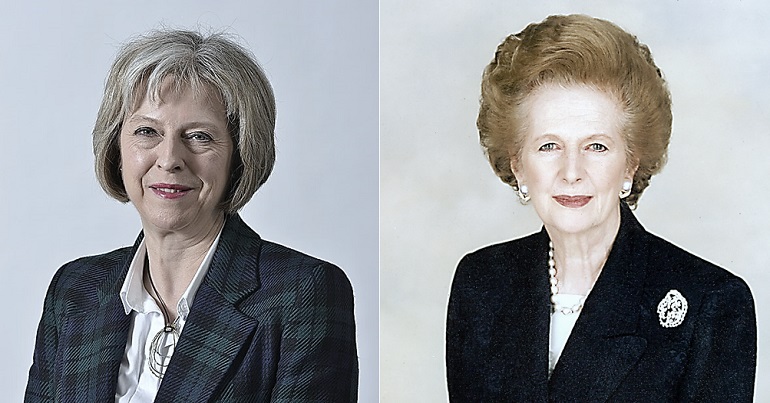 Theresa May could soon have a lot more in common with Margaret Thatcher. Or she will if a group of “heroic” workers has its way – because former miners are about to take her and her government on.

On Wednesday 6 June, a rally will be held outside parliament for the UK’s former miners. It’s organised by the UK Mineworkers Pension Scheme Association (UMPA). The rally aims to highlight the ongoing controversy over the pensions of former mine workers. So far, the government has failed [pdf, p23-24] to act over what one miner referred to as being “financially penalised all the way to the grave”. So now, they intend to make May and the rest of parliament aware of their situation. It’s one that’s been in the making for over two decades.

As The Canary previously reported, the miners took well-documented industrial action against Thatcher’s Conservative government in 1984/85. But how the miners’ pension scheme has been run by the Treasury is less well known. Or most notably, the fact that successive governments have funneled money, to the tune of around £8bn [pdf, p10], out of the scheme, while leaving many miners destitute.

The rally, which meets at Old Palace Yard (opposite parliament) at 12:30, is supported by veteran Labour MP Dennis Skinner and campaigning lawyer Peter Stefanovic. A meeting inside parliament will follow the rally. Stefanovic said in a video that the miners:

Risked their lives every day for you and me, working deep underground in the most hellish and dangerous conditions imaginable… They need our support…. We’re talking daylight robbery on an almost unimaginable scale…

ON JUNE 6th OUR HEROIC FORMER MINERS, MEN WHO RISKED THEIR LIVES EVERYDAY FOR US working deep underground in the most hellish & dangerous conditions imaginable to keep our homes, our hospitals & our schools warm will be holding a NATIONAL RALLY AT WESTMINSTER & need our support! pic.twitter.com/DksFAcCPFl

When the then Conservative government privatised [pdf, p1] British Coal on 1 January 1995, it agreed to protect the miners’ pensions by underwriting them. The schemes would track the rate of inflation, and rise accordingly. In return, the Treasury would take half of any extra cash that was generated (surplus).

The miners’ pensions hit the headlines in 2003, under Tony Blair’s Labour government. Then, the pension funds were facing a £1bn shortfall. But Blair’s government insisted on still taking its share of the money. As The Evening Standard reported at the time:

The government is enforcing a nine-year-old deal that allows it to drain billions from miners’ pension schemes. Even though the funds are heading for a deficit of nearly £1bn because of depressed stock markets… with the Treasury draining the funds at the rate of £400m a year…

In 2003, a miner’s pension was worth around £41.50 a week, though some older men got as little as £10 a week. In contrast, the assets of the two funds at the time were around £20bn. By 2008, the government had made [paywall] over £3.5bn out of the pensions scheme. By June 2016, this figure was nearer [pdf, p10] to £8bn. But as The Canary previously reported, the government made this money using an economic sleight of hand. Essentially, it was making [paywall] its own ‘guesstimates’ about by how much the pensions funds should be in surplus and then pocketing it accordingly.

To add insult to the miners’ injury, the government has not had to pay a penny into their pension funds to draw the £8bn out.

May versus the miners?

The miners aren’t happy with the government. Firstly, the Conservatives chose to rip their pensions off in the first place. Now, May’s government is doing nothing about it. So just as they fought back against Thatcher’s government, they’re fighting back again, but this time against May’s.

– Find out more about the rally on 6 June and about the miners’ pensions.